Swapping the blastbeats and powerchords of his more habitual extreme metal for piano and string arrangements, Catten avoids the well-trodden path taken by most metal acts-turned-electronica. Instead of simply re-creating the dynamic of a metal band by replacing drums, guitars and bass with electronic voices which fill the same sonic roles, Catten chooses to embrace neo-classicism/post classical from a different starting point. The strings are dominant, mostly minor key violin figures designed to convey the negative emotions which are the only aspect of his extreme noise projects which he carries over into this solo work.

Heavily-struck piano chords and notes reinforce the doom-laden mood of the shorter pieces; dissonant, atonal and dramatic. Only then do the electronic effects and motifs enter – sometimes in the form of samples (distraught female wailing, yelling male); sometimes industrial machine howl; sometimes the merest distortion or modulation of the analogue instruments to give them a disturbing off-key twist. It’s high-concept, and difficult listening from a man who takes a pride in clearing venues. That said, it fits logically enough into a category of musical expression which includes Boulez, Ligeti and John Cage.

Of the four shorter pieces, ‘The Jedi and the Selective Mute’ is most worthy of note. Throughout the release there is a standoff of sorts between the electronic and analogue components of the compositions. Mostly, the piano and strings take the safe, predictable melodies, whilst the electronic voices provide the chaos. In this track though, the off-kilter madness comes directly from the piano, with little more than a brooding drone coming from the electronica toolbox. The piece starts and finishes with a simple, reassuring melody, but is shattered into a disturbing, unstable cacophony mid-way. Whatever damning commentary on society is conveyed by the mid-section, the run-out of the piece projects a brittle hopefulness.

The album’s first four pieces lumber heavy handedly through the slightly juvenile bonkers piano figures, doomy effects and screaming voices as preparation for the final track: ‘Finale: Serenity in an Ocean of Storms’, named with a verbose attention to detail which will be familiar to his fans (one of the songs in his back catalogue is entitled:  ‘It Still Makes Me Laugh To Think Of You Choking On Your Own Vomit’). 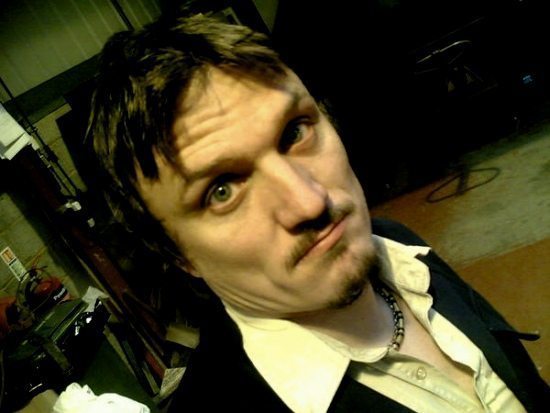 It is almost as if Catten has been toying with our tolerance over the previous four tracks, choosing only to reward the devoted listener with this exhibition of what he is capable of. And, my word, the man is certainly capable. ‘Finale’ is stunning, fantastic, jaw-dropping. The themes of serenity and storm are treated fairly transparently. Serenity is portrayed in a traditional arrangement of piano and strings, whilst the storms are given an arsenal of electronic voices ranging from machine-code resonance trickery to wailing feedback emulations. Whilst the piano and string development of the serenity theme is a touch sugary at the outset, when the storm brews, it does so with gusto.

Catten’s arrangement of electronic noise is challenging, certainly, but worth every second. In a piece which juxtaposes traditional piano motifs simultaneously with intrusive digitized, brick-walling, dissonant sounds, it is the electronic commentary on the piano/strings theme which is by far the most interesting. At around twelve minutes in, where the two opposing themes/treatments are reconciled, the piece is at its most intriguing – the electronica easing down, reluctantly, into a fading howl of warped feedback before giving way to the fluttering piano loop which plays the track out. If the visual metaphor that the title suggests is to be followed through, the significant factor is that the piano motif which ends the piece is faster, more energetic than the morose ambience of the opening minutes. Although he leaves us with the serenity, it is a serenity that has been well and truly energised and invigorated by surviving the storms. Innocence and experience, if you like: that eternal human theme.

With only two-hundred CDs being pressed, Catten clearly acknowledges that this album is not destined for mainstream acceptance. It is at times brutal, egotistical and wilfully obtuse. Even where it is outstandingly beautiful, it is a fragile beauty, hard-won and constantly threatened. That is why it is so inspiring and rewarding, and why the juxtaposition of strings/piano and electronic future noise is so apt. You can’t dance to it, but it may well inspire you.