Opossum in your Snakebite, Sir?

The antivenom would probably work against venoms from poisonous snakes, as well as against scorpion, plant and bacterial toxins 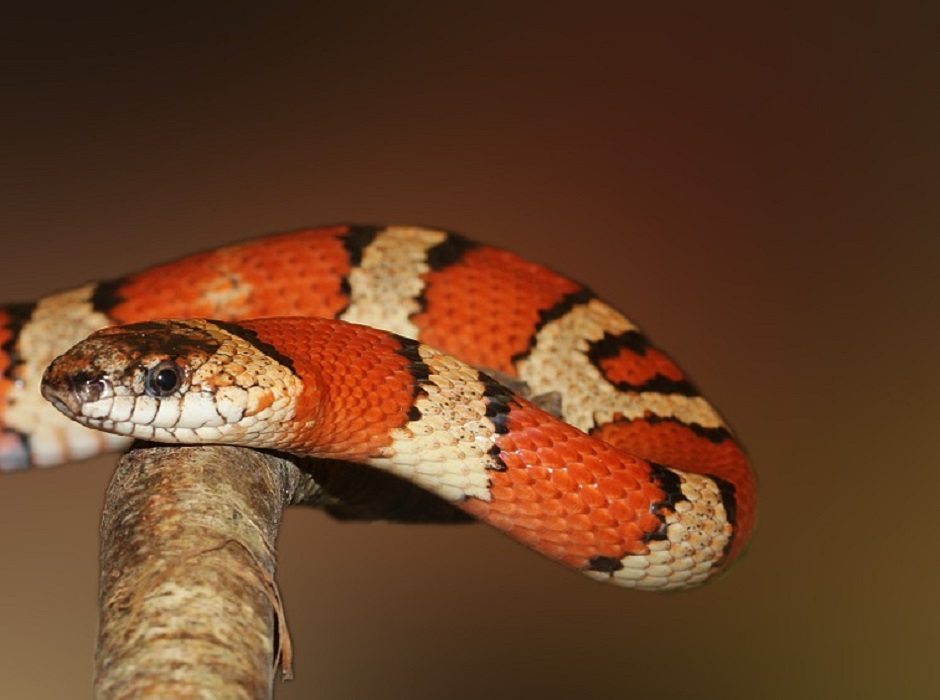 Take the sting out of your snakebite with opossum juice. Or add some blackcurrent cordial for a purple nasty?

Scientists will report in a presentation today that they have turned to the opossum to develop a promising new and inexpensive antidote for poisonous snake bites. They predict it could save thousands of lives worldwide without the side effects of current treatments.

The presentation will take place here at the 249th National Meeting & Exposition of the American Chemical Society (ACS), the world’s largest scientific society. The meeting features nearly 11,000 reports on new advances in science and other topics. It is being held through Thursday.

Worldwide, an estimated 421,000 cases of poisonous snake bites and 20,000 deaths from these bites occur yearly, according to the International Society on Toxicology.

Intriguingly, opossums shrug off snake bite venom with no ill effects. Claire F. Komives, Ph.D., who is at San Jose State University, explains that initial studies showing the opossum’s immunity to snake venom were done in the 1940s. In the early 1990s, a group of researchers identified a serum protein from the opossum that was able to neutralize snake venoms. One researcher, B. V. Lipps, Ph.D., found that a smaller chain of amino acids from the opossum protein, called a peptide, was also able to neutralize the venom.

But Komives says it appears that no one has followed up on those studies to develop an antivenom therapy — at least not until she and her team came along. Armed with this information, they had the peptide chemically synthesized. When they tested it in venom-exposed mice, they found that it protected them from the poisonous effects of bites from U.S. Western Diamondback rattlesnakes and Russell’s Viper venom from Pakistan.

The exact mechanism is not known, but recently published computer models have shown that the peptide interacts with proteins in the snake venom that are toxic to humans, she says. “It appears that the venom protein may bind to the peptide, rendering it no longer toxic.”

Komives’ team showed that they could program the bacteria E. coli to make the peptide. Producing the peptide in bacteria should enable the group to inexpensively make large quantities of it. The peptide should also be easy to purify from E. coli.

“Our approach is different because most antivenoms are made by injecting the venom into a horse and then processing the serum,” says Komives. “The serum has additional components, however, so the patient often has some kind of advers

e reaction, such as a rash, itching, wheezing, rapid heart rate, fever or body aches. The peptide we are using does not have those negative effects on mice.”

Because the process is inexpensive, the antivenom has a good chance of being distributed to underserved areas across the globe, according to Komives. That includes India, Southeast Asia, Africa and South America, where poisonous snakes bite thousands of people every year.

Komives says that based on the original publications, the antivenom would probably work against venoms from other poisonous snakes, as well as against scorpion, plant and bacterial toxins.

The new antivenom has another potential advantage: It likely could be delivered in just one injectable dose. “Since when a snake bites, it injects venom into the victim in different ways, depending on which part of the body is bitten and the angle of the bite, it is likely that each snake bite would need to be treated differently,” says Komives. “It is common that additional antivenom needs to be injected if the patient continues to show the effects of the venom.” But because the new antidote appears to have no side effects, at least in mice, it probably could be given in one large dose to attack all of the venom, making additional injections unnecessary, she explains. The team plans to test this theory soon. They also will make large quantities of the antivenom and test it on mice, using a wide variety of venoms and toxins.