Only The Support: How To Steal The Show

Bristol Indie-Rockers Coasts made for a stellar night with their headline appearance at Kentish Town‘s O2 Forum… But how did openers Only The Poets fare in navigating the crowd?

Indeed, over time we’ve witnessed the birth and growth of the likes of Blur, Arctic Monkeys and more recently the mighty Wolf Alice but we have also seen a thousand stumble and fall. What did ever happen to Proud City Fathers? As Mr Rogers once said, “Everybody can’t be on top”. Not always a reflection on the talent, it’s a roll of the dice I guess, the brutal nature of the artistic/musical beast machine.

The real joy of the live music scene is not always watching the main act do their super polished thing; often times the real joy is witnessing the voracious hunger of the support bands or indeed the support-support bands. 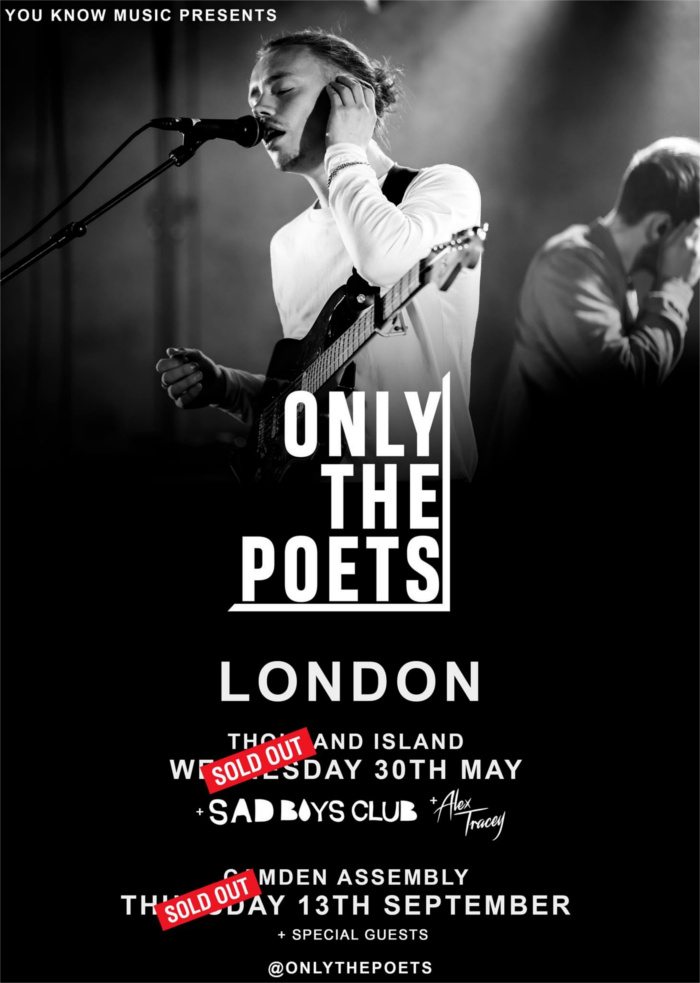 Seeing the snarling, raw new talent emerging from the very germ of an idea and growing before your eyes, song by song, gig by gig is a very pleasing thing indeed.

As expected, Coasts thrilled the crowd with an electric headline performance, there was no disappointment whatsoever. Chris Caines mesmerised as the souls of Presley, Morrison and Interior seemed to take turns enveloping his leather-jacketed frame. Yet we remained intrigued by OTP, they surely had that pop – we dropped front man Tom a line to tell him so and to see what’s living under the hair. Here’s what he fired back at us…

Thanks for the kind words!

‘The tour with Coasts was so much fun. We can’t thank them enough for having us out on the road with them. It gave us the chance to play to crowds all over the country and the response we got was really flattering. We’ve been writing these songs for a couple of years so it was refreshing to finally get out and play them all over the UK and in cities we’ve never played in before. Off the back of the tour we’ve sold out our own headline September tour in the same cities which is crazy! We cannot wait to hit the road again. The touring lifestyle is something we’d love to get used to. We’re gonna release a couple new tunes this summer and continue to tour them around the UK! We’re buzzing for September man its [sic] gonna be wicked!’

Coasts, Only Shadows and Only The Poets played at O2 Forum in Kentish Town on April 26th 2018.

Previous Story:
No More Organ Noises For You (Bleeding Through)