What we have here is a doom sound with strong prog and alt rock influences. Also, fucking squirrels.

Naturally, I gave it a lot of thought – and then decided to talk to some trees about it.

“Well, if you ask me”, said a very obliging beech tree on the local common, “what we have here is a doom sound with strong prog and alt rock influences. Also, fucking squirrels.” 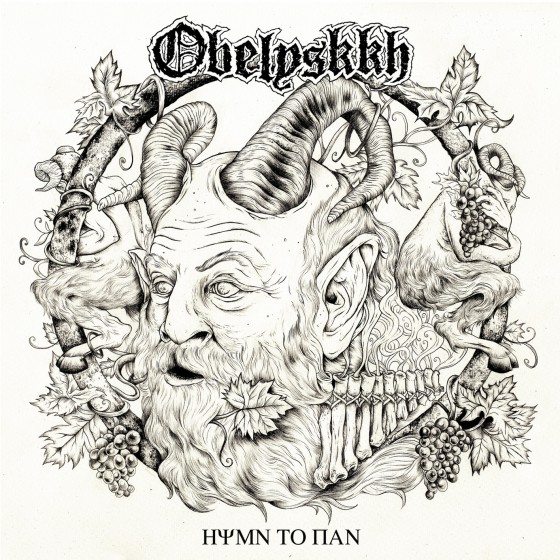 “Yeah, there’s a healthy dash of Neurosis’s sophistication there, plus elements of Solstice in terms of the broad sweep all the songs have”, the beech tree said. “Anyway what else do you want to know?”

“I’ve streamed it with the other trees. We’ve come to a consensus.”

“Sorry. So what’s the word down the wood on the title track?”

“Well, ‘Hymn to Pan’ is a rousing, grand and sweeping epic with a good core tune and a strong, relentless chorus”, the beech tree said. An oak tree up the way got so excited, it shed its leaves early.

It gave me wood

“Then there is ‘The Ravens’, which is by all accounts the standout track on the album. Now, I know a fair bit about crows, especially the ones that roost on my head and suck the eyeballs out of starlings, so obviously this song had a lot of resonance for me. It’s built up around a monstrous central hook and a raw desolation that just crushes all in its path. It also ends in an eerie piano solo. In summary, it gave me wood.”

“Bit of a bugger that the album peaks so soon”, I noted.

“Not at all, the rest of the album is rather superb too’, the tree replied. A horse chestnut I know was in awe of the crushing, looming menace that underpins ‘The Man Within’, and the nice bounding tempo means it contrasts well with what goes before and after….” 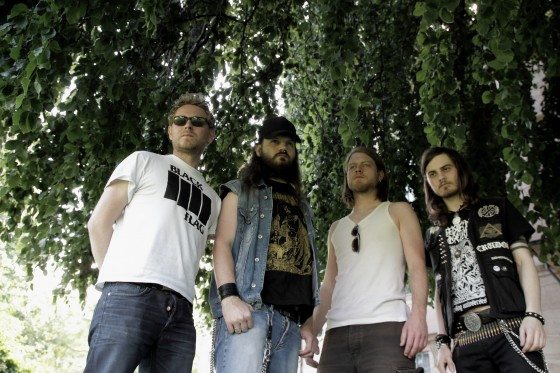 “Can I interject?” a nearby Weeping Willow asked.

“Fuck off, you droopy emo tosser!” the beech tree hissed (if trees can hiss). “Shouldn’t you be off self-harming with a woodpecker or something?”

“I’ll have you know that was just a phase!’ the willow said indignantly.  “Stylistically I’m more hipster these days.”

The beech tree said something obscene, but I pressed the willow for its opinion.

“Well, ‘Heaven’s Architrave’ is a more haunting, desolate number, utterly crushing in its own understated, subtle way – before it kicks off into a suitably crunching crescendo.”

“Right, you’ve had your go”, the beech tree growled. “You can fuck off now, sappy rootgazer.”

“Fine!” the willow pouted. “I’ll just – well, I’ll just stand here since I don’t have legs and can’t in fact walk anywhere. Because I am a tree.”

“He does have a point” I said to the beech tree.

“Hmph! Anyway, you wanna hear about ‘Horse’, the penultimate track?”

“It’s got what can only be described as a choral rasp or coordinated screeching. Whatever it is. Look, the whole band seem be bawling their lungs out on this one, so it’s quite an assault on the ears. Still, it’s also sort of catchy after a while, alongside the hypnotically repetitive drone underpinning the track, topped off by a suitably vast solo.”

“Then there is ‘Revelation: The Will to Nothingness’” I said. “At almost 28 minutes long, I suppose it requires the patience of trees to really ‘get’.”

“Don’t be racist. We get patronised by hippies enough as it is.”

“I suppose I should finish though. At that length, it is daunting, even for green woody things that live for centuries. That said, it bounds in with the most headbanging riffs on the entire album, before indulging in some drawn out guitar twanging that you associate with deserts, for some reason, and then ends on a REALLY heavy chord-binge and three minutes of silence, for some reason.”

“Nihilism, I think” I said.

“Or some other such doomster bollocks” the beech tree agreed. “In a way, it sums up the album perfectly; it’s grandiose and vast but also potentially numbing and not, by any stretch of the imagination, easy listening.”

“Well, it’s better than Dutch Elm Disease, but more importantly, it’s probably one of the best doom albums of the year, it’s stunning and well worth the wait. And trees know all about patience.”

“You also know all about photosynthesis” I said.

“Nothing. I’m trying to sign off on a suitably arboreal flourish of wit.”

And so, off I went, review scribbled down, with only a few alarmed looks from passersby, and a distressed dog-walker to dampen the experience. What was their problem? I write all my reviews with the trees.