Invisibility and Everything to All: Gavin Turk

I think one of the interesting things about art as a project for me, is that I am trying to chase down ideas of reality or truth. Or the human condition 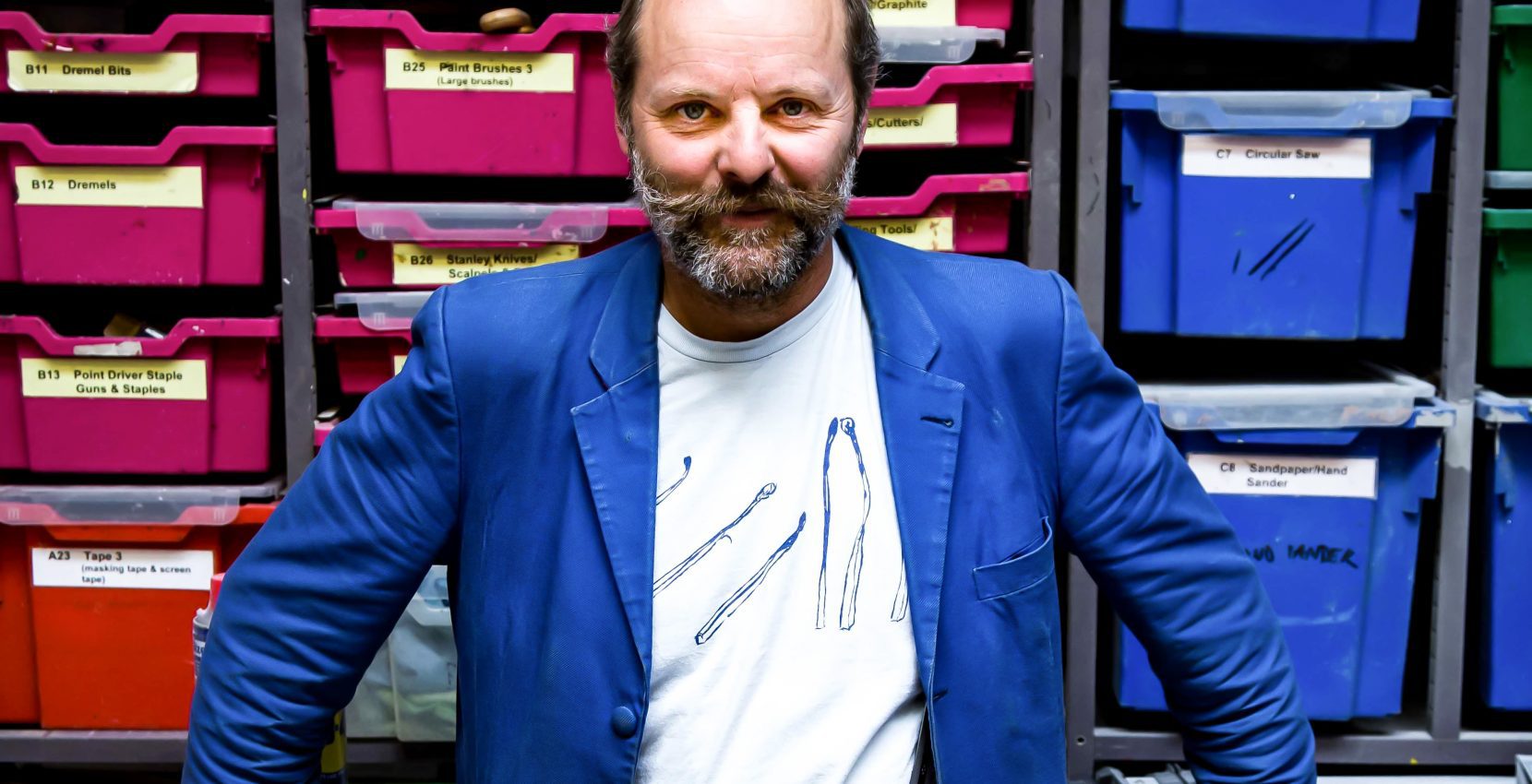 What is the basic material of art? Imagination? Expectation? Authorship? In 2017, Gavin Turk created a series of invisible sculptures for the Art Car Boot Fair.

Trebuchet wondered what drew him to the conspicuous lack of a physical material as a material in itself. Why are we hesitant to call it nothing? Would that disregard the immanence required of art?  It could be that there is nothing more functional than an invisible sculpture, a piece of art that strips the cognitive investigative experience to its barest, most efficient material: the audience and the stage.

Since the 1990s Turk has worked around the concept of artistic creator and has staked a justifiable claim to pioneering forms of sculpture that now form part of the central vocabulary of contemporary art: the painted bronze; the waxwork; the recycled art-historical icon; and the use of rubbish in art (Bath Spa University, c.2020). As well as continuing to produce work in a multitude of mediums he has also been an educator, holding the post of Professor of Art and Design at Bath Spa University.

The most common component in Turk’s work is his name as an entity, to the extent that he considers it a ‘found object’ to be used in the creation and augmentation of other works or as a work in itself (Leader 2021). At the time of writing, the invisible sculptures discussed are available from his website, though readers are encouraged to create a few themselves before encountering the real thing, reflexivity having some sharp edges.

What is the invisible material in art? Is it all context?

“Yeah, in a way the invisible material is, I guess, [the] audience. And it’s almost like looking. It’s almost like it is invisible. Like the bit that actually makes the difference between something being just on the floor, and not known, not understood. Or kind of there, but without any meaning, is when consciousness arrives or some meaning gets put on that, whatever it is. It could even be invisible.

It’s interesting having this discussion. I am thinking about making a little film about the invisible sculptures, because at the moment, we’ve got this amazing thing that’s going around, this virus, and it’s very real, and it’s having devastating consequences and it’s turning everything over. But it’s obviously invisible. And I think that it’s incredible the way that it suddenly becomes about how you know how to think about it. What are the reports, what’s the news, what’s the story? How do you know what the guidelines are?

I think one of the interesting things about art as a project for me, is that I am trying to chase down ideas of reality or truth. Or the human condition; at what point does something come into being? At what point does something have an existence, and how much of that coming into being an existence is already there, is already predestined?I called it a Small Invisible Sculpture edition. I was placing conditions on this invisibility, which I thought was funny; it amused me, the idea of placing conditions on it. And those conditions almost make it…

Previous Story:
The Body as Material: An Interview with Annegret Soltau

Next Story:
The Definite Line of Emma Coyle