The More Uncommon Slurs and Smears of Napalm Death

[dropcap style=”font-size:100px; color:#992211;”]N[/dropcap]apalm Death are one of those bands who are worthy of the term legendary. The band have released countless albums which have helped mould and shape the grindcore genre.

Releases like Scum and Apex Predator – Easy Meat show the raw strength and power the band have, and the legendary Bootlegged in Japan shows just how much depth there is in their back catalogue. Coded Smears and More Uncommon Slurs is a collection of studio outtakes and unreleased tracks from their more recent studio time, covering a period  from 2004 to 2015.

As you would expect, every track on this double album is particularly heavy, angry, furious and relentless. It is the material which didn’t make the cut initially, but it is still strong enough to put most bands to shame. This is the power of Napalm Death!

The main thing to take home regarding this release is the fact that this material formed the framework for the official releases. You can listen and feel like you were there during the creative process. All of the tracks have their own unique feel despite the familiarity of the overall approach Napalm Death have to songwriting. The ferocious vocal assault, the booming low-end presence of the bass, the punishing guitars and the relentless drums are all here and they all hit like a freight train, even when there are more subtle hints of other genres present.

The fast paced, hard and loose punk attack, the hammering, pseudo-industrial Godflesh-like approach and the borderline death metal approaches are all here and they all have that distinct sound Napalm Death bring to all of their songs.

Tracks like “Oh so Pseudo”, “Earth wire”, “Like Piss to A sting” and “Paracide” all have a quality to them which raises the question “why were these tracks not good enough to make it to the full length releases?” Of course this can easily be answered by simply listening to the likes of The Code is Red – Long live The Code and Apex Predator, two extremely solid releases, but it does make you wonder anyway. It also reinforces what was mentioned earlier – Napalm Death are a band with substantial depth and quality. 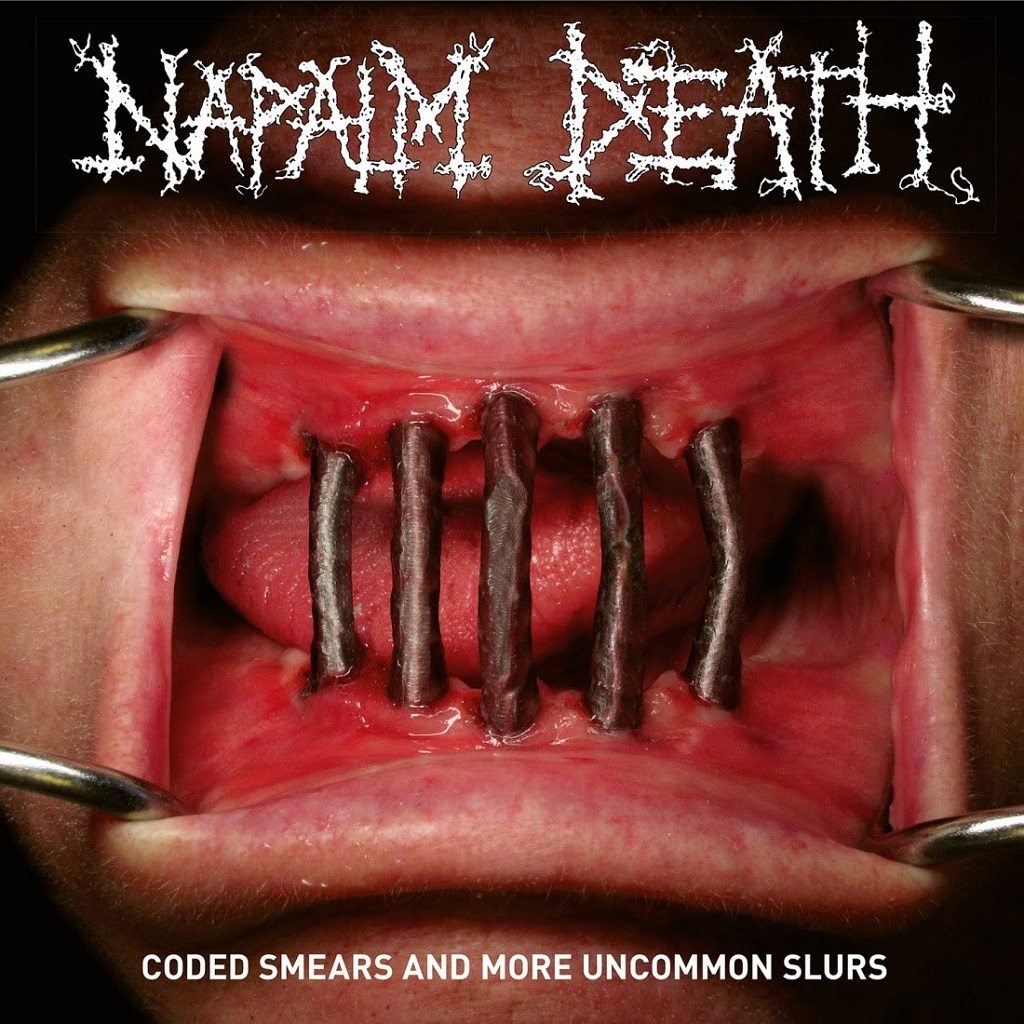 There isn’t much else you can say really, compilation releases like these are things which are mostly aimed at the dedicated, core fan base. For the more casual listener, these releases can be very hit or miss. On one front, they provide an insight into the band (as mentioned above). On another, they can show how the band’s influences come through on the creative process of constructing an album and on another front, these releases can act as a placeholder and even as a taste of things to come. The negative aspects mainly consist of “fan service “, stalling for time between touring/recording/other projects, and the fact that the material isn’t widely accessible to the casual listener i.e.: there isn’t enough of a draw or something to generate investment on their part.

Personally, this release has me excited for when they next tour, or bring out another new solid slice of grind !

Previous Story:
Becoming of the Avant-Garde

Next Story:
No space for the unexpected – XOR Gate