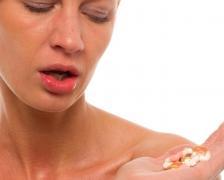 There science goes, ruining it for everyone yet again.

Despite the popular image of the rich older man or woman supporting an attractive younger spouse, a new study shows those married to younger or older mates have on average lower earnings, lower cognitive abilities, are less educated and less attractive than couples of similar ages.

The study, published online last week in the Review of Economics and Statistics, showed that those married to older or younger spouses scored negatively in key areas like education, occupational wages, appearance and cognitive skills.

The researchers did not give a range of how much older or younger a spouse had to be to see these effects. It simply found that the greater the age difference, the higher the negative indicators.

Their findings largely reflect the different networks that lower or higher ability individuals belong to.

Those attending four-year colleges interact more with people of about the same age. After graduation, they and their peers often enter careers with upward mobility at a time when people tend to marry.

By contrast, those who attend community colleges or work in low-skilled jobs with little chance of advancement are more likely to interact with more widely diverse age groups, increasing their chances of marrying someone significantly younger or older, the study said.

“It really depends on who your social network is,” Mansour said. “People with lower earning potential are in networks that are more age diverse.”

The study also found that men married to younger or older spouses made less money than those married to women of a similar age.

At the same time, women married to differently-aged spouses made more money than their mates but that was due to working more hours, not earning higher wages.

A battery of tests conducted in high school measured verbal, math and arithmetic reasoning skills. Those married to differently-aged spouses scored lower on the tests. Men with spouses at least eight years younger scored on average 8.4 points less than those who married women of a similar age. Women had less drastic drops in their scores.

Physical attractiveness was determined by interviewers conducting the Add Health survey. They rated their subjects on a scale of one to five with one being `very unattractive’ and five being `very attractive.’

“Overall, the estimates indicate that individuals married to differently-aged spouses are less attractive than those married to similarly-aged spouses, with the possible exception of men married to older women,” the study said.

Mansour said the study shed light on how and why people marry who they do.

The researchers also found that despite Hollywood portrayals to the contrary, there is nothing new about older women searching for younger men to marry.

“We really didn’t find any evidence of a new cougar phenomenon,” he said. “Although their share has slightly increased over time, cougars have been among us since the 1960s.”

The real trend, he said, is that people of similar ages are increasingly marrying each other.

“The benefits from marriage might be changing. When you are close in age you can do things together,” he said. “You can have children when both parties want to, retire at the same time and grow old together”