Feminist Internet is a future-focused collective made up of artists and designers who aim to create an equal and just internet for all. Find out about their activities here!

[dropcap style=”font-size:100px;color:#992211;”]F[/dropcap]eminist Internet is a future-focused collective made up of artists and designers who aim to create an equal and just internet for all. We hold art events, seminars, performances, reading groups and other experimental provocations, all with the intention of interrogating the present, and mining directives for a fairer future. 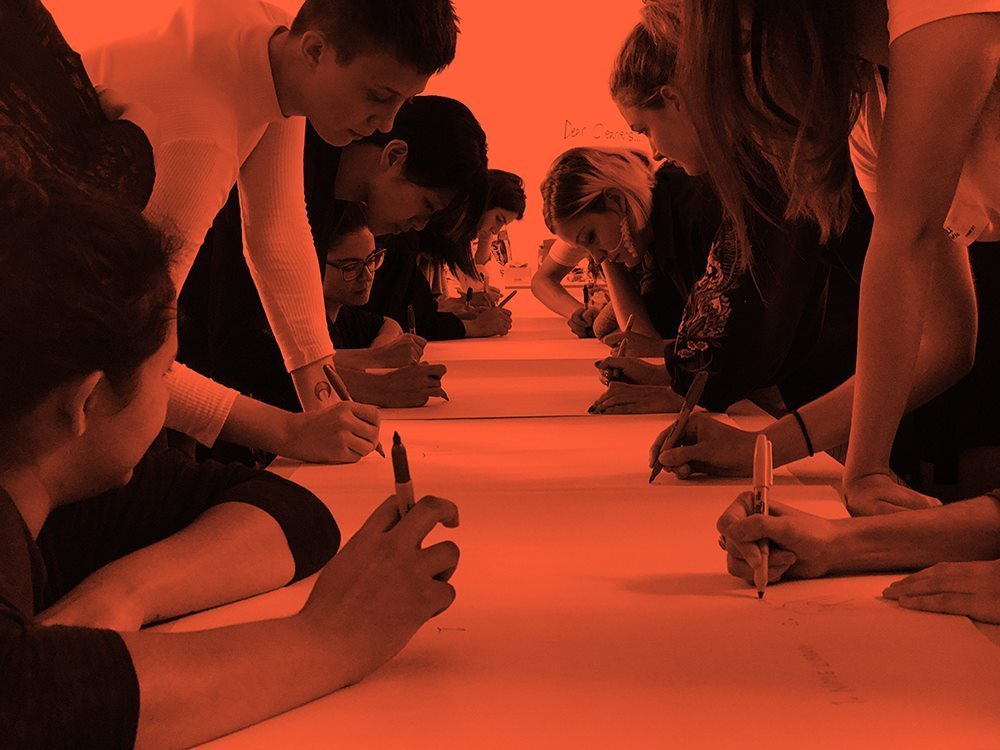 A University of the Arts London project, Feminist Internet was born of an intensive UAL Futures studio where 16 students from different disciplinary backgrounds came together for 10 days to reconceptualise the internet in a way that doesn’t – unlike the internet we live with today – mimic the patriarchal power structures of our current society.

‘art itself has a huge role

to play in curing this blight,

As demonstrated in our 2017 manifesto, Feminist Internet wants to actively create positive feminist strategies, believing that change will only come about when ideas for the fairer treatment of minority groups and the underprivileged are crystallised as directives, digested, and then carried out as actions. 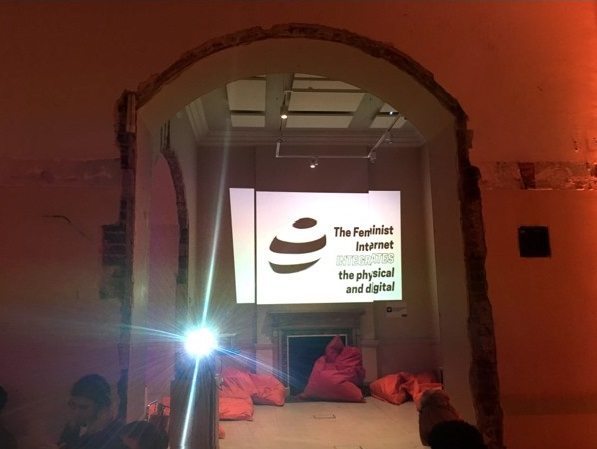 In a post-Weinstein world, it seems every industry is being scrutinised for sexual discrimination, and repeatedly we’ve found ourselves not having to look very far before we find some. The art world is no different: late last year, a letter was written and supplied by over 150 artists, curators and museum owners from around the world exposing and condemning sexual harassment in the art world.

Baselistz Makes A Stand For Sexism!

Detailing the ingrained culture of exploitative sexual favour requests from authorities, victim-silencing, “condescending remarks and wayward hands on…bodies,” the letter was signed over 2,000 times in support. The East London Fawcett Foundation’s 2013 audit of 134 commercial galleries found that 31% of represented artists are women, whilst 78% of galleries represent more men than women. Even with the industry’s hostility to women laid bare, we receive the claim as recently as 2015 from artist George Baselitz that,

“if women are ambitious enough to succeed, they can do so…but up until now, they have failed to prove that they want to. Normally, women sell themselves well, but not as painters.” 1

Baselistz ignores the disadvantage women are at by default in male-dominated spaces, simultaneously promoting the very same sexist female stereotype that constructs this isolating environment. So yes; the art world too is riddled with gendered prejudices both conscious and unconscious, and they’re the same prejudices we see in daily life and in other industries. But the art itself has a huge role to play in curing this blight, and it goes hand-inhand with resistance.

Last December, Feminist Internet crowded the walls of Somerset House’s River Rooms with vast, gelatinous viruses equipped with spines, waving tongues and tiny flickering screens, hosting a ‘Digital Clinic’ as part of Somerset House’s DEFRAG series. We spent the evening tackling the pervasive issue of online violence, exploring through seminars and a panel discussion its presence in our society as a harmful trend with a primarily female target. Following seminars led by artists from and collaborating with the collective, the audience heard from cllr. Seyi Akiwowo, (the founder of anti-online abuse campaign Glitch!UK) trans, gender-non-conforming artist Travis Alabanza, and Azmina Dhrodia, researcher on technology and human rights for Amnesty International.

The event aimed to both acknowledge online abuse as a misogynistic issue with real impacts – contributing artist Caroline Sinders underscored the fact that “every data point about online harassment is a real person’s traumatic experience” – and engineer clear strategies on how to tackle it. Directives for immunising against online abuse included actively reporting trolls and supporting victims, with consideration of the fact that it’s often so easy to leave the ‘clicktivism’ to somebody else that sometimes, nothing gets done.

The collective also proposed solutions such as reclaiming material used to incriminate victims, and employing empathy to re-educate trolls rather than engage in keyboard wars. Azmina urged us to keep reporting people for online abuse on behalf of their victims, as “those who experience [abuse] already have enough emotional labour to deal with fighting through the psychological effects of the harassment.”

This advice was reinforced by Travis’ statement that “we have an active agency in how we interact with the internet.” Recognising the privilege of their own amplified voice, Travis pointed out the importance of using our platforms, and standing up for others who are less able to defend themselves. Seyi encouraged us to take care with the material we share, and to support Glitch!UK in its campaigning and training efforts to combat online violence. 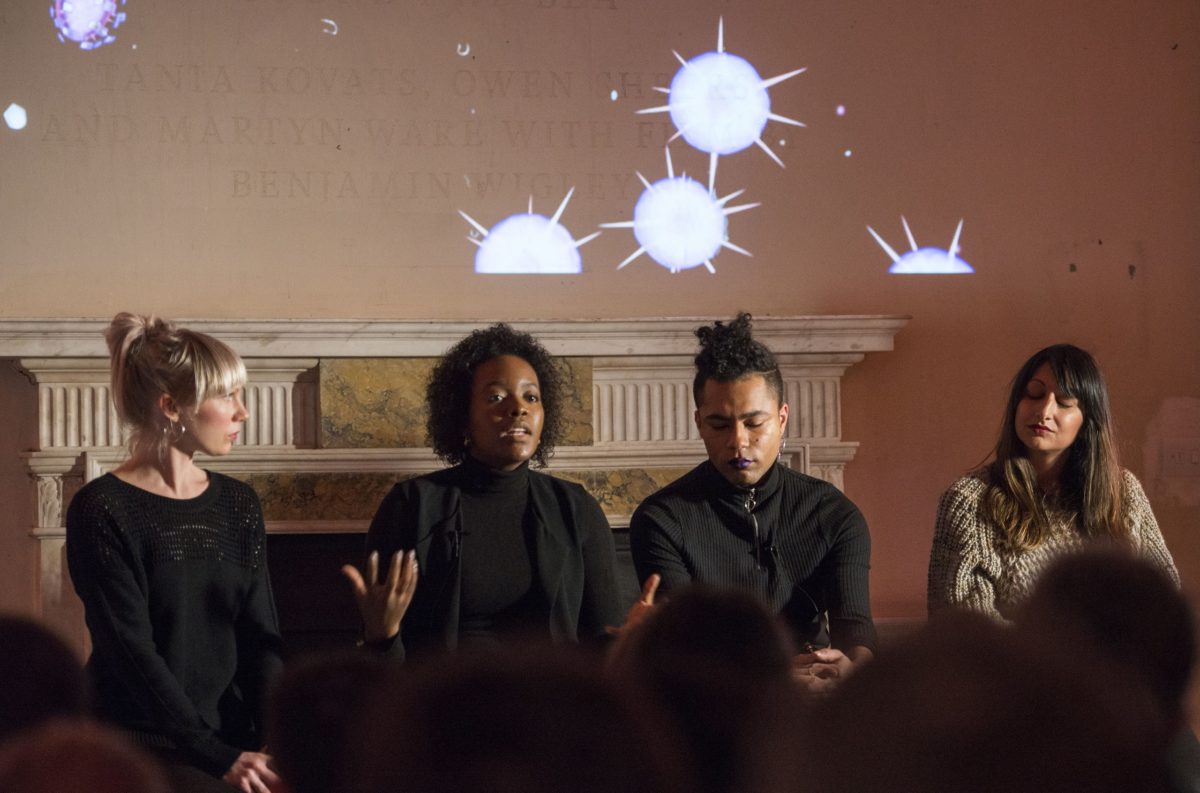 The strategies offered by the Digital Clinic and embodied in the work of the artists involved aim to move us forward. It is a movement against the grain, but it will take us to a society of more equal opportunities and less normalised misogyny much faster than the fleeting feminist debates that allow people to donate an opinion and return to their daily lives.

Last month’s temporary removal by Sonia Boyce of Waterhouse’s ‘Hylas and the Nymphs’ from Manchester Art Gallery was an attempt to provoke discussion on the omnipresence of the male gaze and female (debatably prepubescent) beauty and sexuality in visual art. But this kind of act, although a well-intentioned and headline-drawing statement in itself, does not equip us with directives on how to craft an arts world with less omnipresent male gaze; with less normalised sexualising of young women. The fallout of ephemeral debates on free speech and sexual expression are telling and interesting to read, but they are not enough anymore, because they are offerings that will dissipate with time as opposed to deeds that resist the status quo. 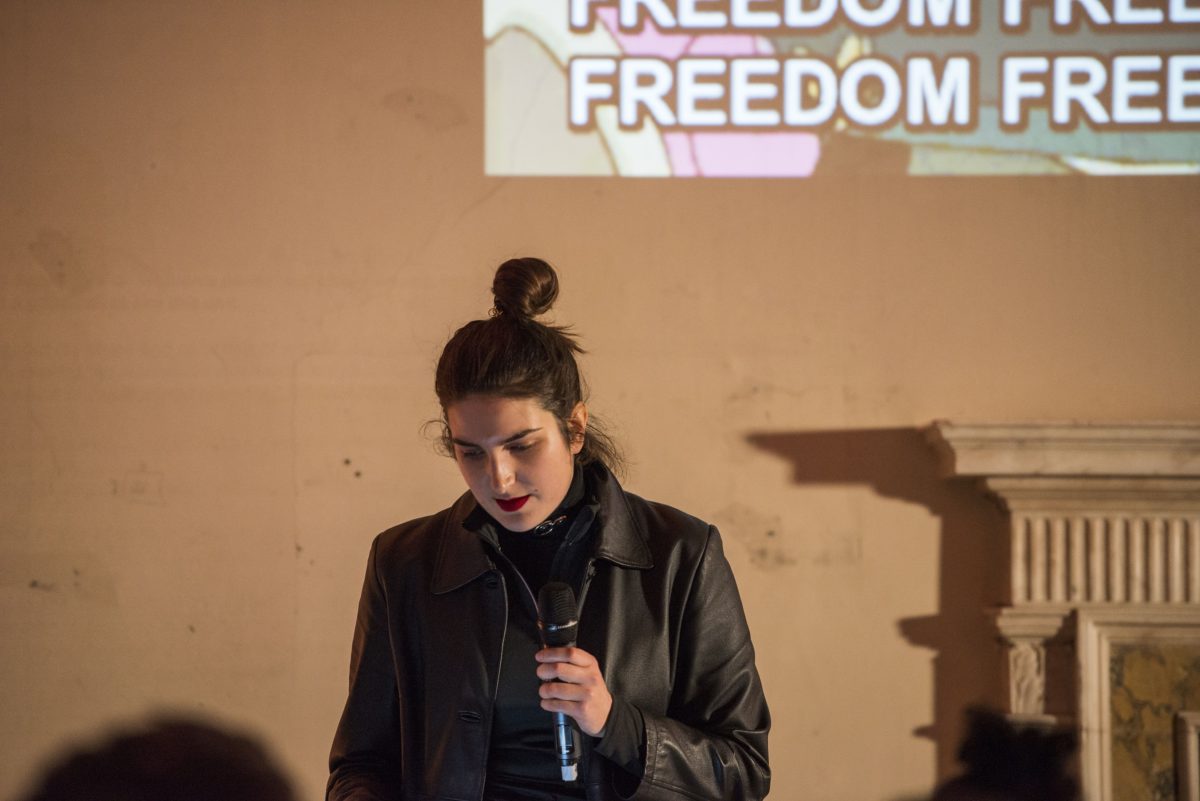 Feminist Internet’s motivations come from the acknowledgement of how much the online will affect and govern our future. Our name is steeped in an understanding of increasing online-offline fluidity, and stems from an urge to establish a fairer, freer, more accessible internet for all: a life where social injustices and biases are no longer reproduced in online spaces.

We urge other artists and consumers of art to go beyond discussion and enact strategies that actively resist the social status quo – whether it be by standing up for a recipient of abuse, reporting an authority harassing someone vulnerable, or simply listening to and giving a platform to those most victimised by our patriarchal society. Don’t make art to cause a transient stir, the ripples of which will eventually disappear. Make art that actively changes the outlook and behaviour of our society – and changes them for the better.

Next Story:
Sinicisation, Making The World In China