Meta Modernity & The End of Postmodernity?

Meta Modernity is a contender to topple the stultifying epoch that is postmodernism or is it?

[dropcap style=”font-size:100px;color:#992211;”]T[/dropcap]imotheus Vermeulen & Robin van den Akker are cultural theorists who evoked a previously used literary term (not widely used) and have since that point put some effort into trying to define what the term means and how it helps us to understand our current epoch. The pair are mainly responsible for the concept of meta-modern and the spreading of awareness about it, they commented to ‘Artnews’ in 2014,

“…‘the postmodern culture of relativism, irony, and pastiche’ is over, having been replaced by a post-ideological condition that stresses engagement, affect, and storytelling,” Levin, K. (15 October 2012). “How PoMo Can You Go?”. ARTnews. Retrieved 14 July 2014.

This is bold claim and meta-modern is theorized as being openly hostile to postmodernism identifying what Akker and Vermeulen see as a new emerging sensibility in the next generation, defined by: conviction, sincerity, acute awareness of global problems and a weariness towards irony. The pair are keen to be clear and the concept does seem slightly bogged down in academic semantics; reflecting on the term and its development and attempting to make themselves clear a qualification is highlighted on the official website,

“…we learned a lot from talking and listening to the likes of Rosi Braidotti, Francis Fukuyama, Laura Marx, Walter Benn Michaels, Jennifer Ashton, Nina Power, Christian Moraru, Raoul Eshelman, Camille de Toledo, and Michel Bauwens. But we have yet to write an extensive, detailed in-depth account of the metamodern structure of feeling as we see it,” Timotheus Vermeulen & Robin van den Akker, 2015

The prefix ‘Meta’ is clearly attached Plato’s ‘Metataxy’ not to the notion of self-reflective analysis; the pair define ‘meta’ in this sense as ‘movement between opposite poles as well as beyond them’ which sounds like a Hegelian notion? (In Hegelian philosophy- the final stage in the process of dialectical reasoning, in which a new idea resolves the conflict between thesis and antithesis) Never the less Plato is the preferred philosopher and his ‘in-betweeness’ from metaxy is illustrated with reference to Eros who is said to be between a good and a man. Perhaps this is what they have in mind when they say that meta-modernism is a, ‘informed naivety, a pragmatic idealism’. A kind of idealism mixed with a strong materialist sense of reality and real problems.

The term oscillation is used and this seems to be related to the ability to hold more than one view or emotion at once moving between positions, artists identified by the pair include: Bas Jan Ader, Peter Doig, Olafur Eliasson, Kaye Donachie, Charles Avery, and Ragnar Kjartansson 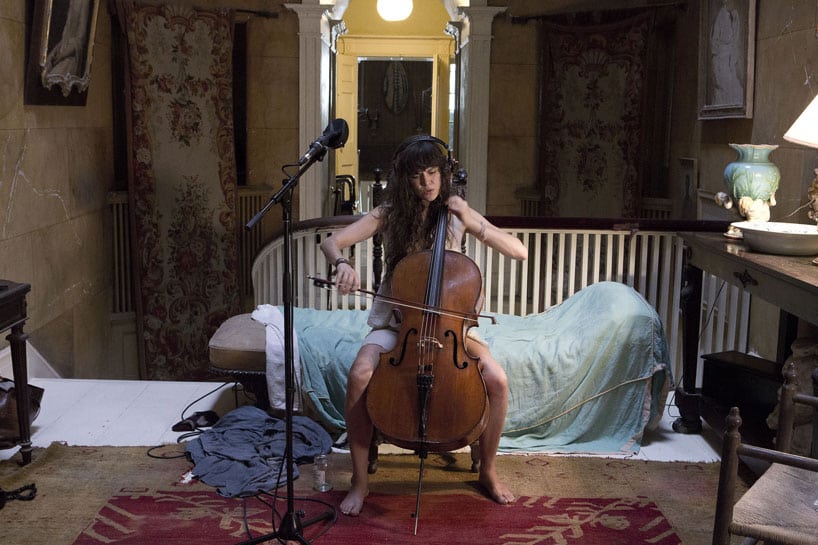 This does feel defensive though, and the declaration to ‘go forth and oscillate’ is hardly a clear call to arms or a profound statement,

“Metamodernism, as we see, it is not a philosophy. In the same vein, it is not a movement, a programme, an aesthetic register, a visual strategy, or a literary technique or trope. To say that something is a philosophy is to suggest that it is a system of thought. This implies that it is closed, that it has boundaries. It also implies that there is a logic to it. To say that something is a movement, or indeed a programme, suggests that there is a politics to it, a belief as to how our environment should be organised. To propose any one “–ism” as an aesthetic – register, strategy or trope – is to suggest that it is a figure that can be pinned down and picked up from a text or painting and inserted elsewhere. The notion of metamodernism we have proposed is neither of these. It is not a system of thought, nor is it a movement or a trope. For us, it is a structure of feeling,” Timotheus Vermeulen & Robin van den Akker, 2015

Overall from examining the website devoted to meta-modernist ideas and reading information online (also having seen much of the art that the pair claim for the idea) it feels very theory driven and a verbose attempt to defend sincerity which in its self may be a contradiction or paradox, in that it feels Akker and Vermeulen are saying its ok to cultivate some sincerity. If cultural theorists are required for that we may be in a very sorry state.

Of course feelings run very high and recent events in local (UK) and world politics attest to this: Trumps presidency, Brexit, the #me-too movement, arguments about trans, to name a few divide people very bitterly; it’s difficult to see how one could oscillate between positions on any of these issues, but of course the theorists would probably be able to write an essay to clarify the position?

Charlie Kaufman (producer) reflecting on film sensibility used the term “New Sincerity”, in relation to a group of film makers who included Wes Anderson; his notion may well be regognising a true phenomenon but to what extent is its penetration and is it even a good thing?

“When we say that metamodernism is a structure of feeling, we intend to say, very much like Fredric Jameson and, later, David Harvey when they describe postmodernism, that it is a sensibility that is widespread enough to be called structural,” Timotheus Vermeulen & Robin van den Akker, 2015 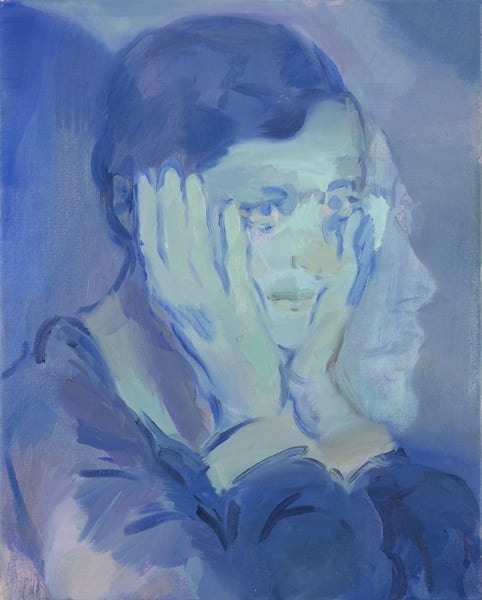 Kaye Donachie, Behind her eyelids she sees something 2015

There are two problems I identify which prevent full support of this as a usurper to the postmodern era, firstly: The paranoid position, the entire endeavour is simply a rebranding exercise for postmodernism its self, a reaction to the weakening of western hegemony (which prevents full yuppie engagement with modern socio economic forces) and highly dependent on a newly emerging e-connected sincere bourgeoisie, who worry about the climate or the poor while cultivating a tasteful and expensive life for themselves. The concern of the oscillating well-travelled middle class subject is not something which is going to improve much except the personal bank accounts or cultural cache of those involved.

The second problem is that globalization is increasing sincerity and that this sincerity be it with the alt right or the militant tribes of the liberal left is largely based on forms of identity politics which each seek to further the particular concerns of a defined group with a limited membership. In this context the oscillating concerned meta-modernist sounds rather patronising?

One Reply to “Meta Modernity & The End of Postmodernity?”