[dropcap style=”font-size:100px; color:#992211;”]F[/dropcap]rom the Gordian knot of Alexander mythos to the tangled withcraft subtexts of Annie Proulx’s The Shipping News, knots have long occupied both practical and symbolic roles in human society.

Until someone first tied one in a plastic fruit bag, thereby elevating them to the realm of vein-popping fury, impotent frustration, and the ignominy of having to attack the bloody thing with your teeth.

Got rope? Then try this experiment: Cross both ends, left over right, then bring the left end under and out, as if tying a pair of shoelaces. If you repeat this sequence, you get what’s called a “granny” knot. If, instead, you cross both ends again, this time right over left, you’ve created a sturdier “reef” knot.

The configuration, or “topology,” of a knot determines its stiffness. For example, a granny knot is much easier to undo, as its configuration of twists creates weaker forces within the knot, compared with a reef knot. For centuries, sailors have observed such distinctions, choosing certain knots over others to secure vessels — largely by intuition and tradition.

Now researchers at MIT and Pierre et Marie Curie University in Paris have analyzed the mechanical forces underpinning simple knots, and come up with a theory that describes how a knot’s topology determines its mechanical forces.

The researchers carried out experiments to test how much force is required to tighten knots with an increasing number of twists. They then compared their observations with their theoretical predictions, and found that the theory accurately predicted the force needed to close a knot, given its topology and the diameter and stiffness of the underlying strand.

“This is the first time, to the best of our knowledge, that precision model experiments and theory have been tied together to untangle the influence of topology on the mechanics of knots,” the researchers write in a paper appearing in the journal Physical Review Letters.

“Surgeons, of course, have a great deal of experience, and they know this knot is better for this stitching procedure than this knot,” Reis says. “But can we further inform the process? While maybe these knots are used, we might show that some other knots, done in a certain way, may be preferable.”

Reis’ colleague, French theoretician Basile Audoly, originally took on the problem of relating a knot’s topology and mechanical forces. In previous work, Audoly, with his own colleague Sébastien Neukirch, had developed a theory based on observations of tightening a very simple, overhand knot, comprising only one twist. They then verified the theory with a slightly more complex knot with two twists. The theory, they concluded, should predict the forces required to tighten even more complex knots. 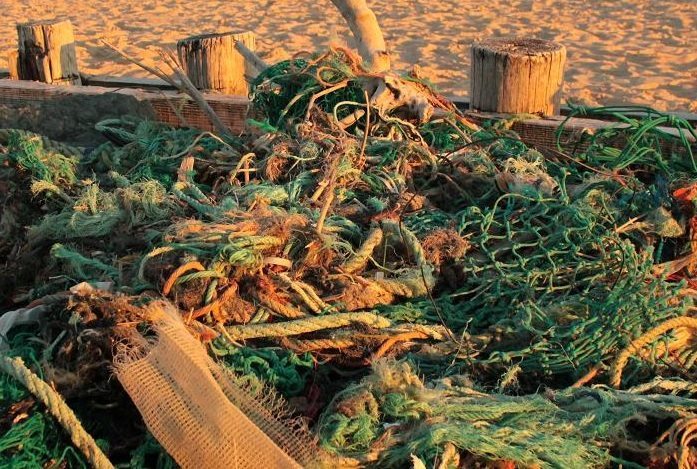 However, when Reis, together with his students Khalid Jawed and Peter Dieleman, performed similar experiments with knots of more than two twists, they found that the previous theory failed to predict the force needed to close the knots. Reis and Audoly teamed up to develop a more accurate theory for describing the topology and mechanics of a wider range of knots.

The researchers created knots from nitonol, a hyper-elastic wire that, even when bent at dramatic angles, will return to its original shape. Nitonol’s elasticity and stiffness are well known.

To generate various topologies, the researchers tied knots with multiple overhand twists, creating increasingly longer braids. They then clamped one end of each braid to a table, used a mechanical arm to simultaneously pull the knot tight, and measured the force applied. From these experiments, they observed that a knot with 10 twists requires about 1,000 times more force to close than a knot with just one.

“When Pedro Reis showed me his experiments on knots with as much as 10 twists, and told me that they could resist such a high force, this first appeared to me to be far beyond what simple equations can capture,” Audoly says. “Then, I thought it was a nice challenge.”

From shoelaces to surgery

To come up with a theory to predict the forces observed, Reis and Audoly went through multiple iterations between the experiments and theory to identify the ingredients that mattered the most and simplify the model. Eventually, they divided the problem in two parts, first characterizing the knot’s loop, then its braid. For the first part, the researchers quantified the aspect ratio, or shape of a loop, given the number of twists in a braid: The more twists in a braid, the more elliptical the loop.

The team then studied the forces within the braid. As a braid, or twist, is symmetric, the researchers simplified the problem by only considering one strand of the braid.

“Then we write an energy for the system that includes bending, tension, and friction for that one helical strand, and we are able to determine the shape,” Audoly says. “Once we have the shape, we can match it to this loop, and ultimately we get the overall force displacement response of the system.”

To test the theory, Reis plugged the experiments’ measurements into the theory to generate predictions of force.

“When we put the data through the machinery of the theory, the predictions and the dataset all collapse onto this master curve,” Reis says. “Once we have this master curve, you can give me a bending stiffness and diameter of a strand, and the number of turns in the knot, and I can tell you what force is required to close it. Also, we now understand how the knot locks itself up when more turns are added.”

Reis envisions multiple applications for the group’s theory, both significant and mundane.

“This theory helps us predict the mechanical response of knots of different topologies,” Reis says. “We’re describing the force it requires to close a loop, which is an indicator of the stiffness of the knot. This might help us to understand something as simple as how your headphones get tangled, and how to better tie your shoes, to how the configuration of knots can help in surgical procedures.”

Previous Story:
Not in it to Win it – Calling Out The Bernie Sanders Bluff