The final word is this was a truly historic evening for music, and Vivaldi’s reputation to wow audiences shines undimmed. 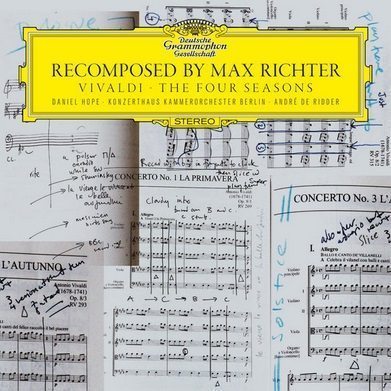 [dropcap style=”font-size:100px; color:#992211;”]W[/dropcap]inter is coming and reworking a classical stalwart feels like a vital insurrection.

Max Richter’s The Four Seasons Recomposed, a contemporary reworking of Vivaldi’s wedding perennial, was a daring re-imagining on it‘s release in August 2012 and two years later is living a celebrated life parallel to the original. A regular on classical radio and even spicing up hip nuptials worldwide, it is a rare pleasure to hear it performed and those lucky enough to attend the Royal Albert Hall revelation were witness to a loudly applauded second canonisation of Vivaldi’s work.

Despite such widespread hosannas this vision is not without some reservations, and that as classical fans we want this event to be more important than it is tells us more than we’d like to hear.

“ I was spoiled for choice. I went through the piece picking my favourite bits and kind of turning those up, and making new objects out of those. Kind of like a sculptor and having fantastic raw material” – Max Richter

For Richter the overt aim in recomposing Vivaldi was to reconnect both himself and the public with a shop-worn piece that has become dull through overuse. Underlying this aim we can see that Richter has allowed us to reconnect with the direct melodic structures of the Baroque Classic through the post-modern conceit of ‘recomposition’. This way lets a contemporary composer present compelling melodic forms that might otherwise be considered at best passé and at worst, criminally unimaginative. And while this playful frisson with familiarity and expectation thrills and excites the listener, for the critical historian (such as this writer), the effect of this reappropriation signals doom despite what cross-generational avenues it may open for the ticket-selling impresario.

Let’s be clear, Richter’s recomposition is an unalloyed delight.From the first bars the sense of wondrous discovery conjures those initial gala openings of musical discovery that shape a palette as they quickens the pulse. Feelings are challenged as Richter combats the creeping dread whenever he hears another tinny perfume counter performance of a work that crystallised a young boy’s appreciation into a life dedicated to music.

How then to approach such a transformation?

“Vivaldi is pattern based music and it almost reminds of systems based music from the 60s and 70s, and that kind of locks into the kind of thing I do anyway so there is a kind of natural bridge there” – Max Richter

Using a contemporary structural palette Richter emphasises through repetition existing phrases and positions passages within new contexts. By making elements longer or shorter, or changing their juxtaposition, Richter manages to maintain the mood of the original while allowing a new sense of perspective on the same material. Taking the world Vivaldi created, Richter has spun it on its axis, shaking our beliefs in what defines The Four Seasons in process.

While being cautious not to give it an overly modernist feel, in some areas the complexity and subtlety of the original is lost and in several areas uses the audience’s familiarity to suggest counter melodies even as he’s creating new complementary sections. The huge areas of blank canvas left allow the listener to paint themselves into the piece: an area that Vivaldi’s loquacious score prohibits.

Uniquely to this sort of recomposition we are given a deeper perspective on Richter’s musical choices by being able to compare the two pieces back to back. For example, the way Spring 1 has been reworked almost completely excises the all-too -amiliar lead melody and instead takes cues from what would be at least half minute in from the original. This creates a lighter introductory feel which, reminiscent of the cascading delays of electro-acoustic music,

prompts the listener to plunge back into the original asking: ‘was there really that much repetition?’, ‘those base chord progressions? Where did they come from?’ ‘And where did that huge beginning go and will it come again?’

In terms of giving us a passport back to the familiar Richter has not only succeeded in his aim but so thoroughly triumphed in doing so that Vivaldi Recomposed eclipses his substantial canon by some critical yards when placed in close comparison. A comparison that has a lot to say with regard to what audiences want, and the academic triumphs of contemporary composers matching forms that can sustain a punter’s attention.

In terms of snatching defeat from the jaws of victory Richter made the huge, albeit laudable, error of starting the evening’s program with Vivaldi Recomposed. The stuff of legend, the Recomposed performance reached successive jaw dropping heights to which the shocked audience barely collected themselves enough to give thunderous applause, and,at dramatic moments (like those in Summer 3) to openly weep. Daniel Hope, while no doubt secure in his position as a top-shelf global player, gave the sort of career defining performance the heights of which must lead either to depression or the bottle. Where does one go after such perfection? His matchless energy and focus drew commanding performances from everyone onstage and if they’d started again from the beginning we’d have immediately asked for a third performance. As it was, we were treated to a resounding encore before the orchestra let us go, staggering toward intermission drinks and sense-blasted gesticulation.

Simply put, it was again one of those performances from Richter, which, like the Barbican performance of Memoryhouse in January, will last in memory for years to come.

After the intermission, The Blue Notebooks; a sombre work of atmospheric pieces, contained slower meditations which meandered rather soared in comparison to the massive heights of the earlier Vivaldi Recomposed.  The performances themselves were positive, if lacking some of the verve that marked  those earlier in the evening but this, one fears, is the quality of the material rather than the players. Watching people trickle out half way through the performance it was hard not to feel a little cheated. Presented before  the Vivaldi, we would have welcomed the building tension of the pieces. As it was, the evening trickled out.

Sitting amongst the watch watching, excuse making audience the distinction between the dazzle of the Four Seasons and the introspection of the Blue Notebooks took on a deeper significance. The Blue Notebooks is an original work.The Vivaldi Recomposed piece is, in essence, not. 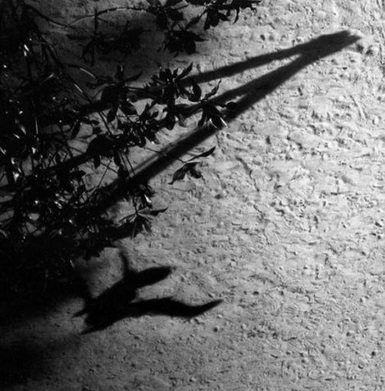 The trouble we find ourselves in is that while Recomposed was a breathtaking masterpiece and completely achieved what the ‘composer/editor’ sought, it matches a parallel in cinema where we see a flood of reworked classics. The retelling of old stories gives us a new thrill. Some technological wonder, a moving of the emotive cast around the setting, giving new lines and life to some minor characters, such changes open our eyes and ears to the material anew. Yes, we can say that this will undoubtedly have us revisiting the original, but it’s a remake.

Vivaldi Recomposed is a blinding and genre-expanding remake that proves that contemporary and canonical classical elements can sit together both equal and powerful. This in turn makes a strong argument for more adventurous programs across the country, supporting living composers and revitalising classical music across generations. However, if we’re to learn anything from the night (rather than just bask in how magic Vivaldi Recomposed and Hope’s performances were) much greater care should be taken on a basic level to make sure we end each evening on a high.

The final word is this was a truly historic evening for music, and Vivaldi’s reputation to wow audiences shines undimmed. Similarly Richter’s ability to connect with modern audiences has reached a new height, and considering The Blue Notebooks is an earlier work, we can see his development has yet to reach its zenith. A particularly masterful stroke was regarding that huge familiar phrase from Vivaldi. As a master of suspense Richter, unlike Vivaldi, kept it back until Autumn when, unexpected, it rose to its fullest height and hit the audience like a massive wave.

This was what Richter (and, one imagines, Vivaldi) expected when composing the cardinal and corporeal moods of nature: universal recognition and inspiration. 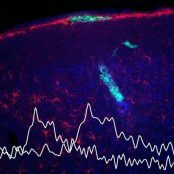