This is the proverbial bollocks, with an utter mastery of brutality and method in equal measure. 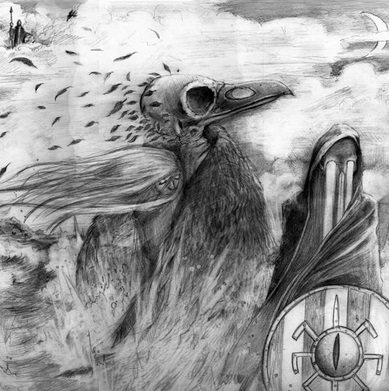 [dropcap style=”font-size:100px; color:#992211;”]I[/dropcap]t is, of course, a challenge to write such burnished prose in the midst of my busy schedule.

After all, there is all the sleeping, eating, use of mild torture every time I want to go out, the ruthless (and, dare I say, diva-ish) emotional manipulation I employ whenever I want in, and the brutal clashes of civilisation I must endure every time that bastard tortoiseshell next door tries to invade my sovereign territory….

But hark! I hear you say. Who is the mellifluous quill behind this most Augustine of missives? Ah, dear reader – I forgot you were a bit slow (as is often the case with your species), so allow me to properly introduce myself. I am the one, the only, the true Manami Mogg, felis dominae of the Primary Feeder otherwise known as Alexander Hay.

Sadly he is unavailable at the present time, owing to an unfortunate incident involving a bottle of laudanum, a pipe cleaner and a dark epiphany involving the true form of Keith Chegwin, so I decided to sully myself in taking up his slack and writing scurrilous music journalism in his stead. You just can’t get the help these days.

Well, anyway, I may as well proceed with the music reviews. First in this motley cavalcade is the new album by Swedish melodic death stalwarts At The Gates, At War with Reality, which is their first opus for a lifetime (or nigh-on 20 years for all you ponderous primates).

Technically, it’s a treat with a refinement, flair and musical depth – and, dare I say it; Panache? – but it lacks anything that might be termed engaging or exciting. May I humbly proffer the controversial view that it is in fact quite pedestrian. Well, of course, not too humbly.

In fact, while it is easy to see the polish in the music, it lacks any real bloodlust or passion. And I do hate a lack of passion. Which is why I once carried a live mouse into the living room and let it go, making both the Primary and Secondary Feeders jump up and scream for about an hour until they finally caught the plaything and let it out the door. Frankly, they should thank me for the experience.[quote]the band can bound from screeching

to discordance to rousing anthem all

in the same track [/quote]

An altogether more lively experience comes in the form of blackened grind techno etc. monsters Anaal Nathrakh, and their storming new album, Desideratum, Now, far be it for I to engage in hyperbole, but this is the proverbial bollocks, with an utter mastery of brutality and method in equal measure.

Nor is it hyperbole to say how the band can bound from screeching to discordance to rousing anthem all in the same track and keep on repeating the same trick for an entire album. All 11 of the songs could carry an album on their own but, like depraved, evil little Ferrero Rochers, they’re all in the same box and are really, really spoiling us. Brutally exhilarating spectacle.

Now, if you will excuse me, I must groom myself and then go to sleep for an hour.

Ah, much better. Now where was I? Ah yes, the final album in this week’s bravura musical meandering. Behold Mountain. Hail Sea. Venerate Sky. Bow Before Tree, a three track EP by experimental doomsters Spider Kitten. Now, frankly, I don’t get the band’s name. I did once eat a spider as a kitten, but nowadays I much prefer moths. Also, cat crunchies and tuna. Don’t these apes ever make sense?

Yet I digress. The wonderful think about this record is how the band throws the whole weight of the doom spectrum, from Revered Bizarre-spaced out melancholy to Solstice-esque epic bombast via full on proggery and drone to make something truly remarkable.

You can call it pretentious if you want, with the dark age-themed lyrics and the violin interludes, but pretentious here really means ‘compelling, brutal shit’, so piss off back to your Paramour MP3s or something. For those more willing to try the hard stuff, this is challenging but utterly rewarding and – yes indeed – catchy dark psychedelia at its finest.

Anyway, we’re living in a golden age of doom so enjoy it while you can until it inevitably goes shit, because – and it hardly needs saying – humans do like buggering things up.

Now, if you don’t mind, I must demand to be let out so I can sit on the roof all day and glare condescendingly at some pigeons. It’s tough at the top.

Next Story:
Cold Feet and Garlic Bread – The Hidden Link