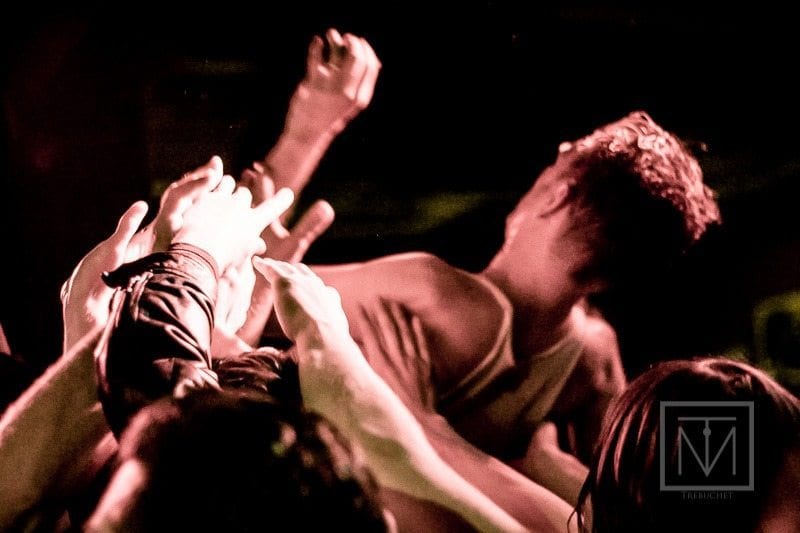 [dropcap style=”font-size:100px; color:#992211;”]S[/dropcap]weat drips from the ceiling as a mad preacher prowls a crowded stage.

JD. Wilkes is in his element and the greatest showman alive is once again exorcising the demons of Rock and Roll from their rictus poise and commercial grave.  One minute he’s the devil, the next he’s a moth craning toward a stage light. Bathed in red he tenses before jumping into the audience and carried like a tractor messiah on the hands of the adoring.

There’s no new angle and the music may not have changed, but the Shack Shakers are so good repetition is warranted. Taking harvest dance grooves and riding the train rhythm through, when Ben (Whitacre, drums) and Mark (Robertson, bass) pound the line on classics like ‘CB song’, ‘Where’s the Devil’ and the mighty ‘Ichabod’, the soul of the 100 Club comes alive. Ghosts of performances by the Pistols and the Stones bow their head to the newest amongst them. The Shakers will forever be here.

The sold-out crowd roared at the end of every song,beamed huge smiles and stomped their feets for more and more. With a new album coming soon they will get it. With this knowledge, hopes of new material were high on the night, but didn’t eventuate. Instead we saw the return of drummer Ben Whitacre, who took a leave of absence during the last tour to literally mend a broken heart, and for a small fee the worthy might touch the metal casing of his iron chest. He’s done been healed and the circus now features one of the saved.

The sound at the 100 Club was pushed to it’s clamorous limit and what we lacked in verisimilitude we gained in energy and grandeur. Happy Days for certain, and if the UK is still missing a performance of ‘Sin Eater’ in order to be truly satisfied, the band know well that the secret to being wanted is leaving people wanting more.

Some 20 plus years into their careers Th’ Legendary Shack Shakers are STILL one of the greatest live acts on the planet and while line-up characters have come and gone, what was witnessed onstage in 2014 has become the stuff of permanent legend. 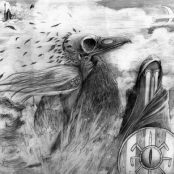