Legal Aid in Danger: Cuts to Penalise the Poor. 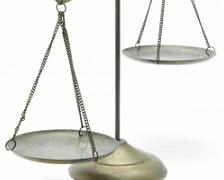 The consultation period for the proposed changes to legal aid is set to close on the 14th of February. The Miscarriages of Justice website MOJUK lists the importance of legal aid and how the proposed cuts will affect people in the UK and calls for action.

Legal aid is the Citizen’s insurance policy in that laws that affect them are put into effect in the way intended.

National/Local Government, Prison Service, Corporations are all powerful, those who are affected by their decisions are not.

Legal aid is an essential safeguard against this inequality of arms and also serves to maintain scrutiny of National/Local Government department decisions, serves to bring Corporations to account for wrong doing against employees, to bring both Government/Corporation to account for public malfeasance, criminal negligence.

If the cuts go through and it is up to you to stop them.

You will not be able to obtain legal aid for ‘False imprisonment’, ‘Malicious prosecution’, ‘Negligence’, failures to carry out duties or to fulfill obligations imposed by legislation and a whole raft of other torts.

Long term prisoners will suffer the worst, the problems they have on release, obtaining, housing, benefits, work, will no longer be covered by legal aid.

While less disturbing than simply disadvantaging the accused these cuts will affect a large number of lawyers and legal associations whose conscience based remit will suffer. It’s hard to see how these cuts will improve society to any extent and effectively further reduces the role of the poor to fearful serfs who will be powerless against abuses by larger institutions or circumstance.

MOJUK has cited a PORTIA finding stating that there are currently 3000 innocent people behind bars. These cuts will not only remove hope for these people but can only be seen to increase this numbers as people accused are under or non-represented.

(please use the social links at the bottom to tell your friends and associates as soon as possible)
Image: FreeDigitalPhotos.net

Next Story:
Prodigy vs Mutiny: Art’s Promising Future? Pt. One