[dropcap style=”font-size:100px; color:#992211;”]W[/dropcap]hy is expectation of something often so much more vibrant than the reality?

How many times has the thrill of owning, being, or becoming vastly overshadowed the thing in itself. When we listen to the songs from the 80s , 90s, 00s we savour a sense of time and anachronsim. We discover the now harmless past, taking notes, and from the surety of the present pass judgement. Ha ha the silly haircuts! Look at those stage moves and strange trousers, what where they thinking?! If inspired, we muse over how those ideas might work in a modern context.

The visual aspect of music has always been present but when television allowed us to own the musical idol visually, the impressionable where able to embody the music through dress and manner. Fast forward to the Youtube present, brevity is the key and visual presentation has to convey what a performer is about in the first five seconds before the inevitable skip. At least where pop music is concerned (and perhaps further) the semblance has to reach and resonate instantly. 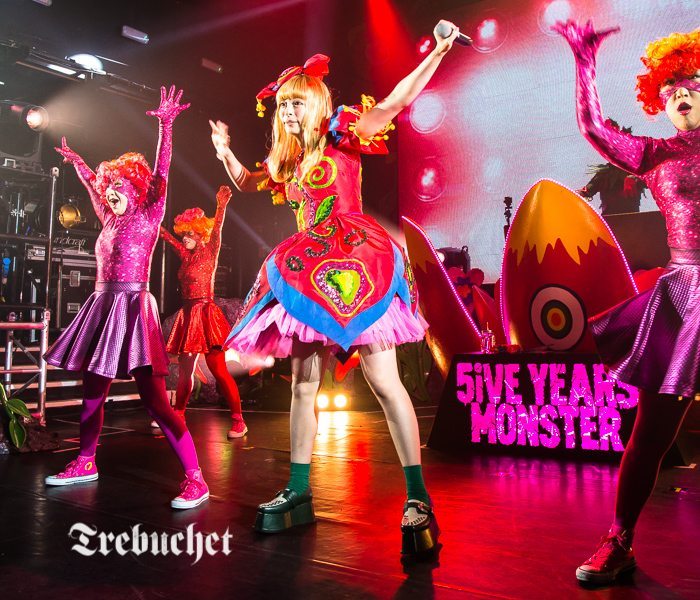 It is enough for a band to in a bedroom rehearsal space to have their spiky hair considered punk. Athletic wear mottled by passing traffic lights signifies hip-hop. Something rural including a pick-up and weathered denim places the act deep in the down home. The setting places the music within a context where its dislocated denizens make it their own at desks around the world.

We live in a world where the semblance of something carries more weight than the item itself, we happily shut the curtains on Plato’s cave and imagine that the musical world sounds better than it otherwise does. It’s commonplace enough to pretend to enjoy Radiohead’s latest meandering offering, giving the benefit of the doubt to impoverished musical ideas that need past benefits to survive. But this isn’t an ‘I hate Radiohead’ essay, they’re in many ways a good band even if their experimental pursuits have placed them in the hinterland of interest. Technically adept, they could easily have remade The Bends year on year, becoming more technical and less musical with each offering. Just like Muse (a band whose increasingly anodyne meanderings fill theatres, sell records, and receive applause on the basis that, for many, it feels right to like the band. Iconic guitarist, charismatic frontman, together rhythm section, they deliver. But it’s the idea of band we’re celebrating here, not the music itself.)

The presumption that a band is good because they tick boxes has separated us from actually enjoying the experience in a real way. Tastemakers and writers encapsulating the vibe and feel of a band to an audience of PR and Label reps regularly miss the lack of inspiration that should separate the Wheatus from the chaff.

The taste of an idea being far safer than the actual taste of experience, as Blake himself would recognise, we move from one constructed idea to another, without actually giving the artist their due (their due often being an honest ‘Sorry mate, that was shit’, ‘try harder’, ‘perhaps you should try writing some material that was a bit original’ or even the pointed questions: ‘is there is any point to what to what you’re doing? Is there anybody out there (enjoying themselves)?’

This trust in the iconography of constructed tropes robs artists (and ourselves) of an actual response by cheating us of our ability to scale things. We parlay experience based on our appreciation of a semblance of an idea.

Given any particular day, people are asked to take part in suitable illusions that they can be part of, if they only they believe. Yes this expensive food is actually good, yes this job is creatively satisfying, yes this political party broadly represents my interests. We miss that we are being asked to shift from actuality to verisimilitude in how we respond. Offered a choice between A and B, we miss that both choices are appalling. By accepting the appearance of things as opposed to things as we genuinely find them, we agree to a positivist social compact that things are as we think them, we are governors of our feeling and anything outside of that is our problem. Which is true to a certain extent – we can only affect the things we recognise, our feelings are indeed governed by history. However, sugar tastes sweet, a lover’s caress titillates and endears, and the sharp rising of the soul in the presence of good music that catches the breath, gives you goosebumps, sends shivers and gives us reactions, we should trust.

However, while mental, these aren’t feelings from the ego but something deeper, and it is this ‘deeper’ that we should cultivate. The deeper, in a contradictory way, is actually enjoying something tangible, something outside of our cosseted mental control. 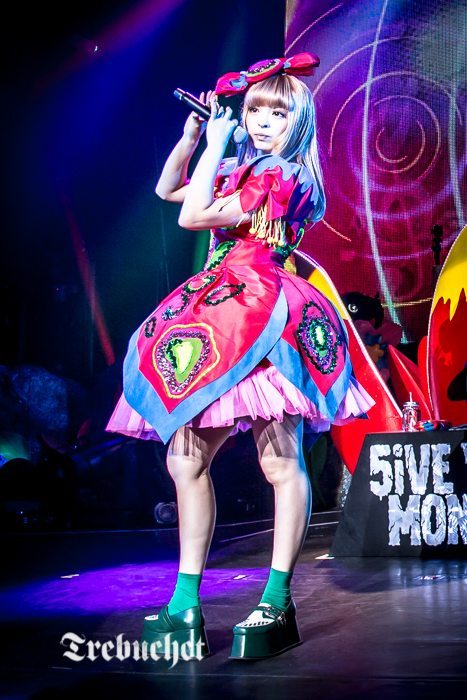 We may well sneer at well-heeled Alexandra, whose Glastonbury revelations give her access to a whole number of effete accoutrements of enlightenment: ethnic print skirts, stringed, strangely fecal, necklaces, and effortless blonde highlights, but she’s only reflecting something magical in her life when she and her peers momentarily recognised something other the system they’ve been taught to feel natural in. Momentarily, she wrote her own Emperor groove and outside of the festival liminality of a paid-up free society, wants to embody that semblance, that feel, that being. And she wants you to know it, because in a world of thinking, recognition is reality.

William Gibson wrote Idoru about a few things. Mainly it was a techy setting for his noir story about talent, identity, and heroism, where the trope of an ethereal femme fatale is given a sharp twist by being digital, designed, and wholly owned. In sense then she was the idea of a corporation whose sentience is starting to cause problems, the semblance of a perfect pop star whose escape from the uncanny valley of the dolls results in her being ‘real’. After the rush of Gibson’s amphetamine story has drained, the reader is haunted by the depiction of a unreal/real character whose part-Pinocchio part- Pygmalion tendencies reflect their surroundings, rather than project their intentions.

Lesser endowed readers might savour the pliable figure of a perfect idoru (Janglish derivation of ‘idol’ meaning an easy canvas for succulent personal projections), however there is something else altogether more frightening underlying it all, though it’s hardly as new as we’d like to believe. The idea becoming real. What if, as we’re told, the semblance of reality that we can manipulate through positive body images, talking loud, elevator pitches, mental images, is actually real? What if what we want to be real actually is?. How much do we want the guy in the sky to hold our eternal hands, or believe somehow that everything will turn out all right (and it’s shrivelled twin ‘There was nothing I could do anyway’)? Similarly, the satirist Cabell wrote in The Silver Stallion (1926)

‘The optimist proclaims that we live in the best of all possible worlds; and the pessimist fears this is true. So I elect for neither label.’

Kyaru Pamyu Pamyu is a Japanese Idol. A Harajuke girl whose dress and manner matches the ideal she presents. Her character is basically a work of symbolic creation. Through a string a dance-pop videos she presents a strange and unsettling world that has made her a multi-platinum selling Japanese mega star. Her fans recognise her as an otherworldly construction of pop symbols, proof positive that you can think your reality into being, albeit with some very real backing. The relationship of artist (whose real name is kept private) to Kyary Pamyu Pamyu construction is near total, we aren’t shown someone offstage, there is no getting into character, just greater or lesser experiences of Kyary. There is no appeal to reality here, just an emphasis on dynamic mix of symbolic contrasts: cute girl versus large woman in blackface; disembodied eyeballs versus mountains of candy; rainbow farts versus a murder of crows emerging from her mouth.

All Kyary’s poses are photo ops and energetic backup dancers wheel a hypnotising mandala around her central presence. She embodies a magical spell that traces its lines through hand symbols, ambiguous childhood sexuality, and repetition. One listener has described her music as resembling the MK Ultra spell in Serenity. Locked inside a commercial, there is something symbolic and unsettling in her music which seems to cut critical thought off at the stem as colours spin in mesmerising psychedelic trance. It’s a celebration of the shallow and subliminal which makes it thoroughly escapist, and therefore enjoyable.

Pop music has always sold a fantasy, but now that technology has reduced the need for imagination the only judgemental basis to apply is how much you connect with the colours. Constructing a performance from first world symbols of childhood means that there is something conditioned about liking Kyaru which gives surrender to a sense of nostalgic relief. Fighting it would be denying the symbolic basis of your growth (plumbed successfully by Pop Art). Kyary Pamyu Pamyu’s live performance is a solid experience backed by societal direction. It feels natural, accepted and accepting, and therefore undeniable.

Now I’m off to the real world to hunt Pokemon

Previous Story:
Something You Didn’t Know About the Lipstick Index

Next Story:
(Clean) Flesh and Feminism. The SoapGirls (Interview)