A mesmerizing mix of Afro-Cuban, African, urban and latin sounds, with a solid backbeat and vocals begging for you to listen and become entwined

Walking in to the Jazz Café, there are people milling, the stage being re-set in anticipation of the main band’s arrival, and a slow but steady influx of additional bodies filling up empty spaces in the venue until there is a solid throng of heartbeats waiting for the music to begin.

There’s always a risk that the blending of music styles will go horribly wrong somewhere in the process, and that the only sound to arrive will be a jumble of the individual genres clashing with each other. This cannot be said in any way about the musical and stylistic collaboration between Joe Driscoll and Sekou Kouyate. 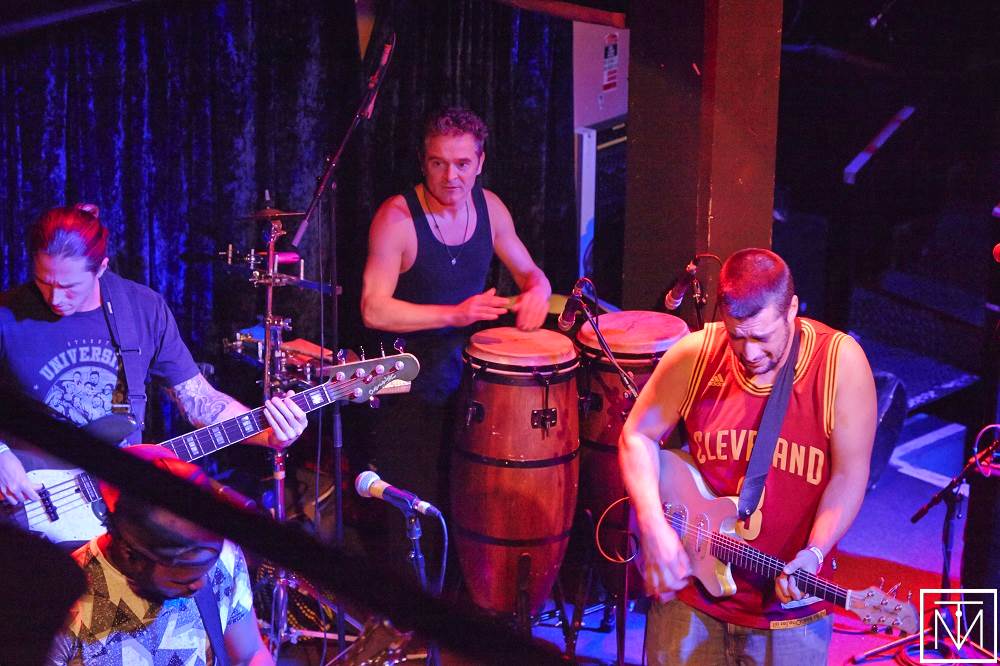 Individually, you can see where their musical basis is from, but put them together and what you have is a mesmerizing mix of Afro-Cuban, African, urban and latin sounds, with a solid backbeat and vocals begging for you to listen and become entwined in, even when in French (meant for those of us who speak no French, rather than a quip at the French!). I’m sure I even heard some soca in the mix!

The gig begins with a sample playing out, followed by a solid backbeat with the band coming in behind it. From that moment, you’re hooked. The crowd starts to dance and your foot’s going tap, voluntarily or not.

Joe Driscoll’s guitar playing is rhythmic, spot on and understated, never stepping away from its place in the music. When singing or rapping, his voice simply belongs and never feels misplaced. Sekou Kouyate is even more compelling with his extraordinary skill and style playing the Kora. 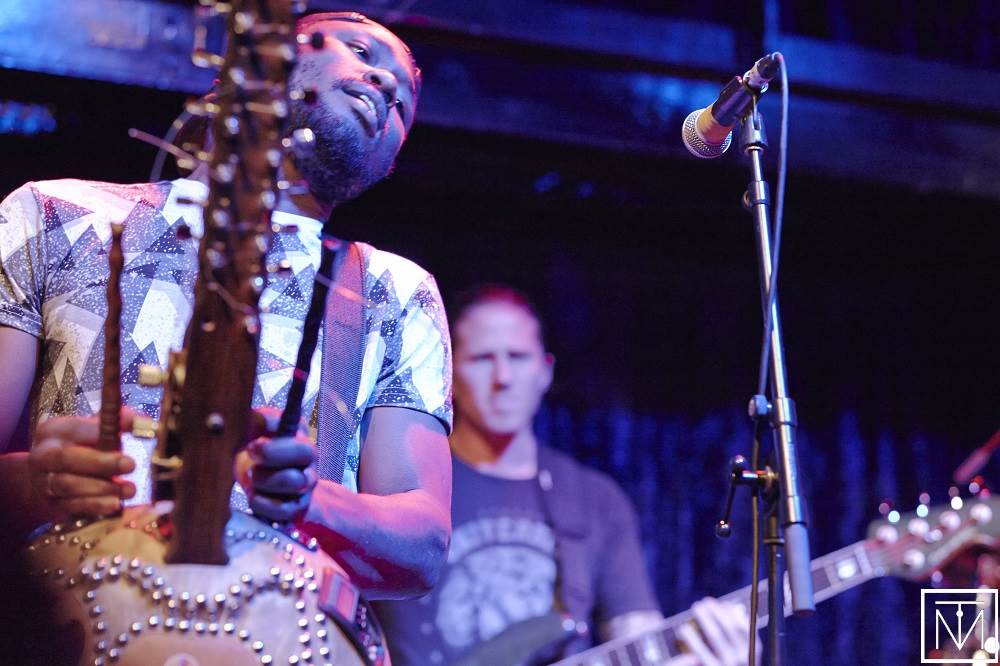 I have no doubt that this fact alone makes him someone to sit and listen to, but his voice and soul adds another dimension, both to his playing and to the music overall.

The band is tight, a beat never missed, a note never dropped, and passion visible in every moment they play their music. The crowd dances, smiles cross their faces, and you can see they are hypnotised by the groove, the words, and the vibe flowing from the stage. Audience interaction is minimal, yet where this may be a problem with some bands, there really seems no need for words, the music says it all.

A new album is in the making, and I’ve no doubt the potential of what may come is worth waiting for. Joe Driscoll and Sekou Kouyate have created something magical in the jumbling of genres, and long may it continue.

Previous Story:
The rise of the Bingo scene in the UK