Is contemporary artists carrying on the electronic traditions of the 1980s: a cultural ourobouros or just clean fun?

[dropcap style=”font-size:100px; color:#992211;”]A[/dropcap]s we move further back into a decade we may come to look back on as a second 1980s (sonically if not politically) a dark possibility is starting to rear its head.

Is it possible that we may fast be approaching ‘Peak 1980s’? Could it be that the 1980s industrial/synthwave/EBM reissue wells might one day run dry? This is not to say that reissue labels aren’t doing really valuable work in making available work that was thought lost or had never previously been issued. However, the question of sustainability has to be considered. As labels have to dig ever deeper into obscure cassette archives to find something worth releasing, quality will drop. It’s already noticeable that some material is issued (often in lavish packaging) that was justly neglected at the time and is only getting a reissue now because the 1980s are so saleable. Nevertheless, what will happen as the quantity of reissue-worthy material dries up? Will this happen before or after fashion moves on to the 1990s?

Some artists seem to have this question in mind. Part Time Punks Sessions is 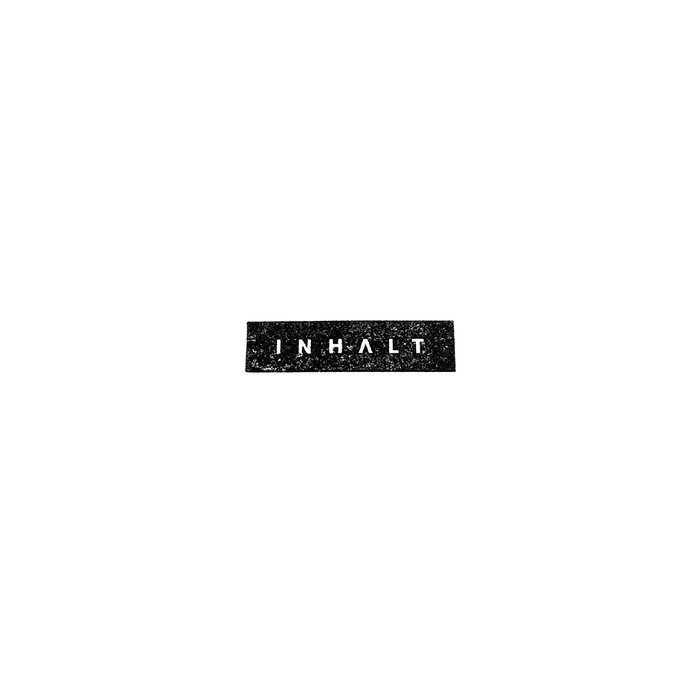 the work of contemporary artists carrying on the electronic traditions of the 1980s (on this release they reference the sounds of 1980-2 in particular). Rather than appearing on one of the many reissue labels, it’s released by American alternative institution Cleopatra Records. Yet it could at least semi-plausibly have been presented on a reissue label as a rediscovered classic rather than a ‘new’ release.

It sounds and feels as if it’s been produced precisely in order to meet the looming shortage of reissue material and a demand for ‘new’ music in the vein of 1980s classics. For work in this style, déjà vu is de rigeur and Inhalt faithfully (possibly too faithfully) fulfil their mission.

For devotees of this style, too much originality is almost a sin and it’s one that the opening ‘Aphonia’ comes close to committing. It’s an excellent atmospheric instrumental, ominous and intriguing. It would have been good to hear more in this vein. Instead, we enter the ‘Panopticon’, which despite its title is suffused with the wide-eyed technological innocence and optimism of some early 1980s synthpop. There are traces of Ultravox and other impeccable period references. The execution is sincere and fluent.

‘Black Sun’ is faster and more energetic and an equally fluent reproduction that doesn’t reference specific tracks but conjures up the de rigeur déjà vu that listeners crave. The mood shifts with the introduction of some ‘Noise’. This is a misleading title but it’s one of the most effective (and not coincidentally, original) tracks here. Expressed mostly in clearly heartfelt, poetic German, it’s almost a ballad.

Yet tradition can’t be kept at bay indefinitely. The pace picks up again with ‘Walking On Glass’, which comes across a sincere ‘tribute’ to DAF’s ‘Kebabträume’. There are other elements and traces (early Human League for one) but it’s impossible to imagine that this track could exist without DAF’s template. This is a lighter, poppier version of the DAF sound but there’s still a slight edge to the vocal.

‘Programming’ is more minimal and (relatively) original, with a pleasing twist coming from the French vocals with an unapologetically kitschy vocoder chorus. Here the allusions are to Kraftwerk but it has a strong and charming character of its own that’s very hard to resist. It’s an excellent example of French-language electro pop.

A ‘French touch’ is also clearly audible on ‘Vehicle’, which although sung in German again has a very French spirit. Specifically, the music is suffused with a very similar atmosphere to French group Moderne’s 1981 classic ‘Dilemma’. Lyrically it picks up from Krafwerk’s prophetic warnings of mass digital surveillance on ‘Computerworld’, with the BKA (German internal security service) playing a central role in the song’s slightly surreal story. The irony here is that being based in San Francisco Inhalt have far more to worry about from the NSA than the BKA. As is to be expected, the song refers more to the quaint electronic paranoia of the early 1980s than our own era of always-on digital self-incrimination.

Just as the album’s track are recorded to analogue equipment in single takes, the video for the track seems to allude to the then-pioneering 1980s video techniques of Severed Heads and Cabaret Voltaire. This could be seen as mere analogue fetishism but in a digitally-saturated era this mode of video can still seem innovative or at least poetic.

Finally ‘Occupations’ returns us to DAF territory. Here the ‘Kebabträume’ influence is even more explicit. It’s an effective closer in minimal electropop vein. Sonically and visually this album could be from then or it could be from now. It must be both uncanny and flattering for 1980s titans such as Front 242 and Clock DVA (both of whom have tried to move far beyond the 1980s archetypes they helped establish) to have played alongside Inhalt.

Inhalt offer historical re-enactment at a very high standard with some charming and effective twists. Paul Lavigne’s sympathetic mastering certainly lends the music a freshness that isn’t always audible in the work of other 1980s re-enactors and it compares well to other groups offering similar material. Does it matter that it’s so fixated on the past though? Ultimately, Inhalt is a symptom. There was already an irreversible temporal short circuit at the time of the electroclash movement and the lines between ‘then’ and ‘now’ are totally blurred. As Cabaret Voltaire asked at the beginning of the 1990s, ‘What is Real?’

Previous Story:
Making People Feel Bad… can be GOOD for them?

Next Story:
Tushauriane – Let’s Talk About It (Naomi Wanjiku Gakunga)