How human language could have evolved from birdsong

[dropcap style=”font-size:100px; color:#992211;”]H[/dropcap]ow human language could have evolved from birdsong.

The language of the bird is strong.
It echoes and it weeps.
It preys on your soul
as what you learn
you can’t tweet.

“The sounds uttered by birds offer in several respects the nearest analogy to language,” Charles Darwin wrote in “The Descent of Man” (1871), while contemplating how humans learned to speak. Language, he speculated, might have had its origins in singing, which “might have given rise to words expressive of various complex emotions.”

Now researchers from MIT, along with a scholar from the University of Tokyo, say that Darwin was on the right path. The balance of evidence, they believe, suggests that human language is a grafting of two communication forms found elsewhere in the animal kingdom: first, the elaborate songs of birds, and second, the more utilitarian, information-bearing types of expression seen in a diversity of other animals.

“It’s this adventitious combination that triggered human language,” says Shigeru Miyagawa, a professor of linguistics in MIT’s Department of Linguistics and Philosophy, and co-author of a new paper published in the journal Frontiers in Psychology. 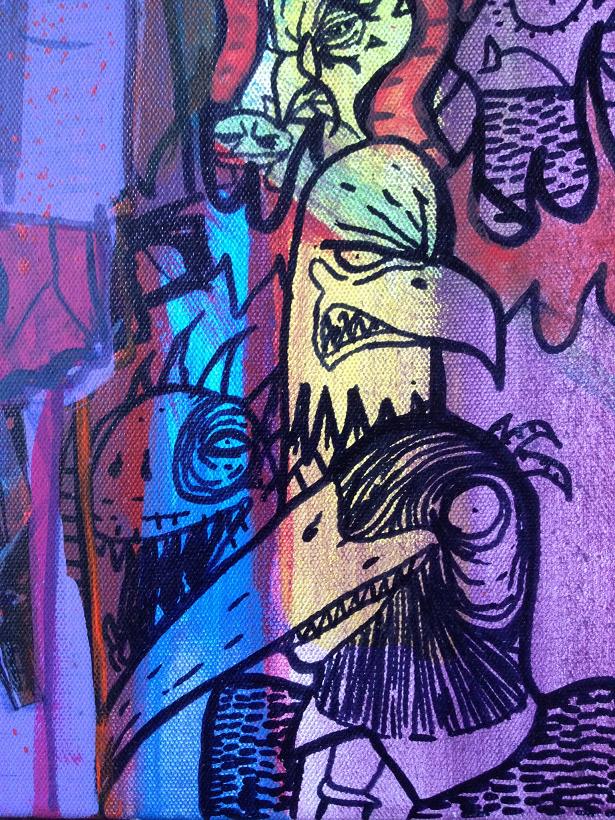 The idea builds upon Miyagawa’s conclusion, detailed in his previous work, that there are two “layers” in all human languages: an “expression” layer, which involves the changeable organization of sentences, and a “lexical” layer, which relates to the core content of a sentence. His conclusion is based on earlier work by linguists including Noam Chomsky, Kenneth Hale and Samuel Jay Keyser.

Based on an analysis of animal communication, and using Miyagawa’s framework, the authors say that birdsong closely resembles the expression layer of human sentences — whereas the communicative waggles of bees, or the short, audible messages of primates, are more like the lexical layer. At some point, between 50,000 and 80,000 years ago, humans may have merged these two types of expression into a uniquely sophisticated form of language.

“There were these two pre-existing systems,” Miyagawa says, “like apples and oranges that just happened to be put together.”

These kinds of adaptations of existing structures are common in natural history, notes Robert Berwick, a professor of computational linguistics at MIT who is also an author of the paper.

“When something new evolves, it is often built out of old parts,” Berwick says. “We see this over and over again in evolution. Old structures can change just a little bit, and acquire radically new functions.”

A new chapter in the songbook

The new paper, “The Emergence of Hierarchical Structure in Human Language,” was co-written by Miyagawa, Berwick and Kazuo Okanoya, a biopsychologist at the University of Tokyo who is an expert on animal communication.

To consider the difference between the expression layer and the lexical layer, take a simple sentence: “Todd saw a condor.” We can easily create variations of this, such as, “When did Todd see a condor?” This rearranging of elements takes place in the expression layer and allows us to add complexity and ask questions. But the lexical layer remains the same, since it involves the same core elements: the subject, “Todd,” the verb, “to see,” and the object, “condor.”

Birdsong lacks a lexical structure. Instead, birds sing learned melodies with what Berwick calls a “holistic” structure; the entire song has one meaning, whether about mating, territory or other things. The Bengalese finch, as the authors note, can loop back to parts of previous melodies, allowing for greater variation and communication of more things; a nightingale may be able to recite from 100 to 200 different melodies.

By contrast, other types of animals have bare-bones modes of expression without the same melodic capacity. Bees communicate visually, using precise waggles to indicate sources of foods to their peers; other primates can make a range of sounds, comprising warnings about predators and other messages.

Humans, according to Miyagawa, Berwick and Okanoya, fruitfully combined these systems. We can communicate essential information, like bees or primates — but like birds, we also have a melodic capacity and an ability to recombine parts of our uttered language. For this reason, our finite vocabularies can generate a seemingly infinite string of words. Indeed, the researchers suggest that humans first had the ability to sing, as Darwin conjectured, and then managed to integrate specific lexical elements into those songs.

“It’s not a very long step to say that what got joined together was the ability to construct these complex patterns, like a song, but with words,” Berwick says.

As they note in the paper, some of the “striking parallels” between language acquisition in birds and humans include the phase of life when each is best at picking up languages, and the part of the brain used for language. Another similarity, Berwick notes, relates to an insight of celebrated MIT professor emeritus of linguistics Morris Halle, who, as Berwick puts it, observed that “all human languages have a finite number of stress patterns, a certain number of beat patterns. Well, in birdsong, there is also this limited number of beat patterns.”

The researchers acknowledge that further empirical studies on the subject would be desirable.

“It’s just a hypothesis,” Berwick says. “But it’s a way to make explicit what Darwin was talking about very vaguely, because we know more about language now.”

Miyagawa, for his part, asserts it is a viable idea in part because it could be subject to more scrutiny, as the communication patterns of other species are examined in further detail. “If this is right, then human language has a precursor in nature, in evolution, that we can actually test today,” he says, adding that bees, birds and other primates could all be sources of further research insight.

MIT-based research in linguistics has largely been characterized by the search for universal aspects of all human languages. With this paper, Miyagawa, Berwick and Okanoya hope to spur others to think of the universality of language in evolutionary terms. It is not just a random cultural construct, they say, but based in part on capacities humans share with other species. At the same time, Miyagawa notes, human language is unique, in that two independent systems in nature merged, in our species, to allow us to generate unbounded linguistic possibilities, albeit within a constrained system.

“Human language is not just freeform, but it is rule-based,” Miyagawa says. “If we are right, human language has a very heavy constraint on what it can and cannot do, based on its antecedents in nature.”