Here the nostalgia isn’t simplistically or naively wistful, but darker and tenser.

[dropcap style=”font-size:100px; color:#992211;”]T[/dropcap]hese Hidden Hands is a collaboration between CLR artist Tommy Four Seven and Alain that takes the duo and their listeners into unexpected zones, far from the dancefloor.

Releasing on their own label, Hidden Hundred, they embrace the opportunity to embrace and cross-breed a range of styles including ‘classic IDM, jungle and early techno’. Yet this summary can’t accurately summarise what is a very idiosyncratic release.

‘Trelesire’ begins with atmospheric, filmic chords, but these are soon cut through by heavy percussion. For a time the chords and beats co-exist before it becomes more abrasive and churning until the beats relent and it fades softly.

‘When Told’ is a very strange track that starts with a very metallic loop recalling Spooky‘s 1995 album Found Sound. What comes next is a laconic or ironic (?) male vocal line, seemingly repeating the track title. It’s an odd and uneasy combination. It’s followed by the grinding, ominous ‘Diesel’ : a kind of instrumental sequel that sounds appropriately gritty and dirty and seems very contemporary.

The semi-Aphexian ‘Ivy’ provies a crashing gear-change. Here the duo work out their IDM influences. It features shimmering chords and echoing drum sounds, but it’s not as “in your face” or as distinctive as Aphex Twin though. It’s pleasant, but definitely out of time and place.

‘Laika’ – is described as ‘ distressed nostalgia’ and also references early 1990s styles. Perhaps after well over a decade of producers trying to recreate or emulate 1980s sounds, this is an example of an engagement with now-classic 1990s sounds by much younger producers.

There’s some similarity to the less acidic end of the Rephlex Records sound, but with a bleaker undertone – here the nostalgia isn’t simplistically or naively wistful but darker and tenser. Next in line. there’s the tantalisingly 1970s kosmische bleepscape ‘Mollusk’ which cuts off before we can judge if it’s a serious gesture, a private joke or a failed experiment.

‘Severed’ is suitably dark and ominous. It’s the most dancefloor-oriented track here, but deliberately 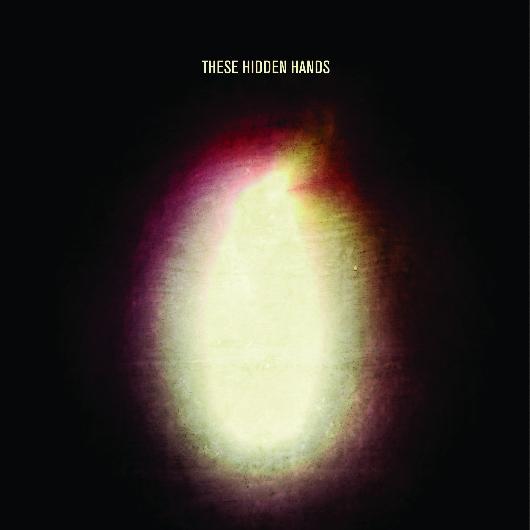 seems to fight shy of anything too linear, breaking its own momentum with slightly faltering beats and an intrusive bass motif. Shifting back to experimentation, ‘Isopod’ is based around smeared and detuned tones. In places defiantly but interestingly ugly, it eventually gives way to a massive bass rumble.

‘Kheium’ is hard to pin down and a typically indeterminate Hidden Hands track. It’s a dense soundscape featuring what sounds like a sample of a vinyl pick-up, strange twangy chords and massive low end impacts. Whatever it is, it’s a really powerful blend of organic and electronic that evokes the work of Harold Budd or William Basinski, especially in the last minute when the beats drop away and the track slowly fades out. The final curiousity is the melancholic ‘Hidden’, which has a trace of Autechre circa Garbage (1995) and is an effectively atmospheric conclusion to a challenging and very unusual set of tracks.

One Reply to “These Hidden Hands [Album]”