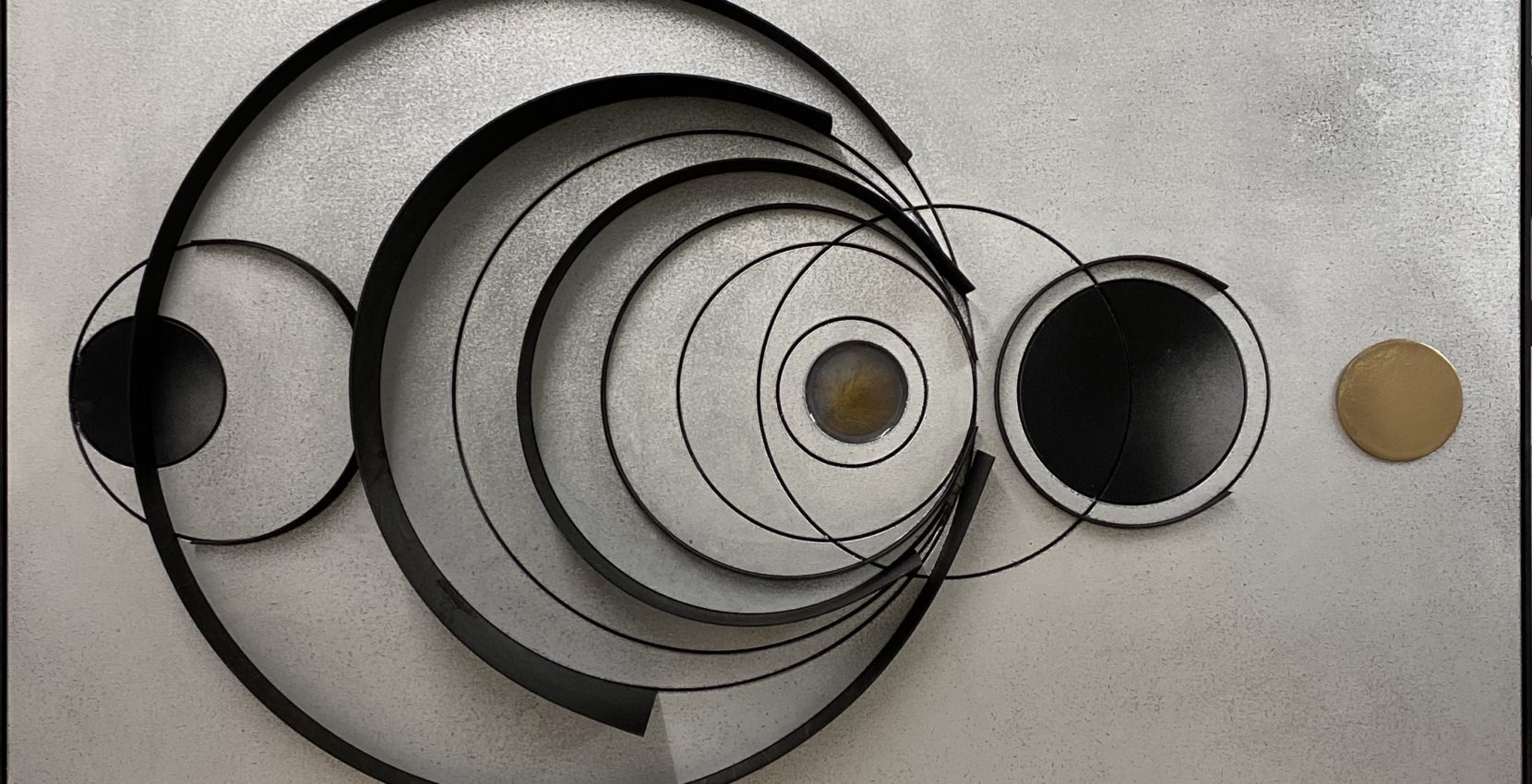 Hard Fast Love is the latest exhibition from Gail Olding and charts her move from assemblages, that many will be familiar with, to abstract work that marks the latest stages of her exploration into the symbolic natures of the circle, cycles, circularity, position and intersection.

In this series of works the sacred feminine is explored, highlighted and celebrated. Its success lies in its inherent ancient symbolism, which creates a point to ponder the boundless, the limitless and even the possibility of magic. Circles represent God , no beginning and no end.  In sacred geometry circles represent the Feminine and line represents the masculine. Things move in circles as cycles. Planets, suns, life, etc. It is important to me because it contains a certain spirituality, a realisation of the boundless. It is both peaceful and sexy. Simple and complex.

In Geometry the point at which two equal circles overlap is known as the Vesica Piscis. Its direct translation means “Vessel of the Fish” due to its shape.

This is known as the womb of the universe. It is where all mathematics and geometry are born from, the birthplace of creation.  It is the sacred feminine, the centre of the universe.

The Vesica Piscis is represented by the number 153 as is the word Mandorla (meaning Almond in Italian.)  The number 153 was sacred in Pythagorism.

This number very subtly appears in the Bible, after his resurrection, Jesus, helped his followers with fishing (another hint to the Vesica Piscis). His followers hadn’t caught anything for days, but with the help of Jesus they caught exactly 153 fish.

Mary Magdalene said to be the wife of Jesus and the leading Disciple (In addition to her name meaning ‘The Sea’) Her name when translated in to Greek, becomes η αγδαληνή.  When the numerical values are assigned to it and added together, the result is 153. She was then Framed as a prostitute by Pope Gregory I during the 5th Century which was included in the Bible until 1969, when Pope Paul VI removed the identification of Mary Magdalene as the “sinful woman” from the General Roman Calendar, but the view of her as a former prostitute has persisted in popular culture.

Old Celtic Churches in Ireland contain sculptures of the Sheela Na Gig which openly displays the Vesica Piscis.  They have been described as disgusting, offensive or even evil. Euphemistically they were called “fertility figure” and because of their naked and “rude” bodies and certain connection with the ancient cult of the Mother Goddess, they were consideredas pagan idols.

In Greek and Roman mythology, vesica piscis (mandrola) was associated with the Goddess Venus and Aphrodite and had a mythical connection with the fish, understood as a token of fecundity, procreation, and renewing of life.

The Mandorla is the same shape as the vulva. In Sanskrit vulva means “Yoni”. When you translate Yoni back it means “Holy passage”. In the sense of a passage for the soul to the material world.

All saints are presented with a Mandorla in the background.  A holy soul that has manifested itself in the material world.

The Power of the Mandorla is subconscious and purely feminine.

Trebuchet readers will be familiar with her work through our limited edition print series, which featured one of the earlier examples of Olding’s circular wall sculptures. 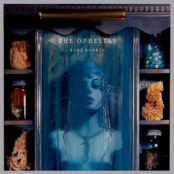 Next Story:
The Beauty of Packaging