A Danish researcher has compared two of the most different welfare systems in the western world. Despite the differences, the research shows surprising similarities in the way in which people in the USA and Denmark perceive the deservingness of welfare recipients. 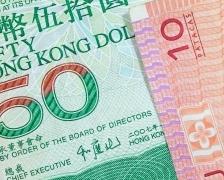 At the risk of sounding like the offcuts of a mawkish John Lennon dirge, imagine if there were no greed.

Not because of some utopian, tree-hugging age of Aquarius, but because of inbuilt genetic programming evolved in response to humanity’s survival needs.

Imagine if the addiction to money were looked upon as a pathological condition, recognised as a weakness that drives its sufferers deeper and ever deeper into behaviours which alienate and remove them from the healthier influences of friendship, family, community and society.

If addiction to money were looked upon in the same way as addiction to heroin or cocaine, we might begin to understand the destructive and anti-social actions of those afflicted. Does a smackhead worry that his habit destroys families, wreaks environmental havoc, triggers violence and misery along every link of the supply chain? Perhaps, but not enough to quit.

Expecting the same from wealth addicts is irrational.

And yet our iconography presents the CEOs and chairmen as elite hunters in a system which rewards the ruthless and maligns the remaining majority as lazy, passive, weak and second-rate. Mitt Romney’s casual dismissal yesterday of the 47% of the US electorate receiving social welfare is as typical of a mindset as it is of Mitt Romney. Assuming receipt of social welfare to be a characteristic of the feckless masses is a perspective ingrained deeply into the makeup of society’s ‘winners’.

What, though, if a study were to hypothesise that the very concept of social welfare was one which is crucial to the survival of humanity, and that it is the very elite hunters with which the corporate bigshots self-identify who are the destructive pariahs most detrimental to the continuation of the species?

Who is entitled to social welfare?

A Danish researcher has compared two of the most different welfare systems in the western world. Despite the differences, the research shows surprising similarities in the way in which people in the USA and Denmark perceive the deservingness of welfare recipients.

This is one of the conclusions presented in a research article by the highly recognised American Journal of Political Science.

– The question of whether a person deserves help or not triggers a number of deep psychological processes. No matter where we come from, whether we are right or left-wing – it is in our genes, so to speak, explains PhD Michel Bang Petersen, who has studied the fundamental mental short cuts that people take when assessing the right to social welfare.

The dominating criterion when deciding whether a person deserves support or not is an assessment of whether he or she is lazy or has basically been unlucky in life.

So far, research has thought that the deservingness criterion was socially and culturally acquired. And also that the workings of the welfare system in itself reinforce this assessment criterion as it teaches us to take a stand. However, Michael Bang Petersen rejects this notion:

– At least it has nothing to do with the welfare system. It does not tally with the way in which the system works in Denmark at all.

Rather, his findings suggest that a deep psychological instinct is triggered which dates all the way back to the older Stone Age.

– Probably because in the Stone Age, hunting was to some extent about luck. Those who shared their food with others were the ones who survived. In this way, the instinct has survived until the present day, says Michael Bang Petersen.

In other words, the instinct which in the Stone Age helped people decide whether their neighbour had simply been unlucky or was just plain lazy has survived until modern times, simply because the hunters who shared with each other were also the ones who survived the harsh conditions at the time.

Michael Bang Petersen has compared the most different welfare systems in the western world and found out what respondents remember about various complex issues. In cases where the deservingness criterion was dominant, the respondents remember only that one aspect. The fact that this aspect tends to obliterate all other aspects of a case from our memory, regardless of whether we are from the USA or Denmark, is a sign that it is deeply rooted in our consciousness.