The greater a country’s gender equality in employment, the higher its homicide rate

[dropcap style=”font-size:100px; color:#992211;”]W[/dropcap]e’ve probably all been guilty on occasion of wanting to kill our boss.

There’s a difference between a bit of work frustration and an all-out killing spree though. Higher gender equality in employment correlates with higher homicide rates.

Tele-commuting looks better every day. From a cave. In the mountains.

The greater a country’s gender equality when it comes to employment, the higher the overall homicide rate, according to a Baylor University study of 146 countries.

“The finding does not mean that gender equality in employment increases homicide rates, but there is a correspondence,” said sociologist Katie Corcoran, Ph.D. “What remains uncertain is the ‘why’ behind this relationship, although prior research suggests it may be due to threatening male status.

“The research findings are significant because they show that gender inequality does not only affect women,” she said.

The study also showed that a cultural measure of equality — determined by whether women are treated with respect — is tied to homicide rates. Countries in which women are respected have lower overall homicide rates, said Corcoran, a fellow in Baylor’s Institute for Studies of Religion and associate professor of sociology and anthropology at West Virginia University.

Latin American countries’ “extraordinarily high rates of homicide” — second only to Sub-Saharan Africa globally — are partly explained by Latin Americans’ cultural perception that women are not respected in their countries, Corcoran said.

Until now, little research has been done to investigate a link between gender inequality and cross-national homicide, Corcoran said. 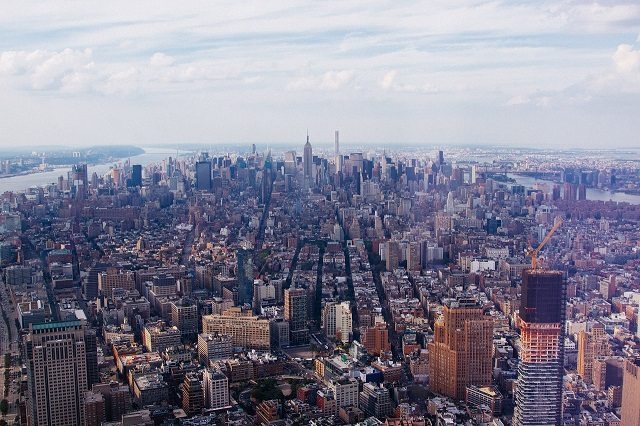 In her study, Corcoran used social and economic data from the 2009-2011 waves of the Gallup World Polls for 146 countries. The poll is a representative survey of adult residents in more than 150 countries, which make up more than 98 percent of the world’s adult population. The survey is given to approximately 1,000 people in each country.

For homicide rates, she used 2005 to 2011 data from the United Nations Office on Drugs and Crime.

In the area of socioeconomics, gender equality was measured by the adult female share of the labor force and the ratio of females to males employed in such positions as professional workers, managers and executives. In the cultural measure, based on asking respondents whether women in their country are treated with respect and dignity, female and male responses tended to be consistent in most countries, Corcoran said.

Corcoran noted that homicide rate breakdowns by the gender of the victim and perpetrator are available only in a handful of countries, primarily Western ones, which tend to have more gender equality.

“Since gender inequality can have broader effects on violence, I am able to look at overall homicide rates, which greatly increases the number and diversity of the countries included in the study,” she said.

Corcoran noted that some scholars argue that the “machismo” culture of Latin America — characterized by bravery, male dominance and aggressive sexual prowess coupled with rejection of gay men — may account for Latin America’s overall high levels of homicide, although this never has been tested. Corcoran finds that one element of machismo — cultural gender inequality — does contribute to explaining Latin America’s higher homicide rates.

In the case of greater cultural gender equality corresponding to lower homicide rates overall, “women being treated with more respect and dignity may be a reflection of fewer patriarchal beliefs condoning violence,” Corcoran said. “Meanwhile, greater socioeconomic gender equality corresponding to higher homicide rates overall may be due to women’s gains in the labor market threatening men’s status.

“Gender systems may condone male violence not only against women but other men as well,” she said. “As such, gender inequality may contribute to explaining men’s violence against both women and men as well as women’s typically reactionary violence against men.”

Future cross-national violent crime research must consider not only income inequality — a traditional measure related to homicide rates — but gender inequality as well, she said.

Previous Story:
They’re still here, but have they still got it? (Motörhead)

Next Story:
UK Culture is Becoming a Dead Parrot. What do you want? Cash?