In the late afternoon, on the last day of winter, James Johnston and Trebuchet’s Kailas caught up to talk over the reinvigoration of Gallon Drunk and the ghosts of the past. 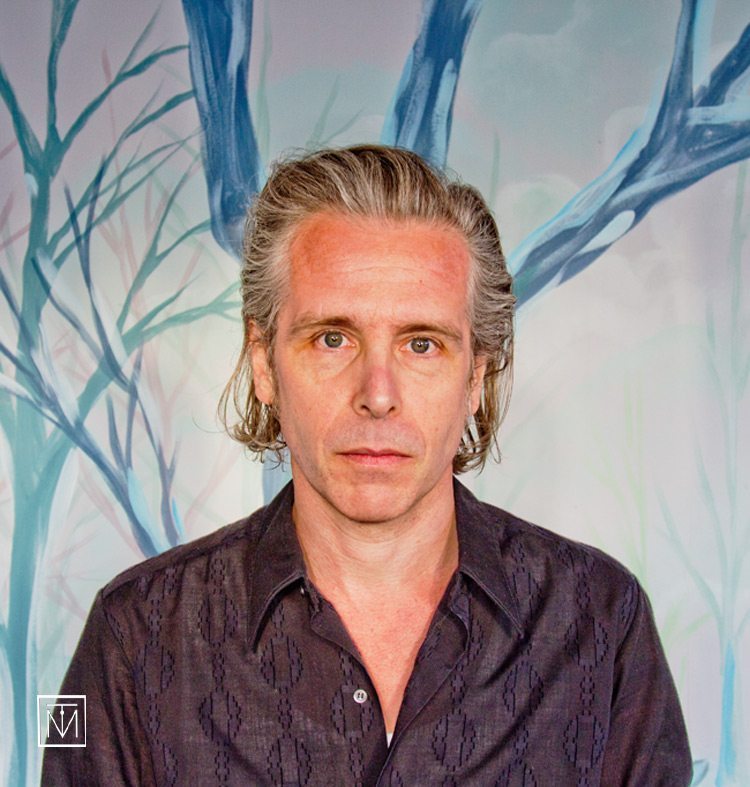 [dropcap style=”color: #992211;”]I[/dropcap]n the late afternoon, on the last day of winter, James Johnston and Trebuchet’s Kailas caught up to talk over the reinvigoration of Gallon Drunk and the ghosts of the past.

Musing about the history of Gallon Drunk, a good band plagued by bad timing, so-so choices, musical bridesmaids of note and beauty, and final emergence on the last day of winter feels grand, perhaps historic. In this setting James Johnston singer songwriter, de facto leader of Gallon Drunk walks into a south London boozer, which courting comedy and danger contains ‘sustainable’ in it’s title, to have drink on the eve of a European tour. 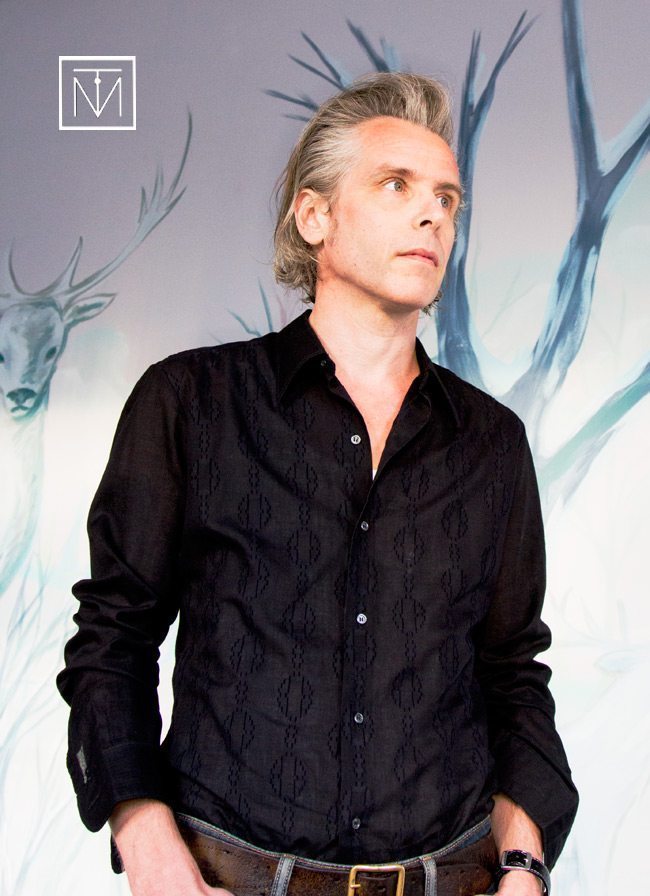 The critical success of the album The Soul of the Hour doesn’t seem to be surprising so much as so hard won for Johnston and in a sense seems to have come from a cocoon that took over twenty years of loss and chasing perfection to build.

“We finished the last record a while ago and I’ve been putting a lot of thought into it, putting it in terms of how to rehearse it for the live shows. Thinking about it in a live scenario, I’ve had to listen to it really intensely to work out what is so different about it from the previous ones.

There was a decision to have less extraneous clutter but also to have more textural stuff going on. It always starts with the drums for us, it’s always about getting the right drum sound. For instance on the first song (‘Before the Fire’ co-written by Johnston and drummer Ian White) the drums are not just the centre of the song but that Ian reappraised the way he was doing stuff after playing with Big Sexy Noise, I know I did. I got into playing guitar much more so after playing that stuff with Lydia and Faust and we just wanted to do something fresh and that came through on the demo.

It tends to be that write the initial ideas and then we sort have this big list and if something’s familiar we cross it off and work on the most interesting bits of what’s left.

But isn’t Before the Fire a bit reminiscent of the Bad Seeds?

It’s funny, I didn’t think that about that song at all.

It actually sounds considerable more like a piece of music by Gil Evans (pianist and arranger) especially from a brilliant record called the “Individualism of Gil Evans but the song itself starts with something reminiscent of ‘Little Doll’ from the first Stooges album and worked as a long krautrock take on that.

Also thought it would have so cool to worked some chords into it somehow and then building and building it up before erupting into a big dramatic ending. I always had that sort of thing in mind and we’d been trying it out in the rehearsal room when one time we were walking back to wherever when Ian said ‘oh you know that Gil Evans track, why don’t we approach it like that’ and then he had a great idea about the how the drum beat could change. Which is very similar to, and you’ll hate me for saying this, ‘you sexy mutherfucker’ (Prince). Which just floored me as there was no way I would have thought of that in relation to way I was thinking about the track and it absolutely makes it. It’s so exciting, a big gear change that just kills it.

So in that instance there was no way that we were going to say ‘oh that sounds like Prince let’s ditch it’.

I think that it comes up with every idea you think of though, there’s another track on the album called ‘Over and Over’ and I was thinking ‘hmm does this sound a bit like Neil Young’ but then I thought ‘oh well, so what’

Then again maybe those comparisons are subjective, what you hear in a Neil Young track might not be the characteristic part for someone else?

Of course but that’s what so great about music.

The History of Gallon Drunk has gone through several periods. The early garage rock stuff, which led into more Primal scream/ Screamadelica sort of direction which worked in a more electronic led sound before the hiatus…

Yeah I don’t we were even physically capable of it at first but then we tried it and thought ‘oh well that’s not so good’ which led into a bit of a hiatus and then we came back with Simon and trying something, that totally, or somehow it (Gallon Drunk) readjusted itself.

Was that happened when Mike left?

For me it was a bit later, we did a record called The Rotten Mile in 2007 and that suddenly sounded like ‘oh great, this is what it’s supposed to sound like’. You can only go with what seems right at the time that seems to be only way to do things. There was never any target at all it was just a reflection of what we were listening to at that time.

What’s Mike doing now, I wonder because he had such a hand a lot of the early stuff.

I last saw mike, well… We played a terrible gig at the ICA in 1999 and at the end of the gig Mike walked off and I’ve never seen him since. I mean I went to school with him and I think I spoke to him once on the phone but I really don’t know. He packed his gear up, walked off and we kinda just left it at that. A bit of, a sort of ‘I’m just popping out I might be some time’ sort of situation. We’d toured almost non stop for almost three years at that point so who knows.

Can I ask about Simon Wring? How did he die? One assumes a drug overdose but nothing has been stated.

No it wasn’t actually. It was… when we suddenly sounded right again that was when we had Simon in studio, he’d been touring with us (and been the soundman for us before that) and known us through as a friend for years and years…

He is such a brilliant lovely person.

He fell into a spiral of depression, and isolation as a result, that he just wasn’t even physically able to play bass anymore

He lived out in Eastham and I’d drive round to his house and… (pause) some things are a bit difficult to talk about actually… but he became very ill by the end of it. He was hospitalised and came out and not remotely drug related in any way and depression, alcohol and things like that, but mostly just self neglect.

It’s so terribly sad. He was such a kind wonderful person and how that can happen to people. I don’t think I’ve said too much but that that was sort of the thing that happened, is terrible. It’s always the way that you never realise the depth of it until it’s got to a point where almost it’s too late. 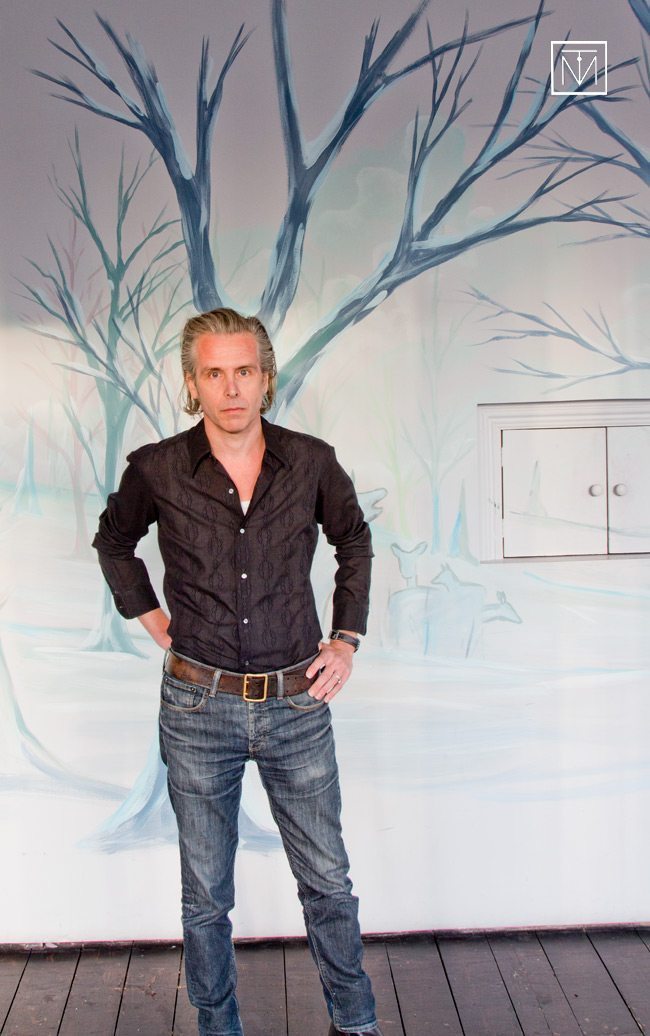 There are a number of lovely tributes online to him, he’s seemed like he gave a lot to people.

Such a sweet guy. He had a community studio in Eastham, we did some stuff there. He’s was such a wonderful person. It was the most awful heartbreaking thing you can imagine, It was the worst sort of a sickness but also not something we could get.

Around the time we’d just recorded the basic tracks for ‘The Road Gets Dark From Here’ and we’d literally just got back from Hamburg when we found out more and then we just left the album for ages and sat on it. Eventually after about a year, perhaps longer, I put the vocals on it and which point we had to have someone come in to play. it was nice to have someone that didn’t know Simon, in that sense. Leo had never met him so it must have been easier for him not to have the constant reminder of someone when playing the songs. For the rest of us it’s different.

You can’t help but remember a silly thing that had happened once in a certain song and stuff comes up every single time. So for Leo I think it was easier not to have that additional burden along with joining a band.

I think the last two album’s are your best work though?

I agree, the last two albums for us were a move into a new territory which i think is some of the best music we’ve done, so I think we’ve come to somewhere interesting.

These new records hopefully reflect how we are as people and as a band, probably less explosive than the earlier records and more contemplative but also thrilling. Also I think we’re just better at it, to the point that it’s almost instinctual now. I’ve been playing with Ian and Terry since ’93 and I’d have hoped we’ve improved by then!

When we’re putting together set it’s difficult to find songs that fit. I mean we can play pretty much the whole of the new record which has definitely got it’s own sound, so the set will probably be from the last two records but we’re also looking at rearranging some of the old material but hopefully by that part of set we’ll be looking for something that’s exciting and as easy to play as possible.

Which in fairness we’ve got a quite a lot of choice there! Get all the difficult ones out of the way and then have our ‘Sister Ray’ at the end, blasting it all out in E.

Nothing wrong with that.”

See the band whose credits include: being nominated for the Mercury music prize, associations with Nick Cave, Morrissey, Faust, Big Sexy Noise and James’ film work with Ken Russell and much more live:

Read the Trebuchet review of The Soul of the Hour.

Photos by Kailas Trebuchet, not to be reproduced without permission.

Next Story:
Miami Will Drown, Scientists Say When