Parents to clamp down on the sexy child market.

The UK Government is setting up a governing body to assess and prevent over-sexualisation of children in marketing, advertising and product sales. Citing examples of children’s lap-dancing kits, playboy pencil cases and t-shirts in preteen sizes featuring the slogans such ‘future trophy wife’ it is claimed that children are being sexualised inappropriately for their age. 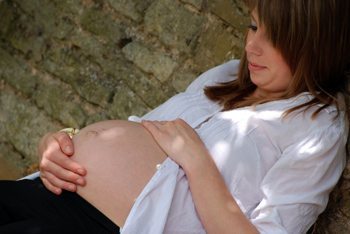 The UK Government is setting up a governing body to assess and prevent over-sexualisation of children in marketing, advertising and product sales. Citing examples of children’s lap-dancing kits, playboy pencil cases and t-shirts in preteen sizes featuring the slogans such ‘future trophy wife‘ it is claimed that children are being sexualised inappropriately for their age.

Concerned parents and the Christian charity Mothers Union have welcomed the move which would give parents avenues to lodge complaints regarding products and advertisements that are deemed to be inappropriately targeting young children with sexualised norms of dress and behaviour. They claim that the world at large has become increasingly sexualised and that keeping their children sheltered from iconically sexual images in music videos, billboards, and celebrity coverage is becoming increasingly harder. This watchdog is seen as a move to empower parents to be both more aware of sexy material and to take proactive steps to protect their children.

While it seems that empowering parents to take a greater view of the media consumed by their children is a good thing it has to be asked why this is such an issue. Not because this issue isn’t important but that there seem to be a number of assumptions regarding what this sort of preteen sexualisation will lead to and why it is dangerous enough to require government intervention. It has been noted that over the course of several generations an understanding of sexuality and sex is occurring earlier and earlier in a child’s maturation and that both what some consider the asexuality of childhood and the individual shaping of sexuality is being commandeered by capital interests and corporate norms.

Child sexuality in the media is a thoroughly hot-button issue, from paedophiles to teen pregnancies, mainstream discourse plays upon the assumption that parents should control a child’s sexuality and that there are real dangers inherent in losing that control. Norms of right and wrong with regard to sexuality seemingly work in reverse to that of violence and  unpacking the normative cosmology of ‘what is the right age for what’ is stricter but vaguer with regard to the former than the latter. For example, fist fights are generally accepted to be naughty but okay in ages 0-10 after which they become increasingly socially unacceptable until around 18 when they are more often penalised legally (18 being considered the age that a violent action is considered an act of conscious dissent from the social norm, with exceptions).

The age of sexual consent is 16, before which sexuality is defined in less detail or assumed not to fully exist. While sexuality and sexual acts are in general inevitabilities almost universally people like to think that people like to think that violence is and should be avoided at any age. However, constant bombardment of violent images and the sensationalised scenarios of fear culture such as home invasion, serial killers, crime, cab-ride rape, 24 hour drinking, hooliganism, Cardiff, Scotland and the teenage gangs have largely imparting a grudging understanding that violence is probably inevitable too.

In both cases people have fears which are subsequently exploited by companies to sell solutions; Too weak? Take Karate, Too ugly? Buy Topshop. The sexualisation of children inevitably mirrors the hyper sexualisation of adults. It’s naive to assume that the preoccupation of adults with sex, either directly or indirectly as status, isn’t understood by children as an important part of growing up.

Mainstream media would like us to see that sex defines and differentiates the beautiful from the ugly, the haves and the have-nots, and the talented from the mediocre. Violence on the other hand has been largely subsumed by the concept of strength, which itself has generally become more symbolic than actual and works in an opposite way to sexiness; sexiness leading to sex, strength leading away or protecting from violent encounters.

Both sex and violence share many tropes of social differentiation and common to both in the eyes of contemporary discourse (television, advertising, etc) is the state of being either a winner or a loser, actualised or repressed, successful or unsuccessful and it is here that the concerns of parents lie. The basic assumption here is that the sexualisation of children ‘early’ will cause them to become losers. A fear compounded by the basic understanding in the media that everyone that isn’t a supermodel or a football player is essentially a loser, weak and susceptible to violence.

Specifically, the fear isn’t really that children are sexual but that they will make disadvantageous sexual choices and hence have to be controlled. The challenge for parents then is explaining what an advantageous sexual encounter consists of, what is worth waiting for, and perhaps even what an opportunity is when it arises. Without wanting to get too soppy but the hyper commercialisation of sex equates it to a product, society to a market, people to quantifiable commodities and Love as the state of consumer satisfaction. Better yet it does so in an attractive package, with catchy lines, great abs, huge tits and a winning smile.

Try and compete with that dissenting parent!?

More problematically is that most people don’t have a personal unified view of what the perfect sexual union is; mister/miss right and mister/miss right now being separately appealing at different times. Other than the rigorously dogmatic religious the majority of liberal society has moved away from ex ante pronouncements of how sexuality should be controlled outside of an individual context. A discursive gap that has been filled by marketing that claims a hegemonic certainty, stratifying you and everyone you know whether you like it or not.

Obviously then the most important thing is for parents to teach children a form of objectivity with regard to media. Which is possible either through long discussions on how advertising is a form of lying that can never make them a better person, or that by buying something that doesn’t have a specific function you’ve shifted your position as a wealthy productive individual to an impoverished consumptive one, or even that Miley Cyrus has herpes and every time she’s on TV she’s actually giving a public service announcement which harrowingly details how she got infected.

The role of the parent is to teach children that advertising is a story that symbolically demonstrates one particular world view which champions a limited set of goals. In collaboration with parents, children should learn to focus on what they want to achieve and understand that this can’t be bought. Similarly, parents themselves should realise this and act accordingly rather than abdicating responsibility to ineffectual government bodies. After all, this form of advertising is only successful because adults buy into it.