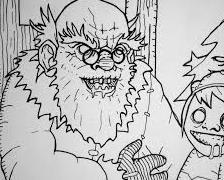 GAH! Stand down. Back to the Kale Shakes.

Daily exercise lessens many of the harmful physiological effects of short-term overeating and inactivity, shows a new study in The Journal of Physiology, which is well timed with the Christmas holiday approaching. 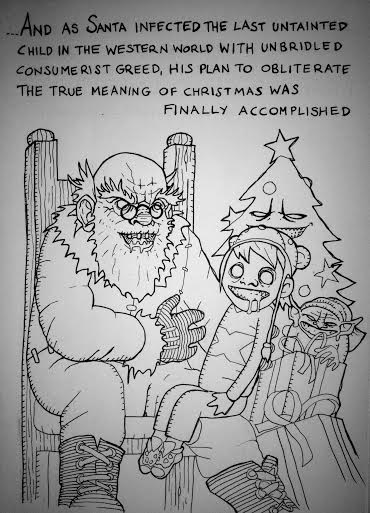 Earlier studies have found that even a few days of energy surplus – where you consume more calories than you burn – brings detrimental health impacts. This new study shows that a daily bout of exercise generates vast physiological benefits even when you consume thousands of calories more than you are burning. Exercise clearly does a lot more than simply reduce the energy surplus.

James Betts, one of the researchers from The University of Bath, says: “This new research shows that the picture is more sophisticated than ‘energy’ alone: exercise has positive effects even when we are actively storing energy and gaining weight.”

After just one week of overeating, people being monitored showed poor blood sugar control and their fat cells were expressing genes that lead to unhealthy metabolic changes and disrupted nutritional balance. However, these negative effects were markedly less in those who were exercising.

Jean-Philippe Walhin, a researcher on the study, says: “Our research demonstrates that a short period of overconsumption and reduced physical activity leads to very profound negative changes in a variety of physiological systems – but that a daily bout of exercise stops most of these negative changes from taking place.”

In the study, 26 healthy young men were asked to be generally inactive in their daily activities. Half of the group then exercised daily on a treadmill for 45 minutes. Everyone was asked to overeat: the non-exercising group increased their caloric intake by 50 per cent, whilst the exercising group increased by 75 per cent, so everyone’s net daily energy surplus was the same.

Dr Dylan Thompson, senior author on the paper, says: “A critical feature of our experiment is that we matched the energy surplus between groups – so the exercise group consumed even more energy and were still better off at the end of the week.”

After one week, the groups had blood insulin measurements and biopsies of fat tissue taken, with striking results. The non-exercising group showed a significant and unhealthy decline in their blood sugar control, and their fat cells were overexpressing genes linked to unhealthy metabolic changes and were under-expressing genes involved in well-functioning metabolism. However, the exercising group had stable blood sugar levels and their fat cells showed less ‘undesirable’ genetic expression.

Jean-Philippe Walhin, a researcher on the study, says, “Short-term overfeeding and reduced physical activity had a dramatic impact on the overall metabolic health of the participants and on various key genes within fat tissue – and exercise prevented these negative changes even though energy was still being stored.”

Dr Dylan Thompson says: “If you are facing a period of overconsumption and inactivity, which is probably quite common around Christmas time, then our study shows that a daily bout of exercise will prevent many of the negative changes from taking place even though you are gaining weight.”

The effects are obvious, but the underlying causes will need further study to be determined. The findings are likely to apply to other groups, like older adults and women, and perhaps to lesser amounts of training.

Source: The University of Bath
Illustration by Dan Booth (not to be reproduced without the illustrator’s prior permission)