It’s death on a stick out there, mate.

Scientists have developed a mathematical model to derive the probability of extreme waves. This model uses multi-point statistics, the joint statistics of multiple points in time or space, to predict how likely extreme waves are.

The results, published today, Friday 11 March, in the New Journal of Physics, demonstrate that evolution of these probabilities obey a well-known function, greatly reducing the complexity of the results. “It’s common in science and engineering to consider noise and fluctuations as something we need to avoid or eliminate in order to gain the best results” explains Matthias Wächter, an author on the paper. “For us, understanding noise and fluctuations is helpful for understanding complex systems.”

‘Rogue’ waves are large and spontaneous waves which occur in the open water, and can be extremely dangerous, even to large ships and ocean liners. They are typically defined by oceanographers as waves whose height is twice the ‘significant wave height’ – itself defined as the average of the largest third of the waves in the current sea state.

“Multi-point statistics allows us to capture a high level of complexity, such as wave heights or turbulent air flows” continues Wächter. “A key point of our work is that we were able to reduce the complexity of these so that they obey the well-known Fokker-Planck equation.” 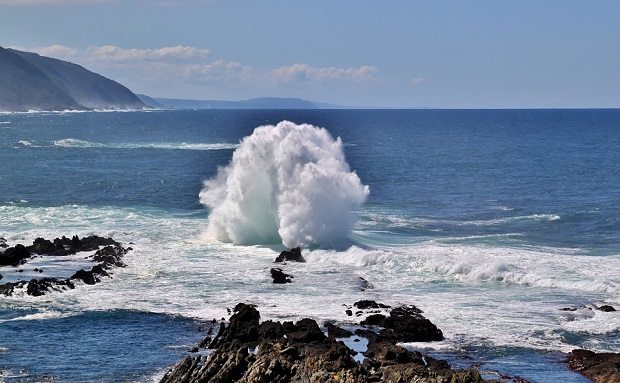 Sadly, it is unlikely that this approach could be applied to Tsunami-type events. “Typically, a Tsunami is the consequence of an isolated earthquake event” explains Wächter. “It is likely that their statistics differ significantly from common ocean waves, so this approach cannot capture them.”

Further work remains for the researchers to extend the range of these predictions to a scale of minutes or hours. They are also working on expanding their model to encompass atmospheric wind data.

“This has tremendous practical relevance in wind energy applications, where knowing about an impending large gust of wind will help wind turbines adjust their operation accordingly” concludes Wächter. “But there is still a lot of research to do!”

The researchers would like to acknowledge the support of the Volkswagen Foundation, and their fruitful collaboration with Norbert Hoffman and partners in the project “Extreme Ocean Gravity Waves”.