In a sense, this is Scotland’s guilty secret. Independence was not taken by the English, but given up by Scots. 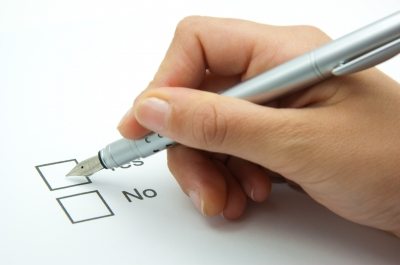 Over the last few weeks, the carefully crafted case for Scottish independence has cracked under the merciless blows of patient disagreement. George Osborne has made the UK government’s position on currency union abundantly clear, and published the emphatic civil service advice that supports it. Jose Manuel Barroso has reminded everyone of what

his predecessor Romani Prodi had already clearly indicated on the question of Scotland’s supposedly seamless accession to the EU, and Gordon Brown has come out of relative purdah to talk about a threat to the pensions of Scots.

All were met by typically forthright denunciations from the SNP leadership, and the predictable, crowd-sourced cacophony of the cybernauts, which – as always – generated a great deal of heat, but essentially no light. The case for independence that the SNP have crafted – a gradualist, risk-free, grandmother’s footsteps approach – has found itself exposed to the wolfish glare of a few raised eyebrows, and plunged into the deathly embrace of polite skepticism.

None of which is to say that there is not a perfectly coherent and indeed potentially appealing case for independence, it’s just that would be exactly what the Scottish National Party has consistently campaigned against since Alex Salmond took the helm. In other words, actual independence. The success of the SNP’s message in recent years has relied upon the notion of independence as a smooth transfer of loyalties from the old UK to the larger and ostensibly more progressive EU, referred to as ‘Independence within Europe’.

[quote]Independence was not taken by the English,

but given up by Scots. Union was a bargain in which

controlled markets, and – of course – to empire[/quote]

Unfortunately, recent troubles in the Eurozone have shown this to be little more than jumping out of a familiar frying pan, and into an EU fire, and contrary to much propaganda on the subject, Scots – along with the English although perhaps to a lesser extent – happen to be quite Eurosceptic too. Given the increasingly apparent hazards that attend upon voting ‘yes’ in September, it is as if the collapsing logic of the SNP’s case has unexpectedly outlined the very benefits that accrue through membership of the United Kingdom, which the Nationalists have always disparaged or denied.

There is, nevertheless, no joy attached to this denouement for the committed Unionist, for the UK still has a case to make in support of itself.  After the referendum (assuming voters do ultimately vote against independence) there will remain an awful lot of bad feeling on both sides, and indeed, across the whole Union. And as can only be restated often, the Nationalists need only win once. It will therefore be in their interests to nurture this residue of discontent, to learn from Robert the Bruce’s apocryphal spider, in order that they might try, try again.

Unfortunately, the Union is under assault not simply from the SNP, but from many directions, and most of all from within itself. The echoes of empire are fading, but the notion of the Union as an imperial construct has become firmly established. Scottish Nationalism borrows from Irish Nationalism, with less justification, in imagining Scotland to have been essentially ‘colonised’ and that the Act of Union was in no way a partnership of equals. Hence the appeals to shared history that are made by defenders of the Union ultimately fall upon many deaf ears, as that shared history is a history of imperial exploitation, at home, and overseas.

The Scots and the English did indeed combine to accomplish extraordinary feats of arms and administration, but also many crimes, and only a certain kind of conservative temperament is minded to celebrate all that today.

The connection between empire and Union runs deeper still when we consider that the foundations of Union were built upon the ruins of Scotland’s own imperial hopes after the collapse of the ill-fated Darien expedition. Indeed, Union marked an explicit trade off between Scotland’s birth-right of independence, and the prize of empire that Union offered.

to have affected Scotland particularly

badly, for the simple reason that the

business of Scotland was empire[/quote]

Before Union, Scotland could boast formal equality with England as a Kingdom within Christendom, even if Scots played poorer cousins to the English on the world stage. Union was, in effect, a recognition that Scotland was not – and had long not been – the equal of England in any material sense, but this was set against the new status of Scots as equal to the English in a collective enterprise. Together, these restless countries pooled their energies and created the British Empire.

Scotland’s cultural impact and pattern of emigration around the world, and her history of industrial and commercial development, reflect this very clearly. For example, the importance of Whisky as an export industry relies upon the Scottish soldiers that took their habit with them, creating both a market for, and brand recognition of, the ‘water of life’ they consumed and eulogised. Equally, the status of Edinburgh as a financial capital, like London, owes its depth and sophistication to the history of the empire that they both served.

Even in de-industrialisation can empire be seen in echo. Scotland’s much lamented shipbuilding industry built warships for the Royal Navy, and freighters for imperial trade. And of course, British Petroleum is not simply a company with interests in Scottish oil, but traces its origins to Burmah Oil, a Glasgow based company that eventually ranked among the many Scottish companies that dominated the British colonial possession of Burma.

In fact, the decline of empire might be said to have affected Scotland particularly badly, for the simple reason that the business of Scotland was empire. For two centuries, empire was the principle outlet for Scottish creative energies, from exploration to exports and for escape through emigration.

In a sense, this is Scotland’s guilty secret. Independence was not taken by the English, but given up by Scots. Union was a bargain in which independence was traded for access to English controlled markets, and – of course – to empire. The story behind the actual creation of the Union has its complications, and is often thought of as a form of ‘judicious bribery’ of the Scottish elites rather than the Scottish people, but it is clear enough that a conception of Scotland’s interests as understood by Scots was bound up with the arrangement.

Furthermore, it is hard to imagine that the British Empire would have been so successful without the Union that formed its cornerstone, for the geostrategic advantages it conferred are unmistakeable. Nor would the Union have endured, were it not for the success of the purpose that it served. Had the empire faced defeat by Napoleonic France, and the world become closed to Britons, the logic of cooperation would have dissipated, and neither England nor Scotland would likely have stuck with it.

However, even if the Scots had freely and joyfully signed up to Union on these terms, it is still reasonable to ask if – with the demise of empire – there is any further point to the Union? Which is why an argument in favour of Union must be made with an appeal to the future, rather than the past. Unfortunately, this argument does not emerge easily from a trawl through our shared past, for if the point of Union has dissolved, then surely the appeal of separate paths can only grow.

This is the background to the Scottish independence referendum. It is also, the reason we must look beyond September the 18th and realise a new purpose for the Union, if we don’t want this referendum to be merely ‘Round 1’. Many, if not most, do not wish to see the Union broken, but if the alternative is merely to watch it slowly crumble instead, then it might be better for all concerned to get it over with quickly.

Next Story:
Fat’s ‘Off’ Switch Found