Hardened plaque from ancient teeth is helping resolve the question of what plant foods Easter Islanders relied on before European contact. 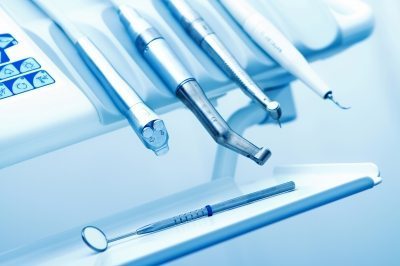 [dropcap style=”font-size:100px; color:#992211;”]W[/dropcap]e’re not too comfortable with the nomenclature of ‘Easter Island’, given that we are in a post-colonial era now and the narcissistic whims of periwigged marauders feel less than relevant.

If we are enlightened enough to speak of Hawai’i rather than ‘The Sandwich Isles’, we can make room for Rapa Nui too.

Nevertheless, one does have to imagine that Easter Islanders would have eaten chocolate eggs.

A University of Otago, New Zealand, PhD student analysing dental calculus (hardened plaque) from ancient teeth is helping resolve the question of what plant foods Easter Islanders relied on before European contact. Known to its Polynesian inhabitants as Rapa Nui, Easter Island is thought to have been colonized around the 13th Century and is famed for its mysterious large stone statues or moai.

However, no other line of archaeological or ethnohistoric evidence supports palm having a dietary role on Easter Island; in fact evidence points to the palm becoming extinct soon after colonization. Nevertheless, the researchers had found that the vast majority of phytoliths (plant microfossils) embedded within the calculus were from palm trees.

The teeth were from burials excavated in the early 1980s from multiple coastal archaeological sites around the island.

To clear up the mystery, the pair undertook further analysis, newly published in the Journal of Archaeological Science. This included identifying starch grains in the dental calculus removed from 30 teeth. After removing and decalcifying the plaque from each tooth, Ms Tromp and Dr Dudgeon identified starch grains that were consistent with modern sweet potato. None of the recovered grains showed any similarities to banana, taro or yam, other starchy plants that are hypothesised to be part of the diet.

The researchers went on to test modern sweet potato skins grown in sediment similar to that of Rapa Nui’s and found that as tubers grow, their skins seem to incorporate palm phytoliths from the soil.

“So this actually bolsters the case for sweet potato as a staple and important plant food source for the Islanders from the time the island was first colonised,”Ms Tromp says.

She and Dr Dudgeon are the first biological anthropologists to study dental calculus in the Pacific.

“It is an excellent target for looking at the plant component of ancient diets as microfossils become embedded in dental calculus throughout a person’s life. You can get a good idea of some of the plant foods people were eating, which is not an easy task.

This research also shows that the plant foods you find evidence for in dental calculus can come from the environment that foods are grown in and not necessarily from the food itself – this finding has the potential to impact dental calculus studies worldwide. ”

Determining plants’ role in ancient Oceanic diets is extremely difficult due to the scarcity of plant remains, but this research of microscopic plant remains is providing one more piece of the dietary puzzle.

Next Story:
About Political Correctness