D
igging in the dirt for drugs initially seems a bit on the Freak Brothers side, but there’s a pretty solid theory there.

It’s where pretty much everything ends up, after all.

Rockefeller University scientists have analysed soils from beaches, forests, and deserts on five continents and discovered the best places in the world to mine untapped antibiotic and anticancer drugs. The findings, published in the open-access journal eLife, provide new insights into the natural world as well as a road map for future drug discovery. The scientists now want to collect more samples from unique environments such as caves, hot springs, islands and city parks. They will continue with their citizen science effort, Drugs from Dirt, inviting the public to submit samples.

While there are more microbes in a teaspoon of soil than there are humans on earth, only a tiny fraction have been cultured. Of these, only a small number of the potentially clinically useful chemicals produced by bacteria have been studied.

For this study, one hundred and eighty five samples were taken from rainforests, temperate forests, deserts, and beaches on five continents (North America, South America, Africa, Asia and Australia) and the oceanic islands of Hawaii and Dominican Republic. The study of the “biosynthetic” content of these soils shows their potential for drug discovery.

“Uncultured bacteria from the environment could provide a dazzling array of new molecules, many of which could become new medicines,” says lead author and postdoctoral fellow Zachary Charlop-Powers from The Rockefeller University in New York.

“The unbelievable diversity we found is a first step towards our dream of building a world map of chemicals produced by microbes — similar to Google Earth’s and others’ maps of the world’s geography,” says Dr Sean Brady, head of the Laboratory of Genetically Encoded Small Molecules also at The Rockefeller University in New York.

The vast majority of antibiotics in clinical use today are derived from soil bacteria, but the yield of new drugs is low because the same cultivated bacteria, and the set of molecules they synthesise, are repeatedly rediscovered. However, for every cultured bacterial species, there are 100 uncultivated species in the environment.

Scientists have previously identified clusters of bacterial genes that are particularly good at producing therapeutics. This knowledge meant the scientists could focus on searching for certain types of gene clusters in samples rather than having to sequence and analyse the whole genomes of bacteria.

For example, in a hot spring sample from New Mexico, they found clusters similar to those that produce epoxamicin. Epoxamicin is a natural molecule used as the starting point for a number of recently approved anticancer agents. 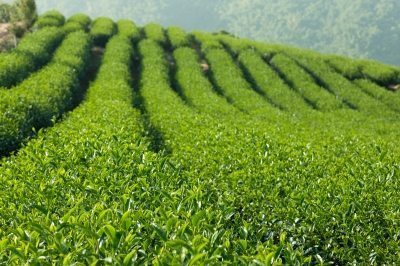 In samples from Brazil, they found genes that may be able to make new versions of bleomycin, an anticancer agent listed on the World Health Organisation’s list of essential medicines.

Throughout the American southwest, they identified soil samples predicted to contain bacteria that make rifamycin-like antibiotics. Rifamycin is a key antibiotic used in the treatment of tuberculosis, although resistance has compromised its utility.

“We predict that soils from the American southwest should be useful for identifying new rifamycin derivatives with potential as nature’s solution to resistant TB,” says Dr Brady.

The scientists were also able to identify hotspots for ‘biosynthetic dark matter’ – gene clusters new to science. These clusters might produce molecules with novel structures and therefore unexplored functions.

“Based on the historical success of natural products as therapeutics, biosynthetic dark matter is likely to hold enormous potential for biomedicine,” says Dr Brady.

“We hope that efforts to map nature’s microbial and chemical diversity will result in the discovery of both completely new medicines and better versions of existing medicines,” he says.