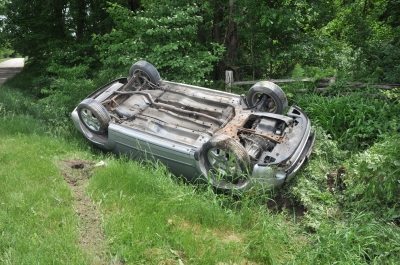 [dropcap style=”font-size:100px; color:#992211;”]D[/dropcap]ialling, texting, eating, and reaching for objects. All likely to kill you when you drive.

But at least you’ll get a good selfie when you go.

Drivers eat, reach for the phone, text, or otherwise take their eyes off the road about 10 percent of the time they are behind the wheel, according to a study using video technology and in-vehicle sensors.

Risks of distracted driving were greatest for newly licensed teen drivers, who were substantially more likely than adults to be involved in a crash or near miss while texting or engaging in tasks secondary to driving, according to the researchers from the National Institutes of Health and Virginia Tech.

“Anything that takes a driver’s eyes off the road can be dangerous,” said study co-author Bruce Simons-Morton, Ed.D., M.P.H., of the Eunice Kennedy Shriver National Institute of Child Health and Human Development, the NIH institute where the study was conducted. “But our study shows these distracting practices are especially risky for novice drivers, who haven’t developed sound safety judgment behind the wheel.”

The study of drivers in the Washington, D.C., area and in southwestern Virginia appears in the Jan. 2 New England Journal of Medicine.

Experienced adults were more than twice as likely to crash or have a near miss when dialing a cell phone as when they did not dial and drive, but did not have an increased risk while engaging in other tasks secondary to driving.

However, the researchers found that distracted driving substantially increased the risks for new drivers. Compared to when they were not involved in secondary tasks, novice teen drivers were:

Talking on a cell phone did not increase risk among the adult or teenage drivers. However, because talking on a cell phone is preceded by reaching for the phone and answering or dialing–which increase risk greatly– the study authors concluded that their results provide support for licensing programs that restrict electronic device use, particularly among novice drivers. They also stressed the need for education about the danger of distracted driving.

Citing earlier studies, the researchers noted that about 6 percent of drivers are 15 to 20 years old. Further, these younger drivers are involved in 11 percent of accident fatalities and 14 percent of reported crashes that result in injury. The study authors concluded that these data and their results indicate distraction appears to be an important contributor to this increased crash risk.

To conduct the study, the researchers analyzed video from cameras installed in the cars of about 150 drivers. About one-quarter of the drivers were novices, having had their license for no more than three weeks. The remaining drivers had, on average, 20 years of experience and ranged in age from 18 to 72.

Footage was taken whenever the cars were in motion, over a period of 12 to 18 months. Sensors recorded acceleration, sudden braking or swerving, drifting from a lane and other data.

When a crash occurred, or drivers had a near miss, the researchers documented whether the drivers were engaged in a distracting activity. They identified episodes when drivers talked, dialed or reached for a cell phone, reached for another object in the car, adjusted the car’s temperature or radio controls, ate, drank, looked at a crash or something else outside the car, or adjusted a mirror, seatbelt or window in the car. The researchers also compared the frequency of these activities when a crash or near miss occurred to their frequency during segments of uneventful driving.

Implementing restrictions on texting and cell phone use

“Our data support the current trend in implementing restrictions on texting and cell phone use in vehicles,” said Dr. Simons-Morton. “As new forms of technology increasingly are available in cars, it’s important that drivers don’t feel compelled to answer every incoming call or text. For young drivers’ safety, parents can model this habit when they are at the wheel, and also let their children know that they should wait until the vehicle is stopped before taking a call—even when it’s from mom or dad.”