So it’s just as well that we’re coming up with ways to counteract the environmental havock we’ve wrought on our once-beautiful planet. A new method of carbon capture developed recently in Tennessee crystalises those nasty carbon molecules, making for carbon neutralization that is not only effective, but pretty too.

Initially, the ORNL team was studying methods to remove environmental contaminants such as sulfate, chromate or phosphate from water. To remove those negatively charged ions, the researchers synthesized a simple compound known as guanidine designed to bind strongly to the contaminants and form insoluble crystals that are easily separated from water.

In the process, they discovered a method to capture and release carbon dioxide that requires minimal energy and chemical input. Their results are published in the journal Angewandte Chemie International Edition.

“When we left an aqueous solution of the guanidine open to air, beautiful prism-like crystals started to form,” ORNL’s Radu Custelcean said. “After analyzing their structure by X-ray diffraction, we were surprised to find the crystals contained carbonate, which forms when carbon dioxide from air reacts with water.”

Decades of research has led to the developm 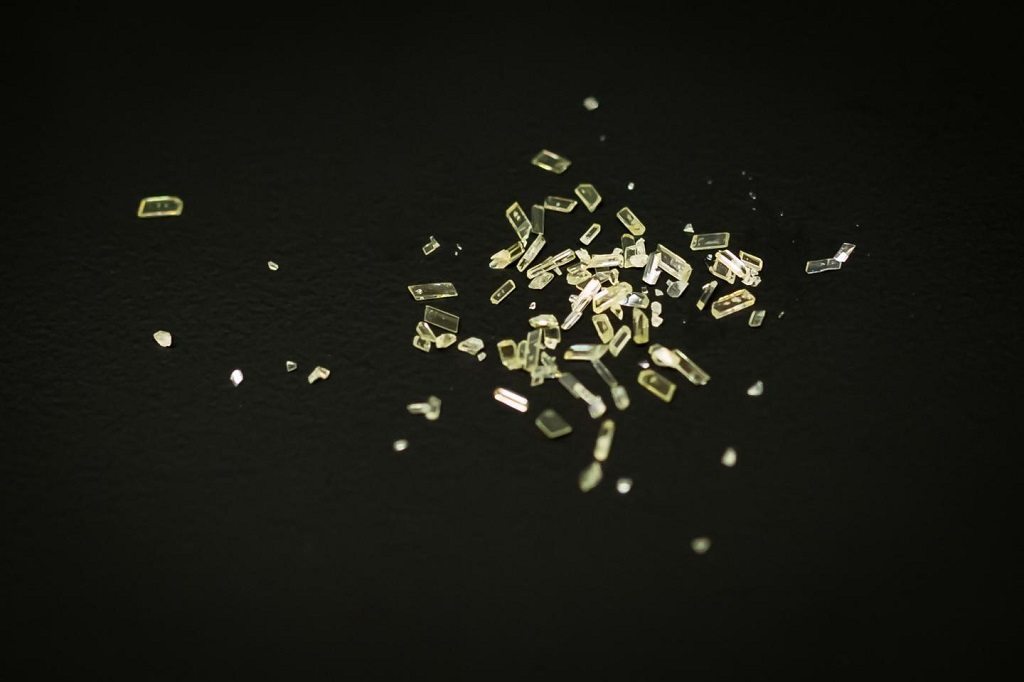 ent of carbon capture and long-term storage strategies to lessen the output or remove power plants’ emissions of carbon dioxide, a heat-trapping greenhouse gas contributing to a global rise in temperatures. Carbon capture and storage strategies comprise an integrated system of technologies that collects carbon dioxide from the point of release or directly from the air, then transports and stores it at designated locations.

A less traditional method that absorbs carbon dioxide already present in the atmosphere, called direct air capture, is the focus of ORNL’s research described in this paper, although it could also be used at the point where carbon dioxide is emitted.

Once carbon dioxide is captured, it needs to be released from the compound so the gas can be transported, usually through a pipeline, and injected deep underground for storage. Traditional direct air capture materials must be heated up to 900 degrees Celsius to release the gas — a process that often emits more carbon dioxide than initially removed. The ORNL-developed guanidine material offers a less energy-intensive alternative.

“Through our process, we were able to release the bound carbon dioxide by heating the crystals at 80-120 degrees Celsius, which is relatively mild when compared with current methods,” Custelcean said. After heating, the crystals reverted to the original guanidine material. The recovered compound was recycled through three consecutive carbon capture and release cycles.

While the direct air capture method is gaining traction, according to Custelcean, the process needs to be further developed and aggressively implemented to be effective in combatting global warming. Also, they need to gain a better understanding of the guanidine material and how it could benefit existing and future carbon capture and storage applications.

The research team is now studying the material’s crystalline structure and properties with the unique neutron scattering capabilities at ORNL’s Spallation Neutron Source (SNS), a DOE Office of Science User Facility. By analyzing carbonate binding in the crystals, they hope to better understand the molecular mechanism of carbon dioxide capture and release and help design the next generation of sorbents.

The scientists also plan to evaluate the use of solar energy as a sustainable heat source to release the bound carbon dioxide from the crystals.