While occupational homicides continue to decline in the U.S., law enforcement remains one of the deadliest jobs in America. 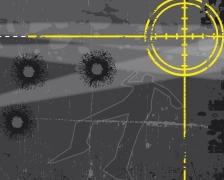 While occupational homicides continue to decline in the U.S., law enforcement remains one of the deadliest jobs in America. A new study led by researchers at the Johns Hopkins Bloomberg School of Public Health The report found documents that 93 percent of homicides of law enforcement officers between 1996 and 2010 were committed with firearms. Among those homicides, 10 percent were committed using the officer’s own service weapon. The findings, published May 30 by the journal BMJ Injury Prevention, could help develop new procedures to reduce risk to officers.

“Law enforcement officers across the U.S. are highly trained, yet it remains a dangerous and demanding profession,” said study author, David Swedler, a PhD candidate with Bloomberg School’s Department of Health Policy and Management and the Johns Hopkins Center for Injury Research and Policy. “We owe it to our law enforcement professionals to make their jobs as safe as possible. By analyzing the circumstances of these homicides, we can improve training and procedures to reduce risk to officers.”

The most common encounter that resulted in homicide of an officer was response to a “disturbance call.” In 29 percent of these cases, the assailant was waiting to ambush the officer. Eighteen percent of all response calls resulted in a “secondary ambush” of the officer after the initial encounter had begun. More than half (52 percent) of these “secondary ambush” encounters involved high-powered, long-barrel weapons. The highest rates of law enforcement homicide occurred in states in the southeastern United States. The lowest rates occurred in the New England states.

“This study allowed us to systematically explore the circumstances of these law enforcement officer fatalities, which can help develop targeted policies and practices to keep officers safe in the line of duty,” said Keshia M. Pollack, PhD, MPH, author of the study, and associate professor of Health Policy and Management and director of the Occupational Injury Epidemiology and Prevention Training Program.

The analysis was based on crime statistics available to the public: the Law Enforcement Officers Killed and Assaulted (LEOKA) reports from the FBI.