Where Scarlatti or Bach strove to elevate the consciousness with uplifting symmetrical counterpoint, O’Dwyer reaches into a slightly different church music tradition 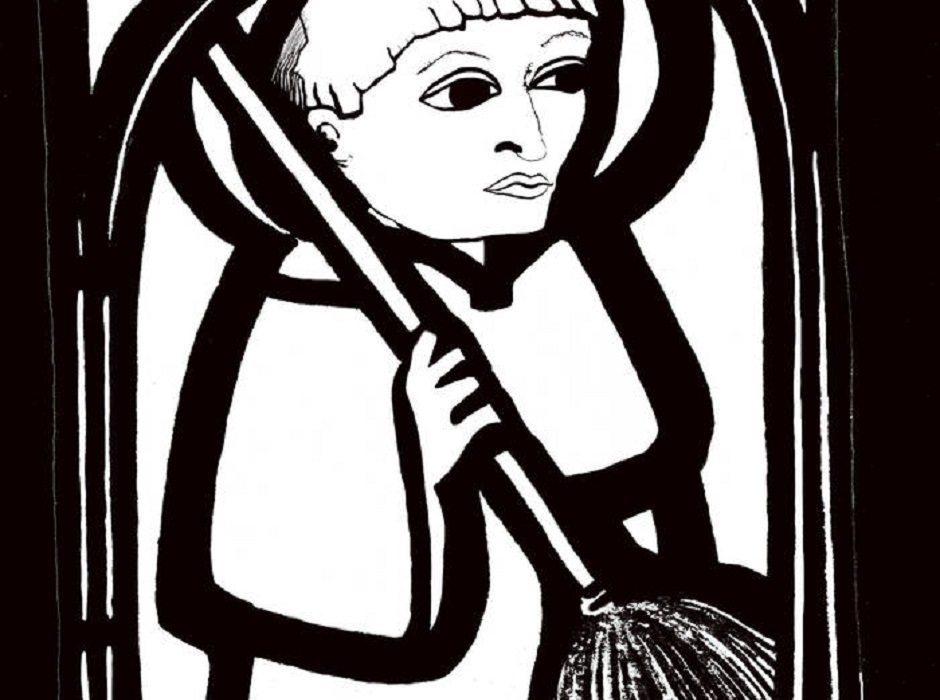 To recap: the alien corporate abduction programme is proceeding to plan, with a project manager, human resources director and marketing co-ordinator safely bubbling in the tanks. Alas, left in charge temporarily, an intern alien abducts a cleaning lady. ‘You idiot!’ yells the alien captain, ‘You’ve gone and taken someone they’ll notice!’

Attempting to rework her 2011 album of improvised organ etudes, Music for Church Cleaners in St Mark’s Church, Islington, Aine O’Dwyer gamely keeps her patience despite repeated interruptions from the cleaning staff, yelling children, traffic noise and sundry ambient clicks and rattles. The recording is a study in humility, the musician’s equivalent of a Benedictine monk’s bedside skull (as reminder that death is always nearby). Stay grounded against the dizzy heights of artistic expression, young lady, for the cleaning staff too experience the sublime (and wipe it down with a wet cloth every Tuesday).

The merits of improvised musical interpretation include the ability to adapt to audience expectation and desire – to interpret the signals from those listening and gauge the appropriate response. For O’Dwyer, the art of made simpler by the repeated requests from the church staff to stop playing ‘one note for a long time’.

Improvisation and field recording bring with them such quirks, how musicians react to them is more noteworthy. Pianist Alfred Brendel is noted for his irascability in response to coughing audiences. Less exacting is the celebrated keyboard improviser Nils Frahm who, in the live recording of his album Spaces, is interrupted by an audience member’s ringtone. Displaying a remarkable ear for pitch, and a tolerance for interruption beyond that of the harrumphing audience, Frahm instantly recreates the ringtone on his piano and integrates the motif into his performance.

Frahm is, indeed, a useful reference when listening to Music For Church Cleaners given that his breakthrough album Felt was born of a similar desire not to irritate surrounding listeners. Felt, as a title, refers to not only the emotions experienced in the album’s genesis, but also to the fabric Frahm stuffed into his piano so as not to wake the neighbours as he played. On that album, as with O’Dwyer’s, the result is an intriguing musical document given context by the non-musical elements. Predictably, as record-buyers, we side with the musicians.

That, it would seem in O’Dwyer’s case, is an affectation in the listener which is deftly dispensed with in the truest low church fashion. As with the inversion tactics of the alien abduction joke, O’Dwyer’s verbal interaction with the cleaner at the end of the album establish a mutual respect between the two – a tacit avowal that in the eyes of god, cleaning His house ranks as highly as exploring the divine mathematics of the bellows-organ. They are both, musician and cleaner, very nice about it all, actually.

At a time when the status of musician/performer as a revered talent is in flux, Music For Church Cleaners could be forwarded as a microcosmic display of fan entitlement culture – if it were a recording of a formal performance. As it is, these are moments recorded during the times O’Dwyer had access to the St. Mark’s organ, and there are times when it’s hard not to feel sympathy for the cleaners she shares the church with.

These are etudes, after all. In O’Dwyer’s case the focus of exigesis is at least partly on the harmonic alchemy separating chord from drone. Here are mathematical pieces deviating from the established church music canon. Where Scarlatti or Bac 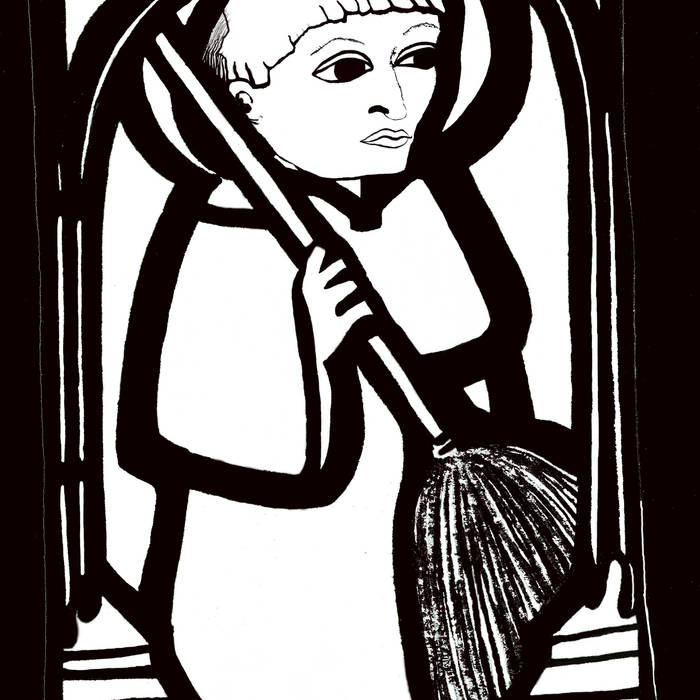 h strove to elevate the consciousness with uplifting symmetrical counterpoint, O’Dwyer reaches into a slightly different church music tradition – that of ritual, repetition and harmonic-induced meditiation. It’s heavy on the slightly-discordant left-hand key combinations and, when they are sustained it’s teeth-rattling stuff. It is no surprise, indeed it is testament to their power, that it is these sustained figures to which the cleaning ladies object.

O’Dwyer is demure and acquiescent in her interaction with these thin-lipped hooverers, although ‘Return to Fugue’ features a sustained note (building to a chord) which seems designed to rile them. The earlier ‘In A Fugue State of Mind’ is an ideal summary of the album, taking a pair of simple melodic figures instantly recognisable to regular churchgoers, intertwining them in the fugue’s typical phased counterpoint, and bringing both to an inevitable crescendo on one of those cleaner-baiting sustained chords. O’Dwyer’s variations on the simple melodies are intriguing though, a play on semitones just jarring enough to defamiliarise and wake the listener, and roots her in a grand Irish tradition of subverting Roman Catholic semiotics to artistic ends. It is not surprising that the sleevenotes allude to James Joyce. O’Dwyer also has something of the ‘cursed Jesuit strain… only it’s injected the wrong way’.

But, to quote Joyce again ‘Where there is a reconciliation…there must have been first a sundering’, and in Music For Church Cleaners, indeed there is. Literal and figurative, the conversation at the end of the album, in which the cleaning lady expresses genuine admiration for and interest in O’Dwyer, reconciles the human element. The trumpet blast which follows starts tentatively, yet builds, echoes and is enveloped by the divine acoustics of the church environment. The symbolism is unavoidable.

Next Story:
It’s not flab, it’s hormones! (Or lack thereof)