‘I’m evolving into a very dark and bitter universe, where emptiness is almost oppressive and where time seems to have stopped‘ And bitterness is very much evident in the work of this Belgian art/illustration student. The nihilism of a universal cruelty is ever evident. Man’s inhumanity to man, always a recurrent theme in the visual arts, is represented in the William Blake-esque Un Musulman Entre and 3 enfants morts et un empire. 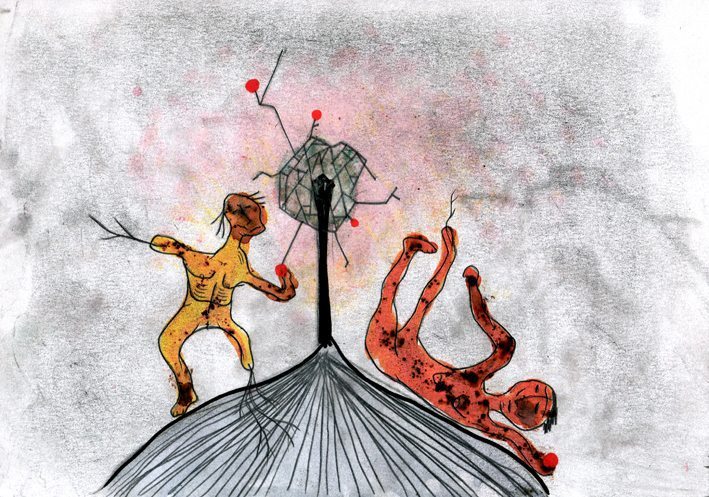 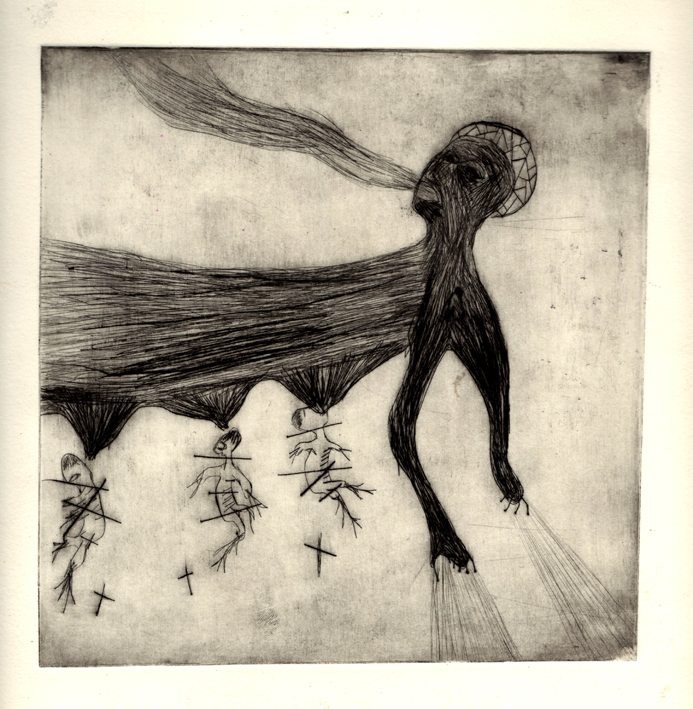 No surprises there. Nature’s disdain for life is also represented though. The vicious beak of a stork picking at the unborn embryos in Oeuf a la Coque displays a macabre and unsettling worldview, although the puppet-strings attached to the bird suggest that it may be a manipulated instrument of human design. Elsewhere the intrusion of red heart-shapes into the human forms in Si Seul are ambiguous. Perhaps the tree in the centre of the composition is a Yggdrasil fount of life, perhaps it is a parasitic succubus. 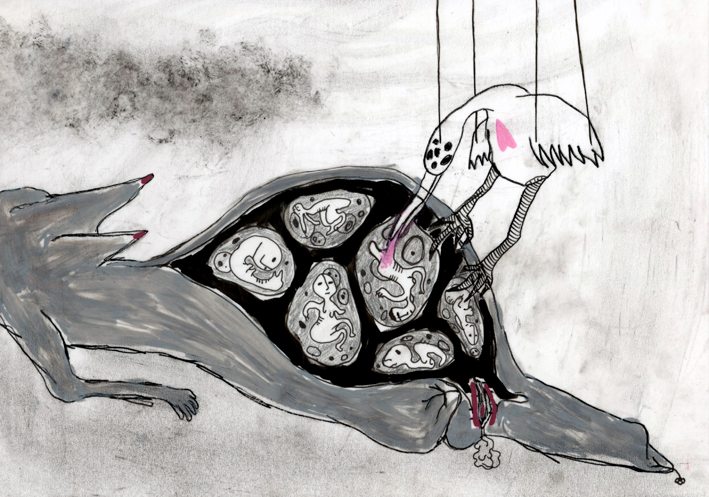 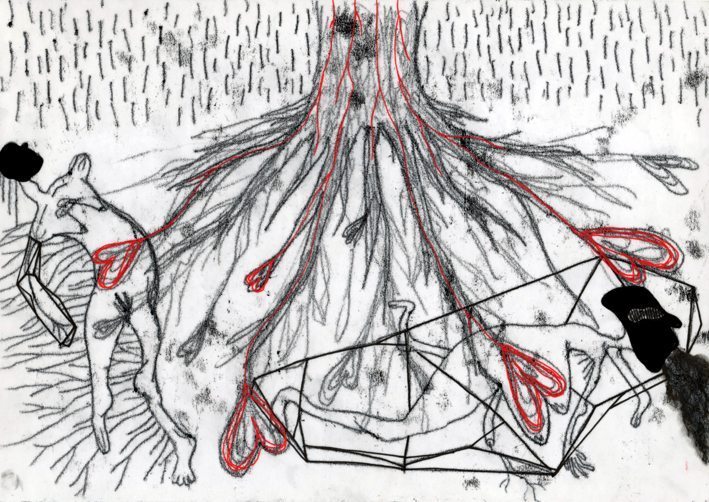 De Smedt, who has not yet had a public exhibition, seems not to have entirely settled on a visual style yet, his Messie Blond clearly a garish homage to Picasso‘s Guernica and Escaliers owing much to Aubrey Beardsley. With a step back from lurid pain-voyeurism and a shucking off of the anxiety of influence, De Smedt’s future looks promising. That notwithstanding, the bleak thematic thread running through his work will apply perfectly to illustrative purposes. The potential for doom-metal album covers is undeniable. 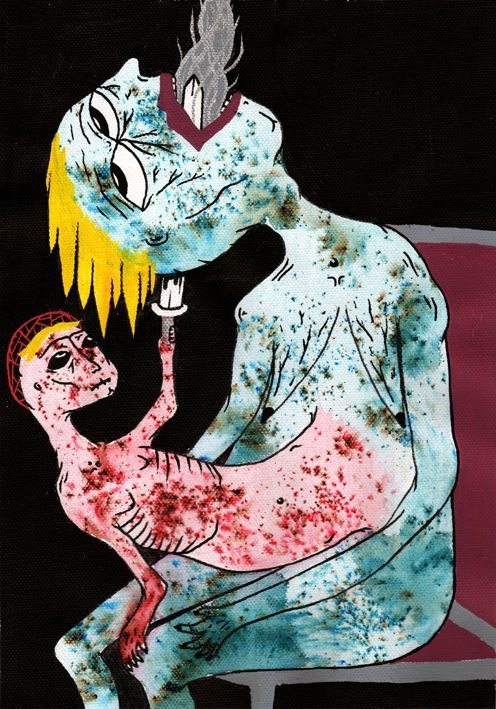 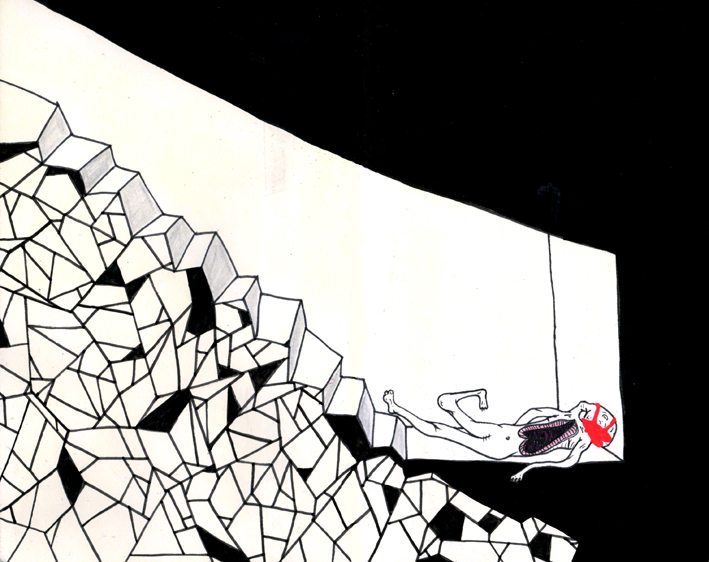 ‘Each of my pieces tells a story, certainly disconcerting but always including a certain form of truth. I like playing with the onlooker in the meanings of my work. Death, love, God or even madness are the main themes of my illustrations. Even if those themes are quite frequent, I will always try to surprise the one looking at my works while offering new perceptions on these.’ 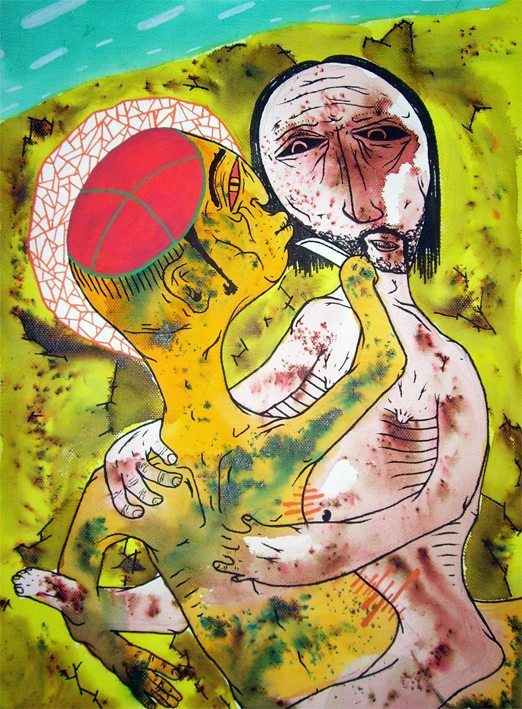 De Smedt also works under the name Chute de Strings. A Flikr gallery of his images to date can be seen here.