Can Windfarms Hurt You… With Bass Sounds? 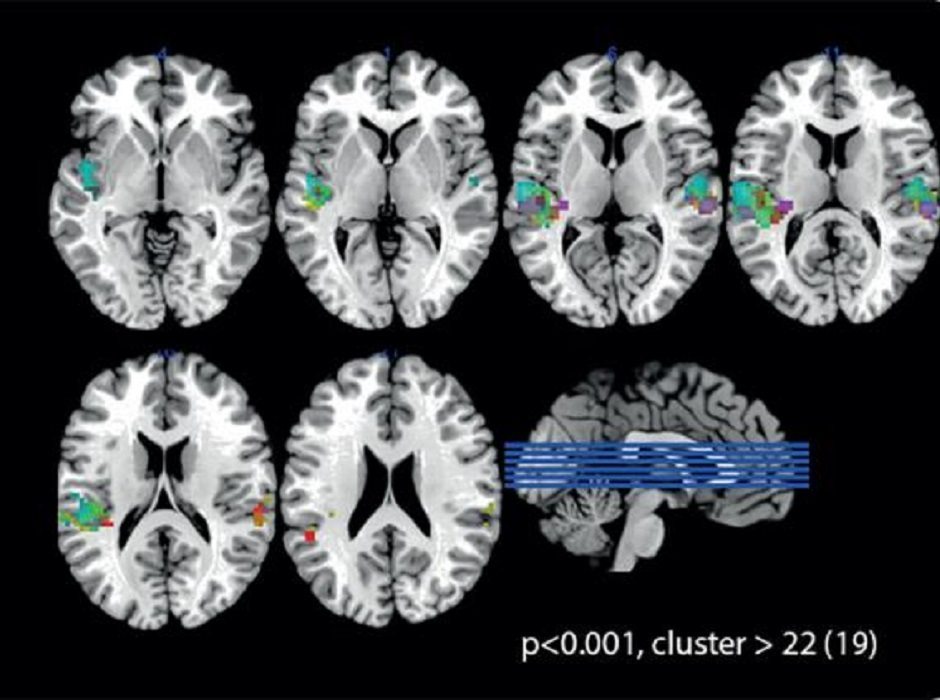 [dropcap style=”font-size:100px; color:#992211;”]A[/dropcap] string to the rhetorical bow of whingeing Nimbys opposed to the appearance of windmills on their horizon? Inaudible soundwaves damaging their mental wellbeing?

The rest of us find the clean lines of windfarms soothing, and wallow in the rave-memories induced by that luscious sub-bass.

Are wind farms harmful to humans? Some believe so, others refute this; this controversial topic makes emotions run high. To give the debate more objectivity, an international team of experts dealt with the fundamentals of hearing in the lower limit range of the audible frequency range (i.e. infrasound), but also in the upper limit range (i.e. ultrasound). The project, which is part of the European Metrology Research Programme (EMRP), was coordinated by the Physikalisch-Technische Bundesanstalt (PTB). At PTB, not only acoustics experts, but also experts from the fields of biomagnetism (MEG) and functional magnetic resonance imaging (fMRI) were involved in the research activities.

They have found out that humans can hear sounds lower than had previously been assumed. And the mechanisms of sound perception are much more complex than previously thought. Another vast field of research opens up here in which psychology also has to be taken into account. And there is definitely a need for further research.

If there is a plan to erect a wind turbine in front of someone’s property, many an eager supporter of the “energy transition” quickly turns into a wind energy opponent. Fear soon starts spreading: the infrasound generated by the rotor blades and by the wind flow might make someone ill. Many people living in the vicinity of such wind farms do indeed experience sleep disturbances, a decline in performance, and other negative effects. Infrasound designates very low sounds, below the limit of hearing, which is around 16 hertz. The wind energy sector and the authorities often try to appease the situation, declaring that the sounds generated are inaudible and much too weak to be the source of health problems.

Christian Koch knows for sure, “Neither scaremongering nor refuting everything is of any help in this situation. Instead, we must try to find out more about how sounds in the limit range of hearing are perceived.” This expert in acoustics from PTB is the manager of the international project in which metrology experts from several metrology institutes and scientists from the Max Planck Institute for Human Development in Berlin investigated the fundamentals of the hearing of “inaudible” sounds for 3 years. Very low sounds (i.e. infrasound, below approx. 16 hertz) or very high sounds (i.e. ultrasound, above approx. 16 000 hertz) occur in numerous situations of daily life: infrasound is not only produced by wind turbines, but also sometimes when a truck thunders past a house, or when a home owner installs a power generator in his basement.

Ultrasound can, for example, originate from commercial ultrasonic cleaning baths that are sometimes used, e.g., to thoroughly clean a pair of glasses. It can also be generated by a device used as a deterrent against martens (to keep them from gnawing on the wiring of cars). A particular variant of such devices has been developed to keep young people away from certain places – an internationally controversial topic from an ethical viewpoint. These devices, which produce very high-pitched sounds that can only be heard by children and young people, are sometimes used by adults who want to enjoy some peace and quiet. “In all these areas, we have to deal with considerable levels of loudness in some cases,” Christian Koch adds.

An audible loud sound may damage hearing – as well as getting on your nerves. But what exactly is an “audible” sound? And what does a human being really hear? In order to find out more, an infrasonic source which is able to generate sounds that are completely free from harmonics (which is not as trivial as it may sound!) was constructed within the scope of this project. Test persons were asked about their subjective hearing experience, and these (also quantitative) statements were then compared by means of imaging procedures, namely by magnetoencephalography (MEG) and functional magnetic resonance imaging (fMRI). The results have shown that humans hear lower sounds – namely from 8 hertz on – which, after all, is a whole octave than had previously been assumed: an excitation of the primary auditory cortex could be detected down to this frequency. All persons concerned explicitly stated that they had heard something – whereby this perception had not always been tonal. In addition, the observations showed a reaction in certain parts of the brain which play a role in emotions. “This means that a human being has a rather diffuse perception, saying that something is there and that this might involve danger,” Christian Koch says. “But we’re actually at the very beginning of our investigations. Further research is urgently needed.” An application for a follow-up project has already been filed. In this project, the investigations will be focused on the question why some persons feel disturbed by “inaudible” sound, whereas others are not even bothered: many a home owner is left cold by having a wind turbine next to their homes. And we need to take another effect into account: namely, that some people become really ill because they imagine risks which, in reality, might not even exist. This is the reason why it makes sense to involve psychologists as well.

But the researchers see a great need for further research also in the other extreme – the ultrasound. Although the measuring instruments used are among the most precise in the world (PTB is the world leader, especially for MEG), the researchers were not able to measure whether humans can hear above the previously assumed upper threshold of hearing, and if they can, what they then perceive. Since, however, what applies to other ranges, also applies to high-pitched sounds – namely that a very loud sound may damage the hearing – here too, there is a need for further research.

The results of the international research project might lead to the introduction of uniform – and binding – protection provisions for these limit ranges of hearing within Europe, since there have been none to date.