Neurologists suggest that poor physical fitness in middle age may be linked to a smaller brain size later on.

[dropcap style=”font-size:100px; color:#992211;”]N[/dropcap]eurologists claim that a sedentary life spent in front of the television may lead to a cumulative loss of brain tissue.

Not clear yet whether it’s the lack of physical conditioning inherent in the practice, or the repeated (and repeated) exposure to Richard Hammond destroying caravans and Dara O’Briain casually dropping into ANY CONVERSATION on EVERY PANEL SHOW the fact that he has a degree in physics.

Poor physical fitness in middle age may be linked to a smaller brain size 20 years later, according to a study published in the February 10, 2016, online issue of Neurology®, the medical journal of the American Academy of Neurology.

For the study, 1,583 people enrolled in the Framingham Heart Study, with an average age of 40 and without dementia or heart disease, took a treadmill test. They took another one two decades later, along with MRI brain scans. The researchers also analyzed the results when they excluded participants who developed heart disease or started taking beta blockers to control blood pressure or heart problems; this group had 1,094 people. 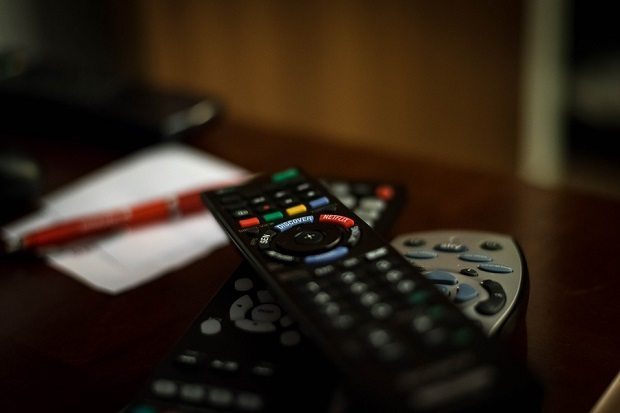 The participants had an average estimated exercise capacity of 39 mL/kg/min, which is also known as peak VO2, or the maximum amount of oxygen the body is capable of using in one minute. Exercise capacity was estimated using the length of time participants were able to exercise on the treadmill before their heart rate reached a certain level. For every eight units lower a person performed on the treadmill test, their brain volume two decades later was smaller, equivalent to two years of accelerated brain aging. When the people with heart disease or those taking beta blockers were excluded, every eight units of lower physical performance was associated with reductions of brain volume equal to one year of accelerated brain aging.

The study also showed that people whose blood pressure and heart rate went up at a higher rate during exercise also were more likely to have smaller brain volumes two decades later. Spartano said that people with poor physical fitness often have higher blood pressure and heart rate responses to low levels of exercise compared to people with better fitness.

Spartano noted that the study is observational. It does not prove that poor physical fitness causes a loss of brain volume; it shows the association.

“While not yet studied on a large scale, these results suggest that fitness in middle age may be particularly important for the many millions of people around the world who already have evidence of heart disease,” she said.

Previous Story:
All That You Fear is Gone (Headspace)

Next Story:
Beyond the Limited Imagination: M (Myrkur)