Researchers have found that a naturally occurring protein secreted only in discrete areas of the mammalian brain may act as a Valium-like brake on certain types of epileptic seizures. 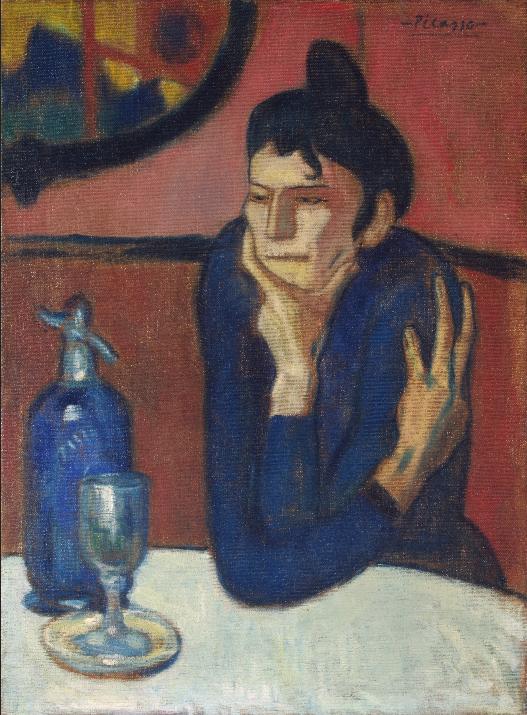 Now if only it could synthesize alcohol!

Researchers at the Stanford University School of Medicine have found that a naturally occurring protein secreted only in discrete areas of the mammalian brain may act as a Valium -like brake on certain types of epileptic seizures.

The protein is known as diazepam binding inhibitor, or DBI. It calms the rhythms of a key brain circuit and so could prove valuable in developing novel, less side-effect-prone therapies not only for epilepsy but possibly for anxiety and sleep disorders, too. The researchers’ discoveries will be published May 30 in Neuron.

“This is one of the most exciting findings we have had in many years,” said John Huguenard, PhD, professor of neurology and neurological sciences and the study’s senior author. “Our results show for the first time that a nucleus deep in the middle of the brain generates a small protein product, or peptide, that acts just like benzodiazepines.” This drug class includes not only the anti-anxiety compound Valium (generic name diazepam), first marketed in 1965, but its predecessor Librium, discovered in 1955, and the more recently developed sleep aid Halcyon.

Valium, which is notoriously addictive, prone to abuse and dangerous at high doses, was an early drug treatment for epilepsy, but it has fallen out of use for this purpose because its efficacy quickly wears off and because newer, better anti-epileptic drugs have come along.

For decades, DBI has also been known to researchers under a different name: ACBP. In fact, it is found in every cell of the body, where it is an intracellular transporter of a metabolite called acyl-CoA. “But in a very specific and very important brain circuit that we’ve been studying for many years, DBI not only leaves the cells that made it but is — or undergoes further processing to become — a natural anti-epileptic compound,” Huguenard said. “In this circuit, DBI or one of its peptide fragments acts just like Valium biochemically and produces the same neurological effect.”

Other endogenous (internally produced) substances have been shown to cause effects similar to psychoactive drugs. In 1974, endogenous proteins called endorphins, with biochemical activity and painkilling properties similar to that of opiates, were isolated. A more recently identified set of substances, the endocannabinoids, mimic the memory-, appetite- and analgesia-regulating actions of the psychoactive components of cannabis, or marijuana.

DBI binds to receptors that sit on nerve-cell surfaces and are responsive to a tiny but important chemical messenger, or neurotransmitter, called GABA. The roughly one-fifth of all nerve cells in the brain that are inhibitory mainly do their job by secreting GABA, which binds to receptors on nearby nerve cells, rendering those cells temporarily unable to fire any electrical signals of their own.

Huguenard, along with postdoctoral scholar and lead author Catherine Christian, PhD, and several Stanford colleagues zeroed in on DBI’s function in the thalamus, a deep-brain structure that serves as a relay station for sensory information, and which previous studies in the Huguenard lab have implicated on the initiation of seizures. The researchers used single-nerve-cell-recording techniques to show that within a GABA-secreting nerve-cell cluster called the thalamic reticular nucleus, DBI has the same inhibition-boosting effect on benzodiazepine-responsive GABA receptors as do benzodiazepines. Using bioengineered mice in which those receptors’ benzodiazepine-binding site was defective, they showed that DBI lost its effect, which Huguenard and Christian suggested makes these mice seizure-prone.

In another seizure-prone mouse strain in which that site is intact but the gene for DBI is missing, the scientists saw diminished inhibitory activity on the part of benzodiazepine-responsive GABA receptors. Re-introducing the DBI gene to the brains of these mice via a sophisticated laboratory technique restored the strength of the GABA-induced inhibition. In normal mice, a compound known to block the benzodiazepine-binding site weakened these same receptors’ inhibitory activity in the thalamic reticular nucleus, even in the absence of any administered benzodiazepines. This suggested that some naturally occurring benzodiazepine-like substance was being displaced from the benzodiazepine-binding site by the drug. In DBI-gene-lacking mice, the blocking agent had no effect at all.

Huguenard’s team also showed that DBI has the same inhibition-enhancing effect on nerve cells in an adjacent thalamic region — but also that, importantly, no DBI is naturally generated in or near this region; in the corticothalamic circuit, at least, DBI appears to be released only in the thalamic reticular nucleus. So, the actions of DBI on GABA receptors appear to be tightly controlled to occur only in specific brain areas.

Huguenard doesn’t know yet whether it is DBI per se, or one of its peptide fragments (and if so which one), that is exerting the active inhibitory role. But, he said, by finding out exactly which cells are releasing DBI under what biochemical circumstances, it may someday be possible to develop agents that could jump-start and boost its activity in epileptic patients at the very onset of seizures, effectively nipping them in the bud.

Next Story:
A Pound of Sharks