It’s not simply their inability to laugh without falling over that makes the Peppa Pig porcine family so irritating. Dissemination of damaging cliches whilst the target audience is at an impressionable age coupled with a smug middle class homogeneity (the detached hilltop house, the pink convertible parked outside) combine to melt children’s minds with the most toxic child-media output since Jim stopped fixing it.

Is it any wonder humans prefer black pigs?

New research suggests the Polynesians, Europeans and the Chinese have had a penchant for black pigs because of the novelty of their colour. Pigs have played an important cultural role in Hawaii since Polynesian explorers first brought them to Hawaii 800 years ago. Scientists led by Professor Greger Larson from Oxford examined the DNA sequences of modern feral Hawaiian pigs and discovered that a novel mutation is responsible for their black coats, a significant finding because the pigs were expected to have either the Asian or the European genetic mutation leading to their black colour. The study in the Royal Society journal, Open Science, says wild pigs would naturally have camouflaged coats. However, human societies have independently selected domesticated pigs that express the trait of black-coloured coats on at least three separate occasions.

Debate has centred on whether Hawaii’s modern feral pigs (modern populations that were once descended from domestic pigs but are now living in the wild) are from Polynesian stock or whether they descend primarily from the European domestic pigs that travelled with explorer Captain Cook who arrived in Hawaii in 1778.

Scientists find that today’s feral pigs ARE mainly the descendants of the Pacific family brought by the Polynesians. In addition, the scientists identified a new genetic mutation responsible for the black colouring of their coats. An international team of researchers studied the mitochondrial DNA and MC1R gene sequences in tissue samples collected from 57 modern feral Hawaiian pigs. They found a novel mutation in all the black-coloured pigs which is different to the mutation in European and Asian domestic pigs with black coats. This finding suggests that for thousands of years, humans in different parts of the world have been independently selecting and breeding pigs for their black colour. 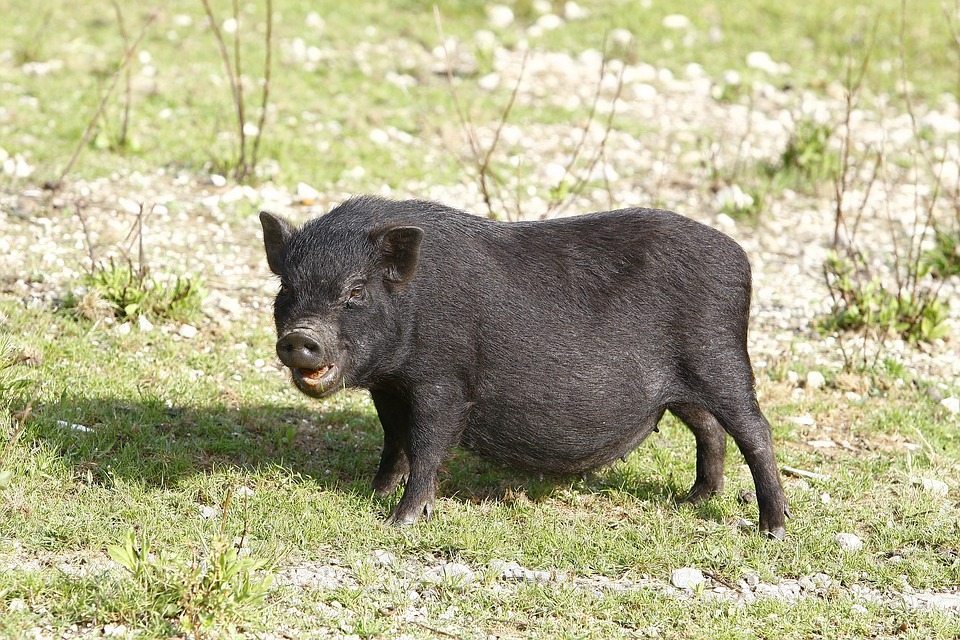 Senior author Professor Greger Larson, from the Palaeogenomics and Bio-Archaeology Research Network at the University of Oxford, said: ‘The first pigs introduced to Hawaii by the Polynesians were kept as domestic animals. No wild boar have black colours since natural selection only allows camouflaged pigs to survive long enough to reproduce. Humans, on the other hand, love all kinds of coloured coats and have selected for black coats at least three times independently in domestic pigs in Europe, Asia, and the Pacific. In the case of pigs, black has always been the new black.’

Existing academic literature describes how Polynesians were experienced sailors who spread across the Pacific region, bringing dogs, pigs, chickens and sweet potatoes in their boats. The study suggests that further research is needed to pinpoint where the domestic animals used by Polynesian explorers were originally sourced. Some scholars have said they believe South East Asia to be their original ancestral home.

The modern feral pigs in Hawaii are considered as a scourge of the islands by many. Over the last few hundred years, they have uprooted and eaten indigenous forest vegetation and preyed on the eggs of native ground-nesting birds. The discovery of their unique historical lineage may inform future debates about how to manage them in a way that is culturally sensitive but also protects native Hawaiian flora and fauna, says the paper.

Next Story:
Sharp Synths and Sweet Beats at the Jazz Cafe (Nite Jewel)