Gideon Rubin’s show ‘Black Book’ recalls the horror of the Nazi machine and helps us to reflect on that horror in the home of Sigmund Freud who managed to survive occupation.

Gideon Rubin (b.1973) is an Israeli artist who lives and works in the UK. His show ‘Black Book’ at the Freud museum in London brings dark reflections on Nazism into the seemingly safe zone of Freud’s final home in leafy Hampstead.

Freud having been confronted directly by the SS was lucky to escape the Nazi machine, he was ordered to confirm he had not been mistreated, the 82 year old Freud sarcastically reflecting on the experience wrote,

“I can most highly recommend the Gestapo to everyone” (Ich kann die Gestapo jedermann auf das beste empfehlen).

This was a deliberate and risky comment, which is almost unbelievable but does say something of the character of the founder of psychoanalysis,

“Freud was lucky the S.S. men reading his commendation did not perceive the heavy sarcasm lurking in it. Nothing would have been more natural than to find his words offensive. Why, then, at the moment of liberation, take such a deadly risk? Was there something at work in Freud making him want to stay, and die, in Vienna? Whatever the deeper reason, his ‘praise’ of the Gestapo was Freud’s last act of defiance on Austrian soil,” Peter Gay, Freud’s biographer

Rubin brings that time back to life by forcing us to confront Nazism in the domestic setting. The memory of Freud’s little defiance and ultimate survival brings some small comfort when trying to make sense of it all. Anisa Topan reviews: 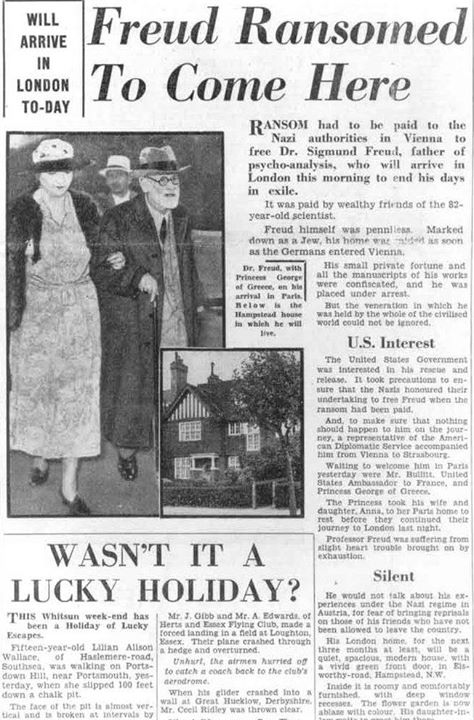 It was a process of discovery, finding Rubin’s paintings amongst Freud’s most treasured possessions in his home. Some of the paintings on canvas, linen and paper almost blended into the bookshelves of his study. It was only upon closer inspection that you found Rubin’s paintings with faces blurred out onto bodies, dotted around. As you started to discover them, you realized that these were jarring works of art. Rubin had painted scenes of Nazi propaganda with faceless bodies offering up a subtext of fear, persecution and ultimate destruction.

the world would have been

forced from their home by

conflict and persecution at

The stark contrast of the darkness within the paintings to the warmth and comfort of Freud’s home is one littered with symbolism. Freud had taken his family and fled from Vienna to London in 1938, leaving only his sisters behind. Rubin, of Israeli descent, related to Freud as his maternal grandparents had also fled from Nazi persecution in Romania in 1939. This created an uneasy atmosphere in the house, as you’d find Rubin’s paintings near Freud’s unassuming objects, giving off an underlying threat that could be felt in every room. James Putnam’s clever curation complimented Rubin’s work by creating another underlying narrative exploring the psychology of fear in the place where you feel the most comfort, home. 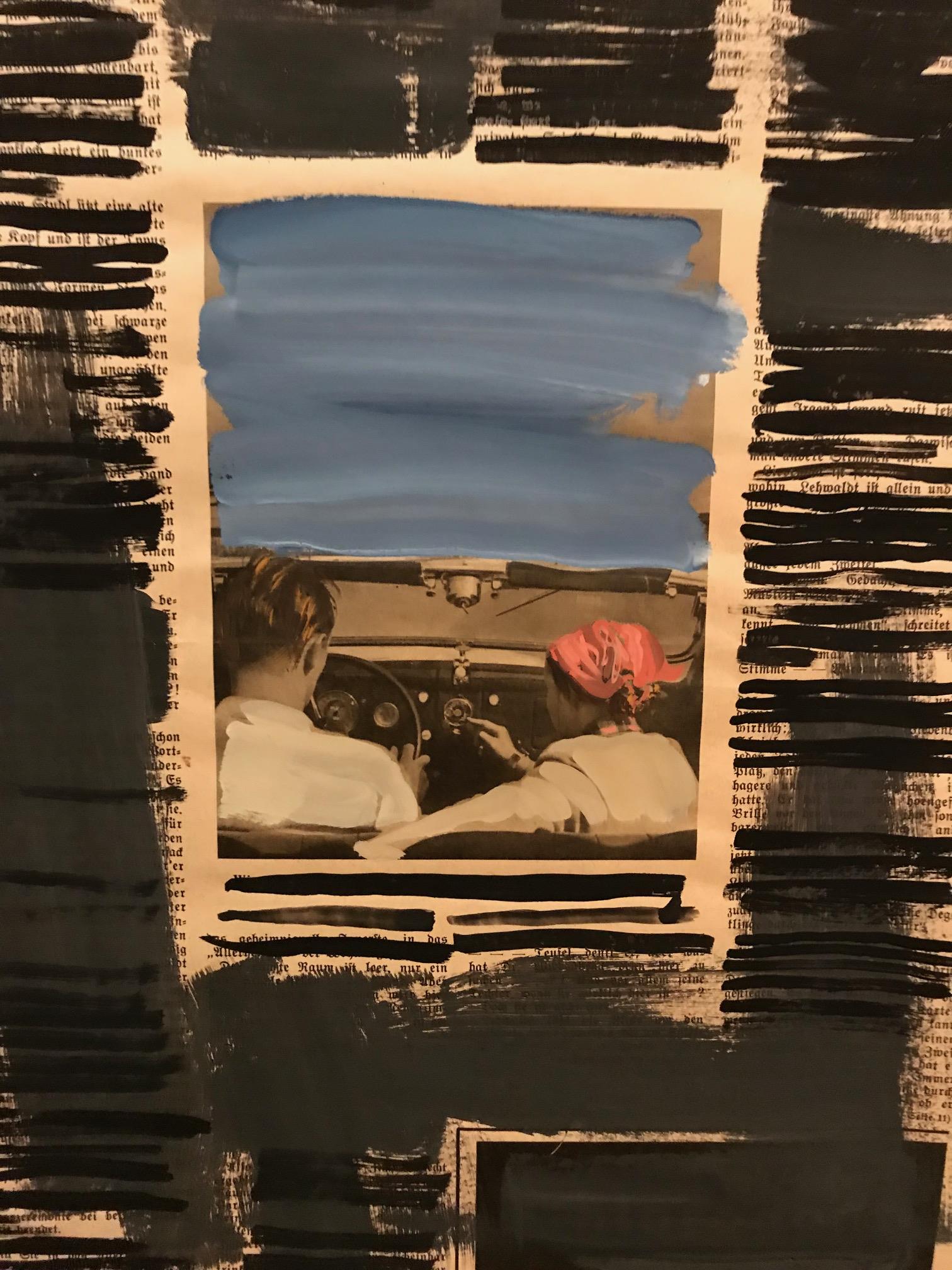 Rubin’s paintings and drawings of the Nazi propaganda that littered the upper hallway left you feeling unnerved as the faces were painted over in flesh tones. The blank faces were attached to bodies living the Aryan dream, like a holiday brochure, an illusion of pure recreational activities. People were skiing, riding in convertibles on road trips and showed children innocently playing. 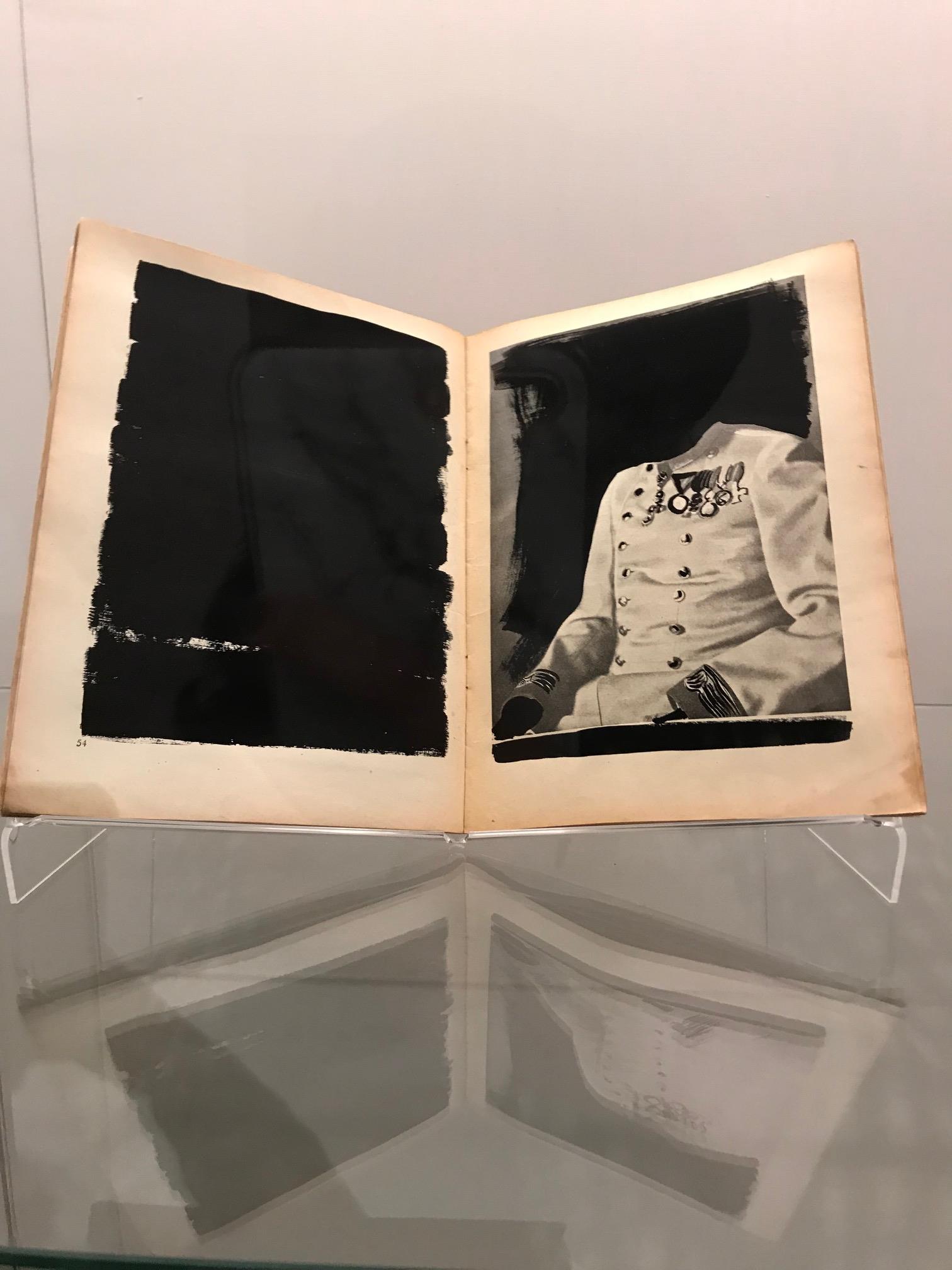 These images all belied the atrocious horrors that were happening right on their doorstep. Rubin tries to blur out this terror, tries to make the propaganda seem more unreal by taking out the faces, as we might try to supress unpleasant memories from our psyche.

However it actually gives them a more visceral, powerful effect, one of ghost-like figures that haunt you.

In the main exhibition room, an original edition of Hitler’s autobiography, Mein Kampf was displayed with the book’s pages open in different places, with blacked out writing and faces.

This created a series of abstract, monochrome compositions in which Rubin systematically tried to neutralise and negate their sinister associations, as in the exhibition’s title, ‘Black Book.’ I feel that the blacked out parts of sentences, faces and sometimes whole pages is left eerily blank for you to project your deepest and darkest fears onto them as you know the context of the subject.

Rubin’s exhibition is a deeply thought-provoking body of work and encourages you to think about where we are now in the world with war-torn countries. The amount of refugees is on the rise1 and it makes you think about just what they must have had to endure. According to the UN, the world is witnessing the highest levels of displacement on record. An unprecedented 65.6 million people around the world would have been forced from their home by conflict and persecution at the end of 2016. It begs us to have a more compassionate, empathic approach to ‘others’ as we have to learn from these painful lessons from the past. 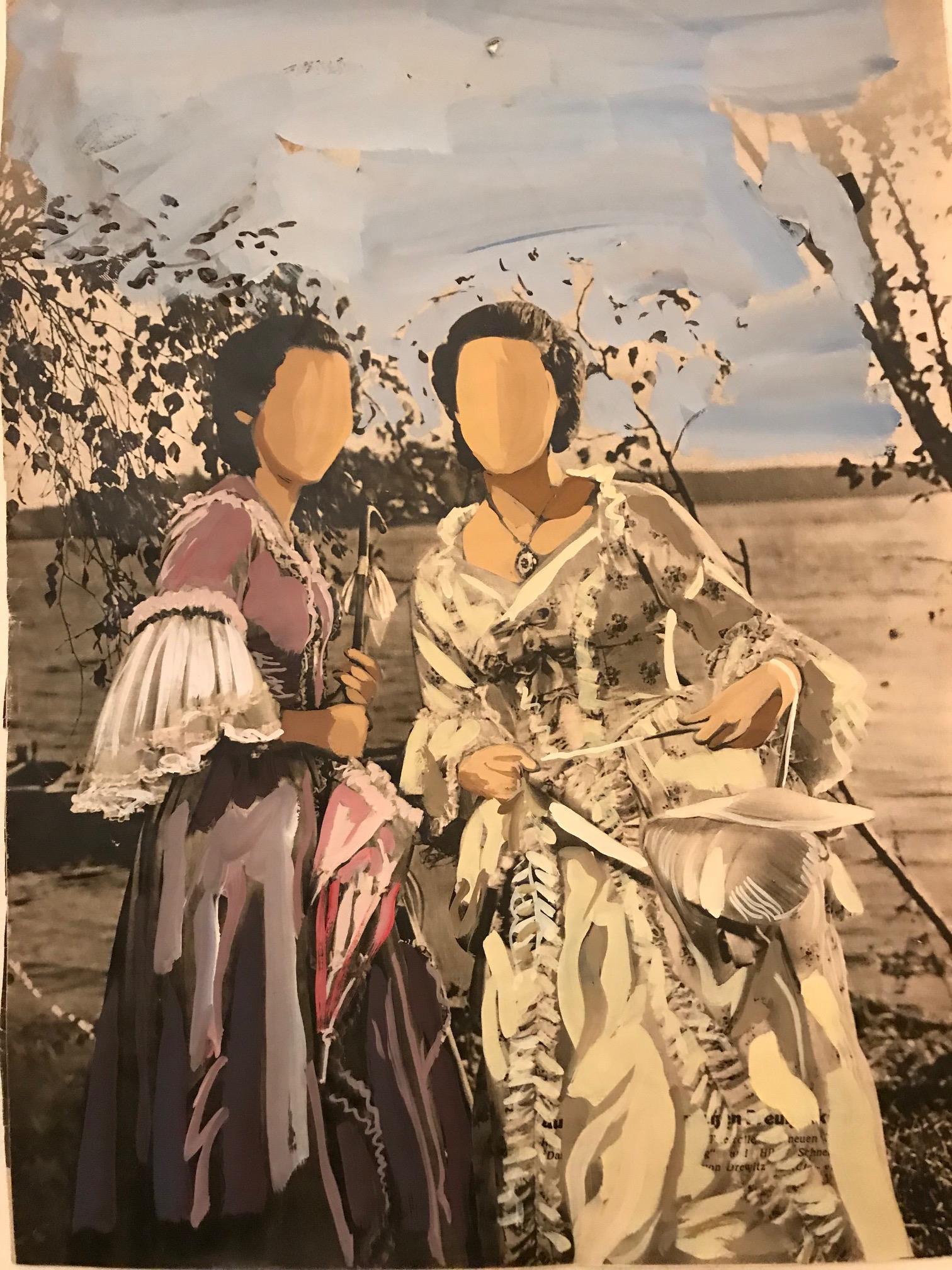 Anisa Topan is a London based brand consultant who has worked with clients such as Channel 4, Vogue, TANK, Agent Provocateur and Coco de Mer to name a few. Anisa’s affinity of art comes from her teenage years at school where she loved sketchbooks and sculpture. This took her on a journey to an Art Foundation at Wimbledon and subsequently a BA Honours in Fashion Communication with Promotion from Central St. Martins. Anisa enjoys writing about contemporary art by up and coming artists through exploration and understanding of their complex, creative processes.