The use of ‘difficult-to-digest’ sources, such as plant stems, wood chips, cardboard waste or insect / crustacean shells, offers a potential solution. 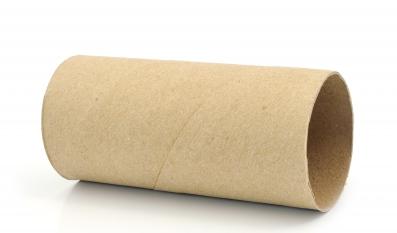 Now we just have to figure out what will taste best as a mixer.

Scientists at the University of York have made a significant step in the search to develop effective second generation biofuels. Researchers from the Department of Chemistry at York have discovered a family of enzymes that can degrade hard-to-digest biomass into its constituent sugars.

‘First generation’ biofuels have already made an impact in the search for renewable and secure energy sources particularly through the generation of bioethanol manufactured from easy-to-digest food sources such as corn starch. But the resulting need for energy crops is using up valuable arable land threatening food price stability and limiting the amount of biofuel that can be made in this way.

The ‘Holy Grail’ of biofuel

The use of ‘difficult-to-digest’ sources, such as plant stems, wood chips, cardboard waste or insect / crustacean shells, offers a potential solution. Fuel made from these sources is known as ‘second generation’ biofuels. Finding a way of breaking down these sources into their constituent sugars to allow them to be fermented through to bioethanol is regarded as the ‘Holy Grail’ of biofuel research.

Reported in Nature Chemical Biology, the new research was led by Professor Paul Walton and Professor Gideon Davies at York and also involved Professor Bernie Henrissat, of CNRS, Aix-Marseille Université, Marseille, France. It opens up major new possibilities in the production of bioethanol from sustainable sources.

By studying the biological origins and the detailed chemistry of the enzyme family, the researchers have shown that Nature has a wide range of methods of degrading biomass which humankind can now harness in its own endeavour to produce sustainable biofuels.

Professor Walton says: “There’s no doubt that this discovery will have an impact on not only those researchers around the globe working on how to solve the problems associated with second generation biofuel generation, but—more importantly—also on the producers of bioethanol who now have a further powerful tool to help them generate biofuel from sustainable sources such as waste plant matter.”

Previous Story:
An Emotive Wartime Journey. Yours for £2