The giant shifts in chords and sonic layers creates classical headspaces and feels orchestral in its depth and shifting subtlety. We travel Time 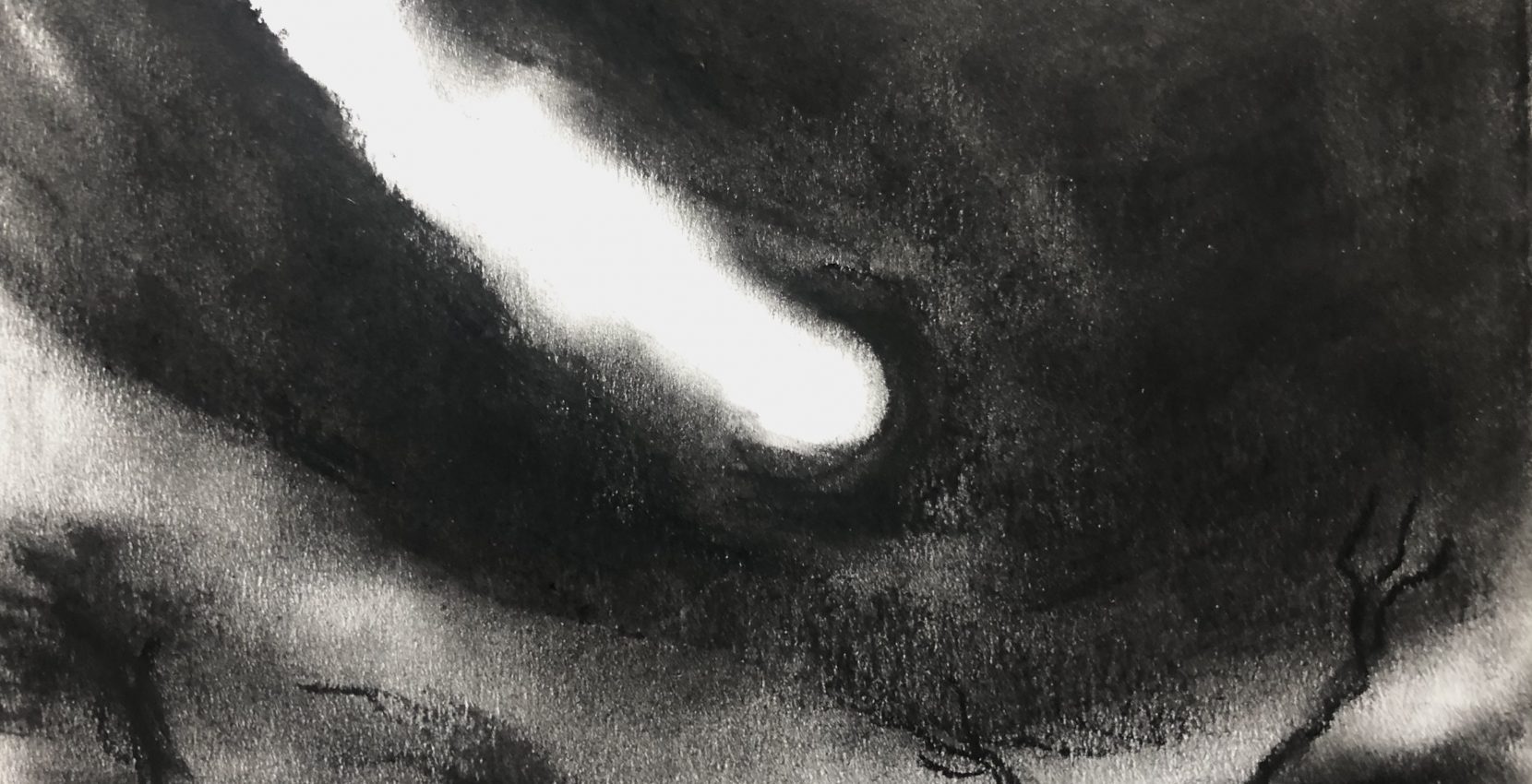 The Gesamtkunstwerk (meaning ‘total work of art’) by James Johnston and Steve Gullick is continuing to evolve leading up to the album release of We Travel Time later this month.

The musical work containing acoustic ambient and musique concrete references is able accompanied by Gullick’s moody abstract photography and Johnston’s opaque paintings and drawings. Neither artist set out to create a auditory platform for their visual works but the concurrence is affecting.

The giant shifts in chords and sonic layers creates classical headspaces and feels orchestral in its depth and shifting subtlety.

It is very much the sort of music that sends press release writers into a freely associative reverie where describing the music with full narrative sentences gives way to waypoint adjectives and verbs; flowing, lifting, dark, clattering, spiritual, concaternating etc. We’ll avoid over used things like evocative, cinematic, and atmospheric which fit, but really don’t tell us anything differentiating or new. At the heart of the the Johnston/Gullick collaboration is authenticity, there is something true in their music which is captivating.

“Having first met in 1991, music photographer STEVE GULLICK and JAMES JOHNSTON, founder of Gallon Drunk, began blurring the boundaries between audio and visual in 2004 when they formed their own band, ‘…bender’. They’ve maintained the habit ever since, with Gullick subsequently founding Tenebrous Liar and Johnston pursuing a career, alongside his work with PJ Harvey and a tenure in Nick Cave & The Bad Seeds, as an acclaimed visual artist and painter.

After working together on an art show in late 2019, the idea of making music again immediately resurfaced. Without any firm strategy, Johnston and Gullick began recording, unprompted, drawing upon a shared love of noise, folk, and classical. After the first tracks began to evolve, however, they knew they’d unearthed something compelling and fresh, not to mention unexpectedly mysterious. This became We Travel Time”

WE TRAVEL TIME is released by God Unknown on 26/02/2021. Pre-order the album here: https://godunknownrecords.bandcamp.com​

Previous Story:
State of the Art with Lorenzo de Medici

Next Story:
Gust(on) Winds of Wisdom