It’s a queasy, greasy, sleazy sort of sound that inspired a load of complaints from the upstairs neighbour, but he’s an idiot. 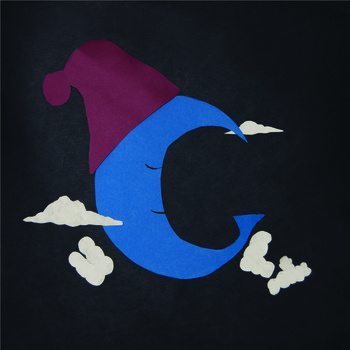 [dropcap style=”font-size:100px; color:#992211;”]V[/dropcap]ienna Ditto ‘s Nigel Firth talks us through the making of the Voodoo/Sci-Fi/Electronica duo’s most recent EP: Ugly.

The song ‘Ugly’ started life when a fellow boater stole my battery charger.

I stomped around for a couple of weeks, and out of the imagined conversations I was having with him came a little hook, something about things getting ugly, that fitted well to a rattling Saharawi rhythm that had been tormenting me for months.If you enjoy getting technical about these things, it’s a 12/8 thing, so it sounds like normal 4/4 that all pop songs are in, but all the fours are replaced by threes; TAtataTAtataTAtataTAtata.

Weirdly, or not-at-all-weirdly-if-you-think-about-it, it fitted a little blues slide thing that I had on the guitar.

We figured we could make a song out of it, and that it should sound really angry and unwell. We’re only a two-piece and neither of us really play drums- and doing it on the computer is just dull- so we set about drunkenly beating the hell out a narrowboat to build up a rhythm track, banging it with sticks, slamming the heavy metal doors and engineering a small crash; it sounded great bouncing off the warehouse by the canal.

bassy if you get close

enough, but they don’t

Fearing the wrath of my neighbour and the intervention of the Police we went back to Hatty’s house and padded round her living room in slippers recording her grumpy cat (this is apparently how they recorded Syd Barrett back in the day). Cats are actually incredibly bassy if you get close enough, but they don’t like it very much.

Next up were the guitars, I seem to recall they were unbelievably loud- I’ve got this lovely old valve amp that I found being thrown out of a house that was being renovated; apparently it was designed to be heard over the sounds of Beatles’ fans’ screams, but it can’t do quiet. It’s actually so loud it makes me feel slightly sick. We added to this nauseous feel by making all the strings a bit out-of-tune so that I had to bend them to try to get the right notes, and playing with a 50p piece as a plectrum.

It’s a queasy, greasy, sleazy sort of sound that inspired a load of complaints from the upstairs neighbour, but he’s an idiot.

We monkeyed around with all manner of old vintage synths and funny toys on it. One of the other tunes on the EP is mainly played on this mad old sampler that uses records to play back sounds, and the sounds it plays back are pretty much 90% hiss and hum; we used a bit of that too.

We like to decorate the studio to get the correct vibration for recording the singing; this time we hung kitchen knives about the place and projected Taxi Driver on the walls when Hatty recorded the vocals. There was actually a voiceover session the next day and we’d left all these knives lying about because we didn’t think it looked good carrying them late at night. Apparently the voiceover lady was quite disturbed by that.

You can hear the song on our new EP, we hope you like it. We seemed to upset a whole bunch of people making it.