Paramatma is about the supersoul.., I got it from a Vedic scripture and it talks (about) having the omnipresent god-spirit inside of you, that it’s (Paramatma) the observer and you’re the doer. – Mono/Poly Amongst the angst and the blood, the vine and the vile, the commercial media’s self loathing, the fear-edge tang of urine and nausea that accompanies spontaneous social movements we were given an EP of some weight.

Not truly iconic, but with moments stronger and more intense than the dust and talc that heralds the majority of commercial music it sparked somewhere important. Manifestations by Mono/Poly. There. You have the name.

Why? Well I won’t repeat the past (https://www.trebuchet-magazine.com/index.php/site/article/mono_poly_-_manifestations/). The mixture of tight beats, flowing keyboard structures and layer upon layer of ecstatic analogue (sounding) tone has created something distinct in the world of beats. The abstraction of beat based music is waned cyclically into some other area of sound. Psychotic hip-hop acts like Death Grips are starting to chart black intelligensia’s militant disaffection with ego. That pipe has been put down and a deeper understanding of the individual pressures of the new millennium has been picked up and thrown through the medium.

It’s nice when genres get thrown against a wall and instructed to stop peddling their cherry dappled thighs. Some acts do that with a fist and some make some statements with glory. The sweetest musical fruit has always tasted like a Pentecostal revival; improbably simple, superficially ignorant, but physically wise.

That’s the preamble, this begins with a Skype call…. 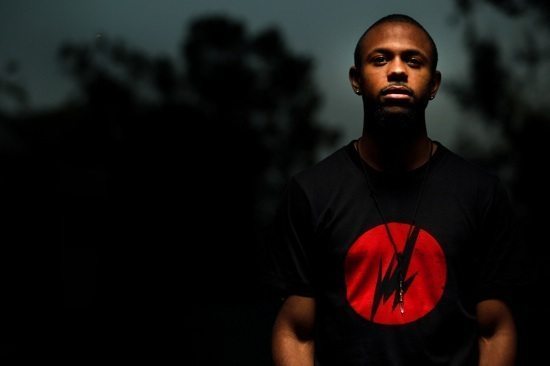 Paramatma is about the supersoul.., I got it from a Vedic scripture and it talks (about) having the omnipresent god-spirit inside of you, that it’s (Paramatma) the observer and you’re the doer.

Yeah, exactly.
It’s a really spiritual record. I ran into that name by accident. It fit perfectly with it… all the elements in it. It seemed to be real with the record and all the elements within that record.

Oh yeah. I mean, I like Manifestations but it was just an EP, there’s no real substance to it….  Paramatma was something much more…

Trebuchet: Why didn’t you tour on Manifestations? It had a good critical response.
I haven’t been on tour since ’09 , when I did Europe and Switzerland and France and all that… but I didn’t have my manager stuff settled this year so I missed a bit I suppose.

But with Paramatma one of things I tried to do was to make it a really transformative record, so there was a couple of tracks that didn’t fit, and one in particular got put on Manifestations.

Trebuchet: Tell me about the transformative element to Paramatma?

It’s basically going from dark to light, it has to have at least that general element in it to represent the transformation. There is a lot of symbology in that record and that’s all I’m going to say. So check it out because there a lot of positive energy in that record and it’s a really deep record, and why I say that it’s a really deep record is because it changed me!

It’s like some of the things that happened in that record I wasn’t fully conscious of until later. After I’ve learned more (spiritual) things. I’m like, wow, there is some channelling going on here, because there is no way I would be able to make this record if it was just me with my small ego! You know it took… it was really weird how it came about.

Trebuchet:What are you drawing from?

It’s a lot of things. I’d rather people picked it up. Gnostic stuff, Tibetan buddhism, symbolic imagery, magick in that kind of way, all that sort of thing. But it’s a really special record.

We didn’t put it out as well as we could have, but you know it’s my favourite record and I listen to it a lot! I mean that’s pretty rare, right? But I actually go back quite a bit and find things that I missed the first time around. It’s just that sort of record.

Trebuchet: Where do you go from making an intellectual soul record like Paramatma, for your next album?

I have a couple of things in mind, but I’m kinda split at the moment between two records that I want to make. I would like to make a double record but I’m not sure whether or not it would come out like that. I’m at the early stages of it.

Trebuchet: Do you have a process for coming up with music?

Not really. I guess I usually start with the drums and then build tones, layers and melody on top of that. I try and work with a lot of things but I guess not really for the super complex drumming or anything.

I make music most days, I like going out but I seem to spend a lot of my time indoors.  I’ll be working on something for ages and then kinda forget to go outside. I try and get out hiking sometimes though.  There’s mountains and stuff around that I go to.

Trebuchet: It sounds like with your interests you’d be into meditation?

Yes. I need to meditate more and at this point in time I usually astral project mostly, but I used to (meditate) a lot.

Astral projection was something that my dad and his friends used to talk about I overheard them and a lightbulb went off in my head. I thought that this was something that I really wanted to get into. So I read up on it and I was thinking that it seemed like some real difficult shit, but then I ran into the books of this guy called Robert Bruce and he showed different techniques for getting out your body that really helped a lot. And then I ran into [Flying] Lotus and we talked and it was like: ‘shit you’re into this sorts of things as well!’ He showed me some things, some videos and stuff and I tried, and it worked.

Trebuchet: So you’ve done it!

Yeah loads of times, it’s not that hard actually to get out of body. Everyone astral projects actually, every night or every time you go to sleep. So it’s a controlled lucid dream.

Trebuchet: Oh yeah, Carlos Casteneda wrote about remembering to look at your hands as one of the methods that people can use to control their dreams.

I heard when you look at your hands they melt. I haven’t done it but supposedly when they melt. It indicates that you’re in the astral realm. I usually put some pillows behind my head at 45 degrees early in the morning and then I come out from my third eye chakra and just float up.

Usually, I float around for a bit and then go to the akashic records and get shown some things or look something up. It doesn’t always work but I have got something out it. One time I was shown some Ableton technique and I was like ‘aha!’.

Trebuchet: Ableton. What, from the Akashic records?!?

Yeah. I tried it and it actually worked. Yeah. So you can use it for whatever you want to get information on.

Trebuchet: Wow. Can we expect to see you in Europe sometime?

Yeah we’re hoping to get out there soon.

Trebuchet: I can’t wait. Many thanks.

Paramatma and Manifestation are currently available through Mono/Poly’s site along with other great information and remixes. http://monopolytracks.com/