The nightmare of history menaces the month’s metal releases

[dropcap style=”font-size:100px; color:#992211;”]T[/dropcap]he last wolf in England howled its final throaty gurgle in the late 15th century, just prior to the start of the Tudor period.

What went through its head as it eked out its last days? Was it starving? Did it get caught trying to devour a hapless sheep? Did it wonder what happened to the rest of its kind or did it spend every moment running and hiding, only too aware that the hunters and their dogs could find it at any time?

This is something to consider; a watershed in English history, when we finally pummelled nature into a corner and turned the countryside into a land of flat caps, Range Rovers and straw dogs. Now the very idea that we had bears, wolves and lynxes running about the place seems alien, abstract; a jarring clash with our green, pleasant, and pesticide bathed land.

What the fucking hell this has to do with metal? Well, the theme for this month’s missive is haunting, or rather, how the past lurks around us and never goes away. The English countryside is haunted by all manner of dark wild echoes – and if you don’t believe me, walk along a country road at the dead of night and report back after you’re feeling suitably disturbed. Also, wolves are metal. Get with the programme.

Our first haunted act, then, is, fittingly enough, Grimner, a folk metal band with all the recidivism and historical obsessing that implies. Its new album, Frost Mot Eld, positively drips with Norse mythology and backward glances at an altogether grimmer (ha!) but perhaps simpler and certainly more exciting/scary time. It is also, irony upon ironies, not terribly original as it is both typical of its sub-genre (right down to the tempo and riffs and flutes) and certainly owes a massive debt to a certain outfit called Finntroll in terms of its surprisingly jaunty and whimsically upbeat tone (especially on one track, ‘Morkrets Hem’).

On the other hand, while it is certainly haunted by its influences, and is a standard album for its genre, that doesn’t stop it being very good, as key tracks Enharjarkvade and Midgard Brinner demonstrate. There’s lots of variety in the sound too, from hints of power metal to crunchingly heavy and abrasive little numbers like ‘Muspelheims Harskare’. All in all, very good fun.

Considerably less haunted, give or take some thrash and Bloodthirst-style flourishes, is Tides of Omniscience, the latest by yet another bunch of Swedes, death metallers Miasmal. This offering is from a band so underground (or perhaps tight-arsed), it recorded its album in its rehearsal room because fuck you, that’s why. And that sense of urgency and lack of compromise can certainly be heard in the album’s heavy and focussed old school death metal, and short, tidy, vicious songs which aren’t afraid to stray into death ‘n roll either. Gloriously nasty.

Finally, there is Across Corpses Grey, the new record by The Wolves of Avalon (you may now understand the theme), the historically inclined and very haunted British outfit, featuring The Meads of Asphodel’s Metatron and sharing much of its very post-black metal, progressive vibe, although focussed on aspects of British history which, like the wolves, still echo today. This time, the band focus on the very brutal events of The Wars of the Roses which, equally fittingly, finally drew to a close around the same time our last wolf standing did.

Half the album is taken up with a very long title track, staggering in at over half an hour in length. This being the Wolves of Avalon, it has the whole gamut – metal, folk instruments, flutes, female vocals, synths, more section shifts than you can wave a severed limb at… and yet for all this, it all goes together well and never sounds like a jumble. Instead, it is varied and engaging, not to mention suitably haunting. Did I mention parts of it fucking rock? Because they do, as the band pulls off the rare trick of producing a long track that keeps one’s interest care of the ideas, variety and excellent delivery.

The rest of the album consists of two covers. The first of these is ‘Th 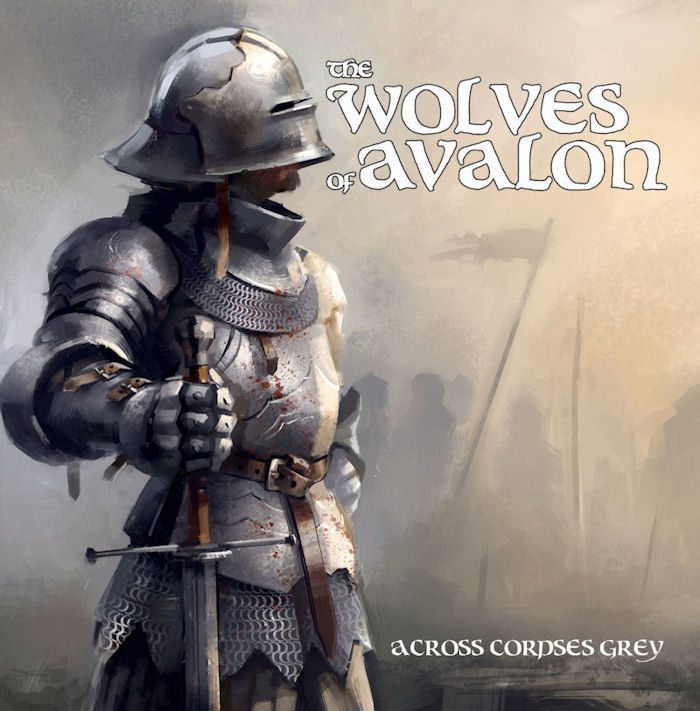 e Voice of Steel’, originally by ever-so-slightly – ahem – naughty Ukrainian black metallers Nokturnal Mortem. The end result is suitably brutal and faithful to the source material, though redundant if you have the original. Finally, the album ends with a blistering cover of Venom’s ‘Die Hard’. Now, it’s hard to fuck up a Venom cover – any such infraction will, of course, require you to burn your record collection and get yourself to a nunnery.

Fortunately, they don’t, this version bounding along with the same gleeful screaming madness of the original while not sounding like a simple clone. What remains with the listener, however, is the haunting quality of the main track, which is how it should be.

And the last wolf? It died alone, perhaps in a cave somewhere, in the woods, or at the teeth of a pack of hounds. It left no traces. But it haunts us still, and the land still lays uneasy to the distant echo of howling.

Previous Story:
Pin it, ‘Gram it, Tweet it. The Social Media Method for Predicting Gentrification

Next Story:
Yes, But Will There be Broadband? New Advances Improve Exoplanet Search