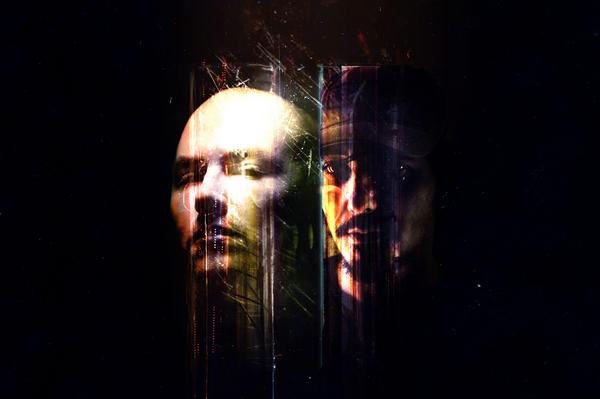 Amon Tobin‘s ‘Surge’, from the album Isam, is stark and unwelcoming. The opening melody: conveyed through what sounds like a field-recording of a Formula One gearbox, pitchbends its way through a harrowing series of chord changes which conjure alienation, anxiety and anger. Feathering in and out of this industrial soundscape are hissing, venting percussive elements (to call them ‘beats’ would be misleading, they are more like punctuation), orchestrated string harmonics and upper-register machine frills taking a contrapuntal role. An increase in tempo mid-way justifies the title ‘Surge’, as the song’s energy does just that. The track bleeds out into hissing, disjointed treble effects, impressing upon the listener an emptiness and emotional vacuum, unfulfilled.

Again the melody, which on the original seems so elusive, anchors the song.

Only on hearing the remixed versions of the song does the melodic robustness of the original become apparent. Emika, replacing the ‘gearbox’ melody with her own vocal, reverses the habitual process of remixing. Usually, a remix pulls out a vocal from an original track, rinses out everything else, then re-arranges around the singer. Emika instead fits her vocal into the given framework. Elsewhere Tobin, remixing the track himself for the Two Fingers version, chooses to introduce further elements – more beats, a bassline, an extended outro. Again the melody, which on the original seems so elusive, anchors the song.

16 Bit‘s mix brings the dubstep toolbox into play (although the beats veer more towards drum and bass patterns) with the customary chainsaw compressions and blastbeat fills. That said, the ghost of the ‘Surge’ melody is evident, but on this occasion via the contrapuntal voices which are used in the original – it is only in the final twenty seconds that the primary melody is used. High-hat scatter beats glitter in this version, with the ultimate proof of great beats evident – you can’t keep your head still when you listen.

In the Emika version, single notes, or reduced groups of notes from those chords remain, but the effect is skeletal, allowing the voice to dominate

Emika‘s vocal on her mix is ethereal. It is halting; breathy; fragile; unsure; vulnerable; tragic, and enchantingly beautiful. For less than two minutes it lilts with the cold, deadly beauty of surgical lancets; the unsettling antiquity of Wiccan incantations; the fleeting purity of choirboy sopranos. There is nothing even approaching a beat or a bassline, no string harmonies or tempo changes. Instead the sparse counterpoint of single keyboard notes is interspersed with stripped-down elements of the template track. In the original, chord changes are discernible. In the Emika version, single notes, or reduced groups of notes from those chords remain, but the effect is skeletal, allowing the voice to dominate. Her vocal follows the engine-rev melody from the album version, with the production retaining some of the same atmospherics, dropped at the same counterpoints as the original, but this time related to the vocal. This reversal of the standard remix procedure is astounding.

It is difficult, unsettling, exclusionary, but it is also pure, uncompromising and unapologetic.

What is interesting is how the different versions of the song relate back to the original version of ‘Surge’. In his review of the album for Trebuchet, Kailas Elmer admits that the work is ‘claustrophobic and frustrating’, and there is no denying that ‘Surge’ is that. What becomes apparent, on hearing the different interpretations of the song, is just how very valid it is to make music that expresses those negative emotions so purely. Hearing those aspects of the original being mutated by the remixes – augmented with beats and basslines; warped and compressed into something more palatable to club dancefloors; or given the reassuring solidity and drive of a human vocal – inflects the original with a clarity of intention that is suddenly impossible to miss. It is difficult, unsettling, exclusionary, but it is also pure, uncompromising and unapologetic. What originally seemed like music that is obtuse in its unwillingness to include any of the staple elements of songwriting (pace, groove, hook, narrative), suddenly becomes something else entirely. It is remote, but inviting: offering nothing but an opportunity for the listener to engage with it, or not. After getting the hang of the original, the Two Fingers mix feels like a betrayal. Which betrayal is worse – the feeling that you are being pushed away in the original (an antlike base humanoid that looks on in near-total incomprehension) – or the simplified, dumbed-down version with its phat bassline coming in at three minutes and beats that speak to the non-analytic parts of the psyche? The remix suddenly seems too busy, too easy, like being put at a level beyond your abilities, but then being sent back because you couldn’t quite keep up.

Occasionally we all need reassurance that there remains a corner or two of the world where artistic creation continues to flourish – where the simple tastes and demands of the lowest common denominator are not religiously catered to, and where artists accept that their role is to exist outside of the society they represent. To lead it, not follow. Without labels like NinjaTune giving creative space to artists like Amon Tobin and Emika, the casual listener would not have the chance to experience contemporary musical visions that exist outside of the mainstream’s instant but fleeting gratification demands. Such art exists elsewhere, grouped around small labels and web-communities, but the organisational skills and resources of a label with over two decades of survival behind it offer a better chance of continued existence to musicians who create at the same level as fine artists. They also have the same responsibility to escape the routine and predictable life decisions which destroy the individuality and humanity of the masses.

Artists, real artists, who have no choice but to live outside of the system upon which they cast interpretation, cannot exist within it. They are shamen, not priests. Allowing them a mechanism to do so is crucial, and must never be compromised by commercial concerns. Without free art we become no more than sophisticated robots.  Defining why or how in an EP review becomes an object lesson in the futility of words to adequately express a series of value judgements; emotional trigger/response loops, and linguistically indefinable concepts. Suffice to say that this EP has the potential to rearrange your mind. Whether or not you consider that a good thing, is your call.