Is it Done Yet? Archaeologists Find 5000 Year-Old Recipe for Beer

[dropcap style=”font-size:100px; color:#992211;”]B[/dropcap]arley mash pots, starch grains, funnels, filters. There’s no getting away from it – the Yangshao people of northern China were brewing beer.

And whilst the ingredients may not have been strictly within Reinheitsgebot purity parameters, there is one very salient point that we would like the brewers of Budweiser to take note of (and apply to their own filthy practices):

NOT EVEN THE ANCIENT CHINESE USED RICE TO MAKE BEER, YOU REVOLTING DEGENERATES!

Archaeological artifacts from a site in northern China suggest a 5,000 year-old recipe for beer, according to a new study. The time of onset of beer brewing in ancient China remains unclear.

Jiajing Wang and colleagues report the discovery of brewing artifacts in two pits dated to around 3400-2900 BC and unearthed at Mijiaya, an archaeological site near a tributary of the Wei River in northern China. Yellowish remnants found in wide-mouthed pots, funnels, and amphorae suggest that the vessels were used for beer brewing, filtration, and storage. Stoves found in the pits likely provided heat for mashing grains. 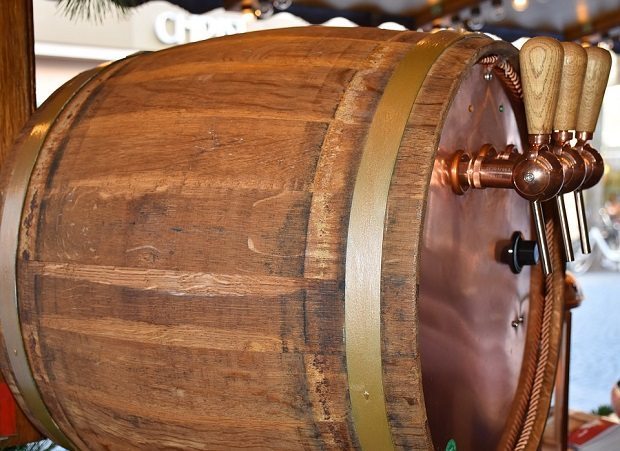 The presence of oxalate, a byproduct of beer brewing that was identified using ion chromatography, in some of the artifacts further supported their use as brewing vessels.

Together, the lines of evidence suggest that the Yangshao people may have concocted a 5,000-year-old beer recipe that ushered the cultural practice of beer brewing into ancient China. According to the authors, the identification of barley residues in the Mijiaya artifacts represents the earliest known occurrence of barley in China, pushing back the crop’s advent in the country by approximately 1,000 years and suggesting that the crop may have been used as a beer-making ingredient long before it became an agricultural staple.

Next Story:
Musicians Wanted: Singer. What Lies Beneath (Mike Kershaw)