TUM have discovered something that actually does deter women from applying for a job, even if they are qualified: the wording of the job ads. 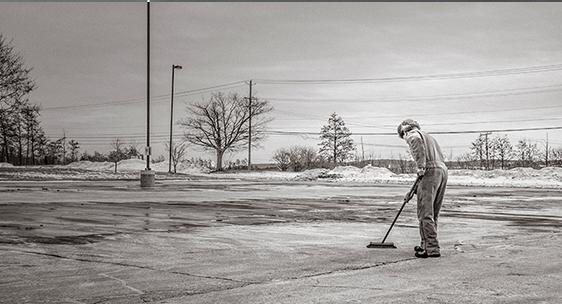 [dropcap style=”font-size:100px; color:#992211;”]W[/dropcap]omen tend to shy away from applying for jobs if the description seems too ‘male’.

Although you have to give credit to Miley Cyrus for her recent foray into the traditionally male-dominated construction industry.

“We don’t have many women in management roles because we get so few good applicants.” Companies can be heard lamenting this state of affairs with increasing frequency. Just an excuse? Scientists from the TUM have discovered something that actually does deter women from applying for a job, even if they are qualified: the wording of the job ads.

The scientists showed some 260 test subjects fictional employment ads. These included, for example, a place in a training program for potential management positions. If the advertisement described a large number of traits associated with men, the women found it less appealing and were less inclined to apply. Such traits include “assertive”, “independent”, “aggressive” and “analytical”. Women found words like “dedicated”, “responsible”, “conscientious” and “sociable” more appealing. For male test subjects, on the other hand, the wording of the job advertisement made no difference.

“A carefully-formulated job posting is essential to get the best choice of personnel,” says Prof. Claudia Peus from the Chair of Research and Science Management, who headed the study. “In most cases, it doesn’t make sense to simply leave out all of the male-sounding phrases. But without a profile featuring at least balanced wording, organizations are robbing themselves of the chance of attracting good female applicants. And that’s because the stereotypes endure almost unchanged in spite of all of the societal transformation we have experienced.”

The scientists demonstrated in conjunction with a team from New York University that traditional perception patterns do apply, not least in respect of leaders. In a survey of around 600 US-Americans of both genders, respondents considered women and men to be equally competent, productive and efficient on a fundamental level. However, they rated men’s leadership skills more highly. Not only that: the women believed themselves and other women, on average, less capable in this area than the male respondents perceived themselves and others of their gender.

Whether women are believed to have the will to lead others depends largely on the emotions they show. This is one of the findings expounded at an interim presentation of the project last year. The team of scientists has since studied the role of emotions in how leaders are judged in more detail:

Bosses need to display anger from time to time in order to assert themselves – or so the prevailing belief goes. In a bid to examine the validity of this cliché, the scientists showed more than 500 test subjects videos or scenarios, in words and pictures, of a leader summarizing a bad business year to employees. The superiors showed either anger, sadness or no emotions.

The way the test subjects saw it, the angry bosses drew their power predominantly from the threat of penalties and by emphasizing their status. They obtained less power by showing their appreciation for others than did the leaders who displayed sadness or emotions. Angry superiors thus lost out on an interpersonal level. Consequently, the test subjects would be less loyal to the angry managers and would rather attempt to thwart them in their intentions.

“A tough tone of voice equals authority – that’s just not true,” says head of study Prof. Isabell M. Welpe from the Chair of Strategy and Organization. “The position of power held by leaders who take their anger out on their staff may indeed be acknowledged. But it doesn’t earn them lasting loyalty – on the contrary, they risk being betrayed at the next opportunity.”

A further study confirmed that a boss’s empathy has a positive impact. The scientists questioned more than 400 test subjects on their own working lives or asked them to evaluate a fictional discussion meeting following successful talks with a customer. The focus was on whether the managers expressed gratitude to their staff or pride in their own achievements.

What the study found was that saying “thanks” brings many advantages, not only in “real” life but in working life too: the more the managers expressed their gratitude, the happier employees were, both with their boss and with their job in general. On the other hand, a leader’s pride may boost people’s general job satisfaction, but the leaders themselves fell in the team members’ estimation – for being too self-centered. 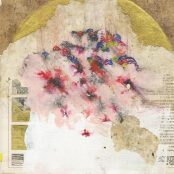 Next Story:
Genocide and Its Aftermath