Legendary Guitarist Wilco Johnson of the Dr Feelgood has been diagnosed with Cancer of the Pancreas. 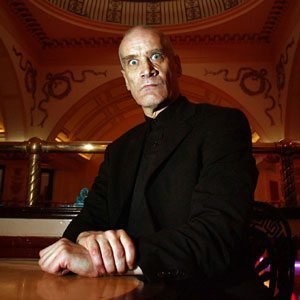 Legendary Guitarist Wilko Johnson of Dr Feelgood has been diagnosed with Cancer of the Pancreas.

Renowned for his angular guitar playing, frenetic stage presence, and being an inspiration for a variety of seminal post-punk bands he’s a man who lives the celebration of his life.

A poignant punk, he’s refusing chemotherapy treatment and is embarking on a trip to Japan followed by a farewell UK tour.

His manager Roy Hoy has issued this statement:

“Wilko wishes to offer his sincere thanks for all the support he has had over his long career, from those who have worked with him to, above all, those devoted fans and admirers who have attended his live gigs, bought his recordings and generally made his life such an extraordinarily full and eventful experience. Thank you.”

Since parting ways with Dr Feelgood in 1977 Wilko has continued to play in a variety of groups and expressing his unique self to fans around the world.

See you at the front!

Photo courtesy of Wilko Johnson.net a solid destination site for more information on this much loved guitarist.