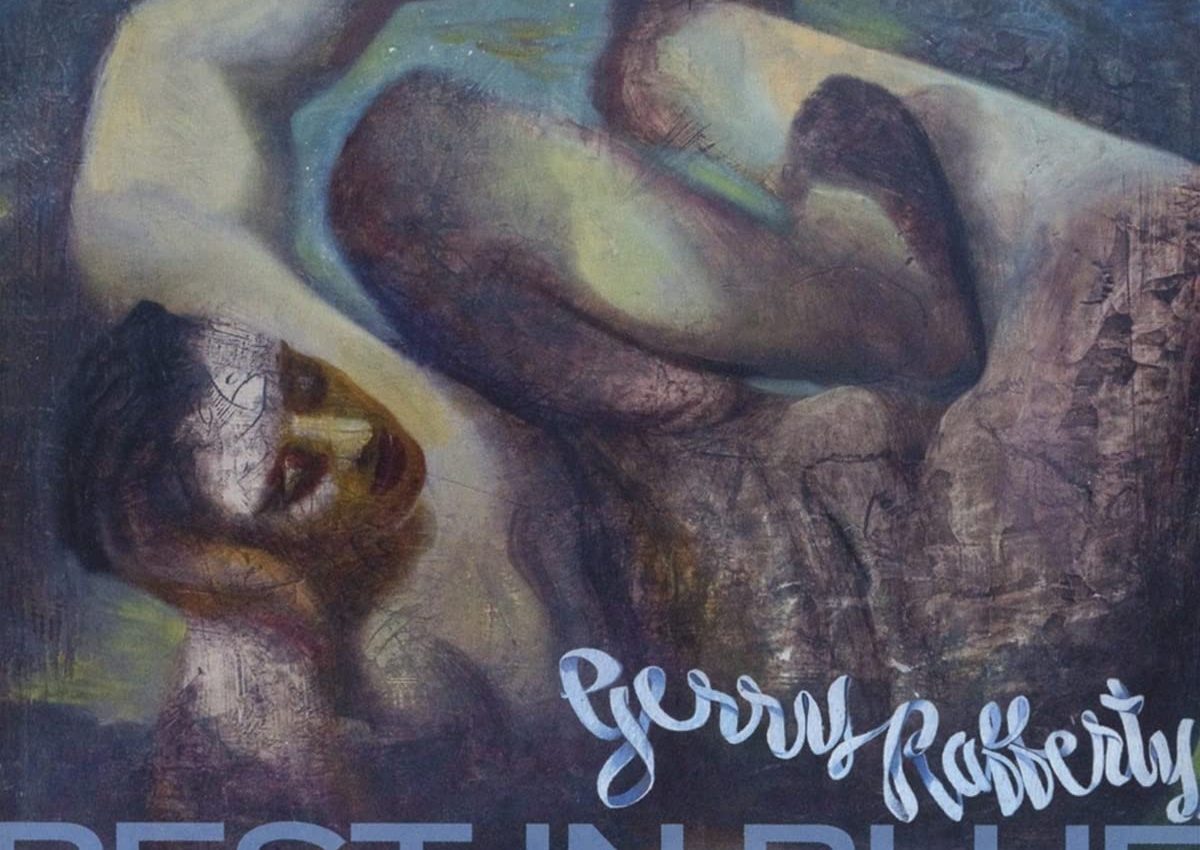 Crossing a score of years Gerry Rafferty’s Rest in Blue and Ásgeir Trausti’s Time on My Hands might not have much to connect them. Time conspired to see the release of both records in 2022 but this coincidence has prompted a look at this pair of records in ways that aligns both the worlds they saw and their approach to songwriting as an interdimensional craft.

There is little else like a Gerry Rafferty record. It sits within its own oeuvre of melodic rock where listeners are drawn into an age marked as much by the dreams of late 70s/80s New York glitz as it was by the poverty and grind of real life in Europe. And while he explored further than his epoch making Baker Street (1978), with its evergreen radio hit, saxophone and zeitgeist enveloping weariness, it will be the forever to which all his others are timed.

So it is that, Rest in Blue, Rafferty’s first posthumous release on vinyl (April 15 2022) is a beautiful record overshadowed by its author’s fatal mystique, his previous successes and the fading of the era his songs defined. And yet, despite the author’s ill health the thread of Rafferty’s vision remains undimmed and his hand sure.

Brought on by decades of alcoholism, Rafferty died of liver failure at his daughter’s house in Stroud on January 4th 2011. The world remembered and mourned, his talent praised and his difficulties framed within the familiar figure of tortured genius, sensitive observer, and bipolar alcoholic. But little enough attention was paid to his incredible knack for urban transcendence. The way he captured those brief moments of poetry within the ordinary and set them within melodic settings, achingly beautiful, instant and profound. For example, the moving stasis of train travel, where between places and types of being, we can muse ourselves into other lives where we’re better versions of ourselves – in active transit, but nowhere effective, and so, perfect. The melancholia sneaks in as we know we’ll wake through the ticket barriers, but transcendence in a speeding moment freed from the realities of either end.

Characterised by his exploration around the ideas of dislocation, anomie, yearning, much of Rafferty’s most successful works (‘Long Way Round’, ‘Stuck in the Middle with You’, ‘Baker Street’, ‘Mattie’s Rag’, ‘Take the Money and Run’) revolve around the question ‘where is here and why aren’t we there yet?’ But in albums like Rest in Blue he seems to have found an appreciation of the here and now that releases his earlier ideals of yearning towards an acceptance of what is; good and bad. On ‘You Are All I Want’ he’s holding someone close, happy for companionship.

On the harrowing ‘Full Moon’ there’s a resignation to his fate and when he sings “there’s a battle I can’t win” there’s a supplicative vulnerability in his voice that is as much a deathbed confession as a tight grip on life. And in rocking numbers like ‘Sign of the times’ and ‘Slow Down’ you can feel an artist finding vitality through wailing guitar solos, rousing riffs, and modern flourishes. Gone is the yearning, rather the twinkle of someone buying a ticket for all today is worth. Someone with a clear idea of how much they have left and how that affords them a stereoscopic vision of what is front of them. Rest in Blue is transcendent, not in terms of what might be but rather what the now means.

– ‘Look at me now’ Gerry Rafferty

Ásgeir’s album Time on My Hands contains another, contemporary form of urban transcendence. The world has changed since Gerry Rafferty wrote his odes to personal utopias and anomie but the themes remain. Ásgeir’s adultronic compositions are rich layered portraits of people dislocated by a pandemic, electronic work and endless smoke painted shapes that we’re asked to inhabit. The repetitive pulses of electronica beats and melodic wafts of synthesiser tones are composed by Ásgeir with a keen aim. This is his fourth album and one imagines that with this composition he’s stepped back from pure personal expression and worked to create scenes. Yes the narrative voices in the songs are his own, but in the spirit of pure pop-craft, he’s reaching for universal themes.

On the title track ‘Time On My Hands’ Ásgeir muses on being in a moment and yet in the thrall of the past. Time in this context is like a weight that has gathered an insurmountable mass.

– ‘Time on My Hands’ Ásgeir

Hardly the most imagist of lyrics and yet set within interlocking cycles of pizzacato midi-strings, soft brushes of acoustic guitar and a brass refrains, smoke takes flesh and they become embodied. Within its languid in-pocket beats there is a melancholic static lethargy, and yet underneath there is an insistent pulse that drives the track inexorably onward. The narrator is looking back on when he was younger and afraid of dying before he’d achieved anything, a long time later he’s in their same place.

It’s simple stuff but universal and in how Ásgeir uses familiar musical instruments as a structure but then uses various processed sounds; sighs of synth texture, clicks, subtle crying strings, incidental vocals, gives each turn a unique flavour. Perhaps a reminder of the inevitable change within the repetitious machine of life. Ásgeir’s world is organic, and these sonic mutations, shepherded by his restrained sensibility, elevate a fairly simple song into orchestral pop classicism not unlike John Simon’s work the Band. Like Simon, Ásgeir understands the importance of balance, and using the throaty timbre of the horns he gives a humanity to what might otherwise be an above average example of clinical Scandinavian muzak.

Great albums always contain an obvious element of danger, they show where they might fail, but pull it off in the end. The thin ice that Ásgeir negotiates is around the flatness of folktronica itself, which might be as much as to say that he’s a product of his time. He never goes full rave, never full folk, and following a central line through genres the tracks flow one after each other to provide a smooth (See Yachtrock) unbroken journey, but the tonal sameness threatens the achievement. And it is an achievement.

Ásgeir seems to approximate the human voice in every instrument he uses and harmonises them with a noted ‘choral’ quality. Which is precisely what makes the whole album such a delight. On almost all tracks he builds an immediate human expectation in the listener with a few complementary motifs working with the beat, teasing a crescendo, then pulling away before introducing it again in an unexpected way. This gives each of the songs a longevity which encourages repeated listening and suggests the jazzy direction of sophisticated groups like Steely Dan, albeit with a more primal chordal palette. But unlike Steely Dan, Ásgeir wants to close the distance between the music and the listener, and it’s that sung quality, the simple language, the tight vocal range, that carries the listener beyond time.

The lyrics leave themselves open, emerging to imprint a conscious/subconscious connection. ‘Time On My Hands’ could refer to any number of situations but within all those moments there is something unified, and meeting that we find another essential form of ourselves. Another aspect of great records, be they by Gerry Rafferty or Ásgeir is that they inhabit their time in definite emotive ways. Rafferty’s poems of the self in movement have a resonance with Ásgeir’s songs suggesting the search for definition in vague times. In both cases, the songs contain the wishes of the listener not in terms of fulfilment but in the fluid surety of at least knowing what one wants, and in that profound three minute and thirty second moment of pop reflection the future is an open road.

Time On My Hands – Ásgeir