A while back, I went to the twenty-year retrospective of Urs Fischer’s work at the Museum of Contemporary Art (MOCA) in Los Angeles.

I also wanted to spend the day with my five-year-old son, so I took him with me, hopeful that Fischer’s unique subject matter would intrigue him enough to captivate his interest while I toured the exhibit.

As I had hoped, when we first entered the exhibit, my son’s expression was one of awe. A melting silhouette, a house made of baguettes, and a roomful of skeletons were not what he had expected when I had told him that we were going to visit an art museum. Running from room to room, he inspected every piece in the exhibit, which was in itself inspiring to watch.

One aspect I find interesting about much of Fischer’s work is its impermanence. In the article “Roll with It,” written for Frieze magazine, Tom Moore emphasizes the fact that “Fischer shows us what this world might look like when the rot sets in.” This is evident in “Untitled (Bread House)” (2004-2005), for example, which looks very different today to when it was first constructed. This is because the “house,” which once stood fully intact, is now crumbling. Because so much of the bread with which it was constructed has decayed, one can’t help but to “think about the inevitable passage of time” and its effect upon us, as expressed on MOCA’s website. 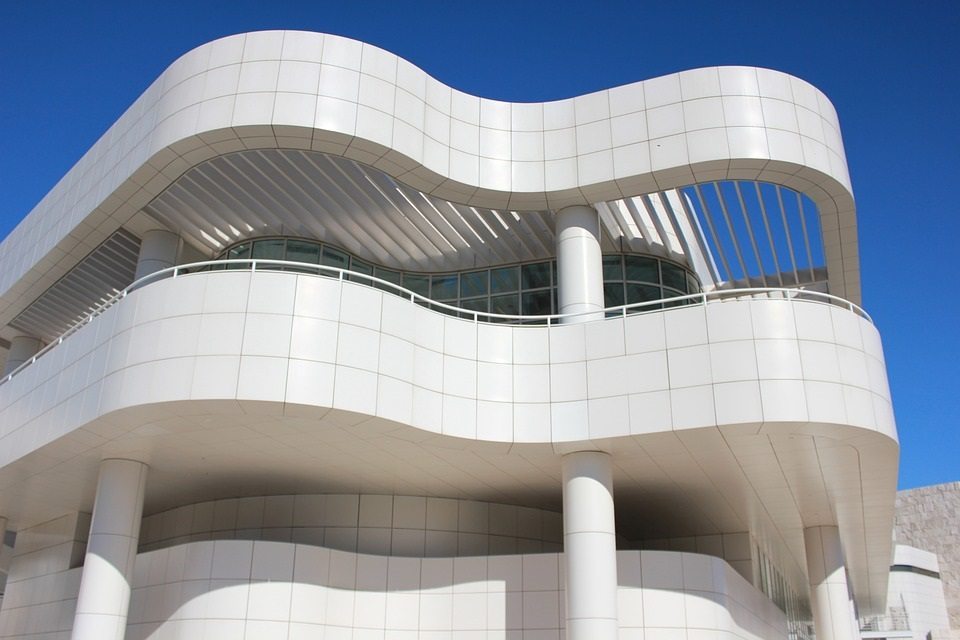 Much of Fischer’s “impermanent” work embodies a haunting quality, but a few of his sculptures convey quite the contrary. One piece on exhibit that really caught my eye is “Horses Dream of Horses”. As described on My Modern Met, this installation is “reminiscent of a frozen spring shower, 1,500 plaster and resin raindrops strung on nylon filament hang magically in mid-air.” With its oversized, cartoonish blue raindrops, the piece is anything but haunting. Instead, its childlike playfulness is apt to bring smiles to most observers.

I am often drawn to art that triggers my emotions, feelings, or, as in this case, a memory. Unfortunately, two-dimensional duplications don’t always have the capacity for eliciting such. When one views artwork up close, one is more apt to connect with it on a visceral level and experience its overall impact. Not only was I reminded of this by my son’s reaction to Fischer’s exhibit but by my reaction to “Horses Dream of Horses,” too.

Urs Fischer’s most recent work is currently on display at the Piazza Signoria, Florence until January 21st, 2018